Social cause and contests 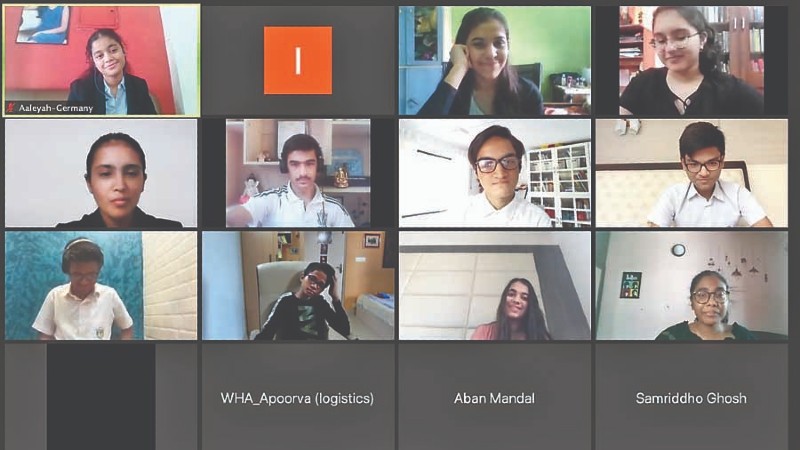 Eleven schools, a host of live and recorded events and a social cause — that was Morpheus 2020 in a nutshell. Hosted by South City International School, in association with the TTIS, the inter-school fest saw the students raising awareness through social media and innovative campaigns on menstrual hygiene. The event also raised funds to distribute sanitary kits for the underprivileged.

A Model United Nation (MUN) was held over three days, raising awareness about the pandemic and related issues. The event, held in collaboration with Jadavpur University’s Model United Nations club, saw students dividing themselves into four committees — World Health Assembly, United Nations Security Council, National Security Council and International Press Corp. The team from Delhi Public School, Ruby Park, was adjudged the Best Delegation. “There were some offline pre-recorded events that we uploaded on YouTube during the fest. They included dance contest Pandemic! At the Disco, music competition Rockdown and a web comic contest Flat-toon The Curve among others. We tried to use puns related to Covid-19,” said Class XII student Roshni Banerjee, who was the president of this year’s event.

“All the students have outdone themselves. My boys and girls managed everything themselves — from collecting funds to getting the sponsors. They conducted each event so seamlessly. Soft skills were enhanced for all participants. There was never a dull moment for the five days,” said principal John Bagul. 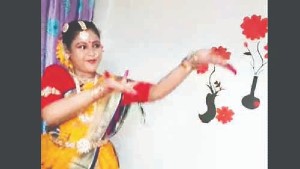 Estrella: Provided students a competitive platform to unveil their talents in various fields

Heritage Academy High School has been taking many initiatives to motivate the students with various events to heal their boredom. One such attempt named Estrella has been taken by the school in association with Telegraph Young Metro, where the students received a competitive platform to unveil their talents in various fields. The school held many contests for all the students from Playhouse to Class XII. The little angels of Playhouse, nursery and preparatory took part in rhymes telling and fancy dress competition. It was followed by storytelling competition and elocution contest performed by the students from classes I to IV. Students from classes V to X took part in quiz, extempore, talent hunt and debate competitions. Even students of classes XI and XII made video on the topic New Normal. 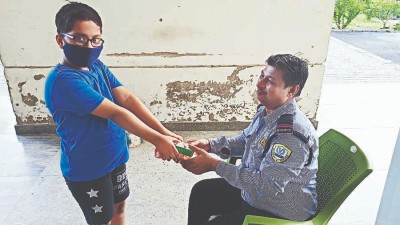 Joy of Giving Week, also known as Daan Utsav, is no less than a festival for Indians. Given the prevailing circumstances, this year the students celebrated the occasion on a personal level. Students showed love and kindness to their helpers and drivers. They donated masks, sanitisers, clothes and dry food items to the needy. The children distributed essential products such as groceries to drivers, maid-servants, security guards and the like. Some also showed their concern for the underprivileged by making posters titled We Care. “Every year, this occasion is done on a large scale. But, we could not do so this year. However, it was encouraging to find that the students took motivation from the teachers and celebrated the occasion personally,” said headmistress Farida Singh.

The BP Khaitan Memorial Discourse 2020, virtually organised by The BSS School in association with The Telegraph Young Metro and Calcutta Debating Circle, turned out to be a learning experience for all. The event saw 12 schools from United Kingdom, Middle East and different cities of India competing against each other through arguments and rebuttals. The Bishop’s School Pune won the trophy with Tarang Rathi of the school, speaking for the motion, clinching the Best Speaker prize. The motion — Truth is What the Masses Believe — had the proposition and opposition pitting the relative against the objective. Tarang was eloquent in his justifications in both the prelims and the finals. The moderator was entrepreneur-columnist Swati Gautam of Calcutta Debating Circle. “In a competitive space, where excellence is a cliché, we must prepare our students for the outer world. These days when kids are engrossed in technology they often forget to communicate in the real world. Hence the need for elocution and debates that builds the argumentative and communicative skills of students. Organising an international debate has been a great learning experience for all,” said The BSS School principal Sunita Sen.