The remaining 800m stretch should be completed in five months, if there are no further problems 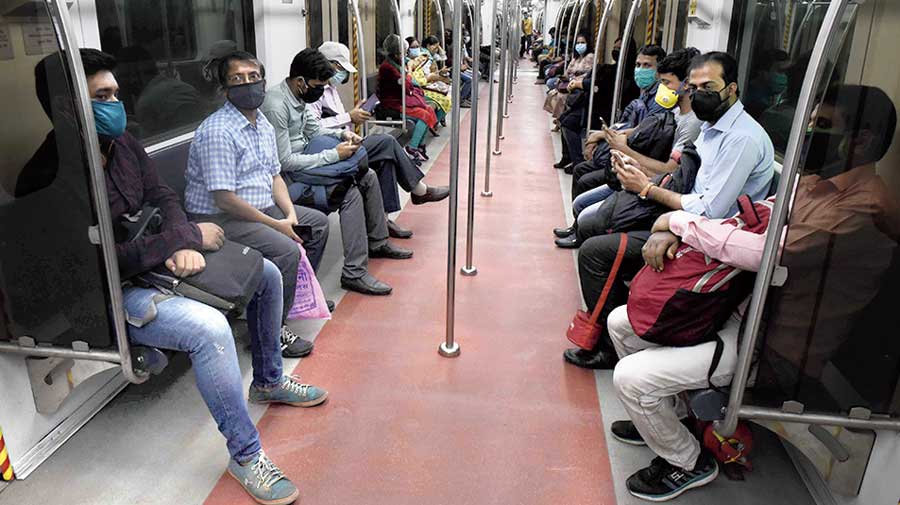 Metro trains should run between Sealdah and Sector V in the East-West corridor by the end of 2021, general manager Manoj Joshi said on Wednesday.

“Sealdah station should be ready and commercial trains would be extended to Sealdah by December this year,” Joshi, also the general manager of Eastern Railway, said at the Fairlie Place headquarters.

After finishing one leg of the East-West Metro tunnelling between Esplanade and Sealdah on October 9, a tunnel boring machine took a U-turn and started boring the remaining 800m stretch of the west-bound tunnel on Monday.

Two boring machines had started moving from Esplanade towards Sealdah in early 2019. But work was stopped for around six months after a number of buildings in Bowbazar developed cracks or subsided when one of the machines hit an aquifer in August 2019.

The remaining 800m stretch should be completed in five months, if there are no further problems, said officials of East-West Metro.

“A bulk of the work is complete in the upcoming Sealdah station...,” said Joshi.

In the North-South corridor, Metro trains should run up to Dakshineswar by the end of February, Joshi said.

On December 23, a train undertook a trial run on the Noapara-Dakshineswar extension stretch of the North-South Metro network for the first time.

The two new stations, Baranagar and Dakshineswar, are ready.

“We will conduct some more trial runs from the middle of January and then have a CRS (commissioners of railway safety) inspection. A clearance from the CRS would allow us to start commercial services till Dakshineswar...,” Joshi said.

Once operational, the new Metro link will be the hope for thousands of office-goers from Dunlop, Bonhooghly, Belghoria and other areas on the northern fringes. Since the closure and subsequent dismantling of the Tallah bridge, a large section of these commuters has been using Noapara Metro station, which is not easily accessible via road.

A pipeline to provide aviation fuel had to be shifted for construction work. “The issue has been sorted out. Indian Oil has agreed to temporarily shift the pipeline to facilitate the Metro work,” Joshi said.

An underground Metro station connected to three lines — New Garia-Airport, Noapara-Airport and Airport-Barasat — is being built on the airport premises, around 150m from the new terminal.

“Once ready, it will be India’s largest underground Metro station,” Joshi said.