They had not seen a significant jump in patients seeking admission, a larger percentage of people being tested at their facilities were turning out positive 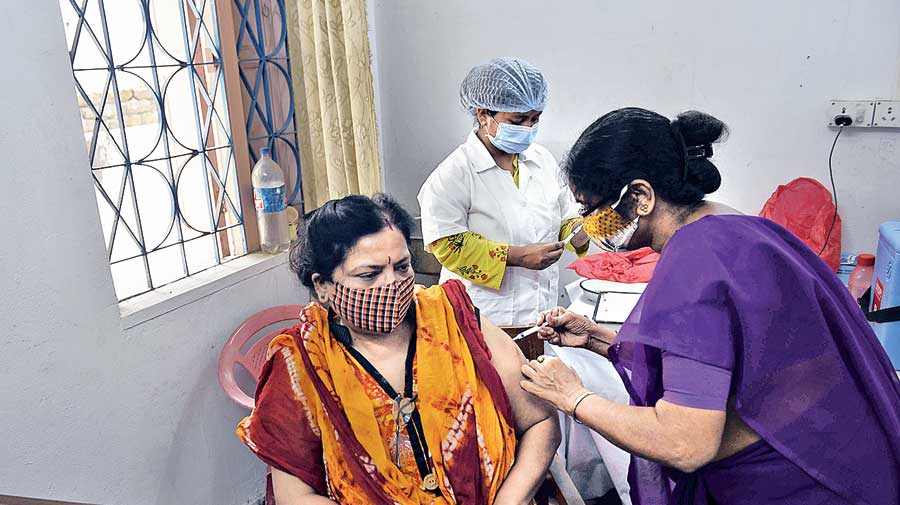 Several private hospitals in the city have increased their Covid bed count because of a steady rise in the number of cases and an increasing percentage of people testing positive are being hospitalised.

All these hospitals had reduced the number of Covid beds in December and January following a significant dip in the number of cases. But over the past week they have been converting non-Covid beds into Covid ones.

Several other hospitals are considering doing the same because the existing Covid beds are filling up fast.

Between Wednesday night and Thursday afternoon, 13 people who tested positive for Covid-19 got admitted to AMRI Hospitals Dhakuria. An official of the hospital said they had around 90 beds in the middle of 2020, when the epidemic was at its peak.

However, as the case count started dipping, the number of beds was reduced. In January, the hospital had 11 beds, including nine ICU ones, said the official.

“After we reopened the Annex I building, the number of Covid beds was increased. In February we had 40 beds. We have added 10 more beds over the last two days,” the official said.

As of Thursday evening, the hospital was treating 40 Covid patients.

Belle Vue Clinic had reduced the number of Covid beds from more than 170 during the peak of the epidemic to 34 in December.

The Covid ward used to have eight to 10 patients towards the end of last year, an official said.

Over the past week, the hospital has increased the Covid bed count to 45. Only five beds were vacant on Thursday.

Charnock Hospital had only 15 Covid beds in January, compared with 100-plus in mid-2020.

“We used to have four to five patients in the Covid ward in January. But with a rise in the patient flow, the bed count has been increased to 40. We now have 29 patients,” said Ipsita Kundu, the CEO of Charnock Hospital.

Peerless Hospital had converted four wards with 150 beds into Covid treatment facilities last year. It started reducing the number in December and in January, it had one ward with 38 beds.

Almost all the beds were occupied on Thursday. Officials of the hospital said they would add beds if the trend persisted.

Some hospitals said that though they had not seen a significant jump in the number of patients seeking admission, a larger percentage of people being tested at their facilities were turning out positive.

At the RN Tagore International Institute of Cardiac Sciences, 1.8 per cent of the people who were tested in February were positive. That has now risen to five per cent.

During the peak of the epidemic last year, Metro had reported that many private hospitals were seeking deposit money from Covid patients. Those who were unable to pay were refused beds.