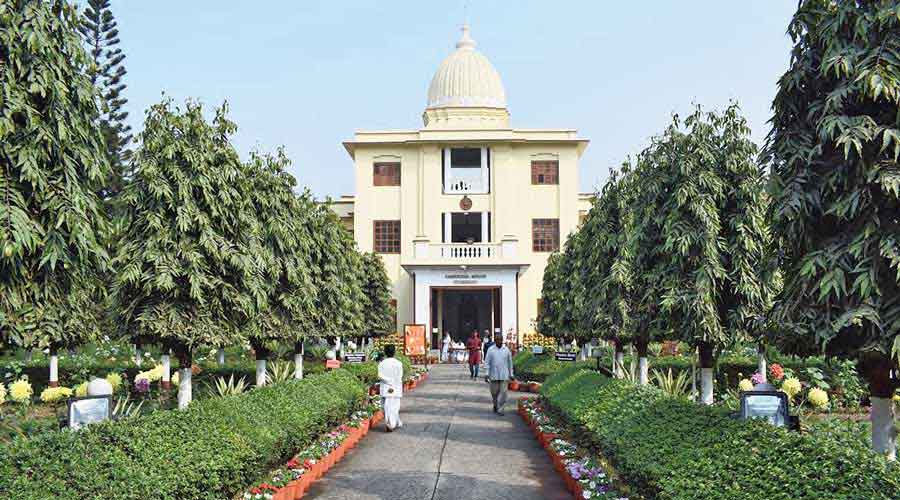 Ramakrishna Mission Vidyamandira, Belur, will screen prospective students based on a candidate’s performance in the secondary and plus-II board exams and online viva in some of the subjects.

“Some of the departments think in the absence of the Class XII board exams, an online viva will help them screen candidates,” said principal Swami Ekachittananda.

A meeting by the admission committee of the institute on Wednesday had decided that an undergraduate aspirant would be screened solely on the basis of marks in Class-X and XII board exams in three subjects — English, political science and economics.

The institute has scrapped admission tests on the campus this year because of the pandemic.

An official of the college said, from the faculty of science, physics, chemistry, mathematics, computer science, microbiology, zoology and industrial chemistry would conduct a viva over digital platforms to select the students from a pool of candidates shortlisted based on marks.

In humanities, Bengali, Sanskrit, philosophy and history will hold the online viva.

“We left it to the departments to decide what they deem fit to select a student. Some of the departments are of the view that since the boards and the councils this year will prepare the plus-II results based on performance of class 10, 11 and 12 respectively, holding an online viva was a must to screen a bright student,” Swami Ekachittananda told Metro.

Swami Ekachiitananda said the dates of the submission of form would be announced once the boards announce the dates of publication of results.

Asked on how the three departments — English, political science and economics that have decided not to conduct  online viva — would select their students in case the marks of the shortlisted candidates were tied, principal Swami Ekachittananda said: “In that case, a tie-breaking methodology would be applied. Details would be announced on the website of the college.”