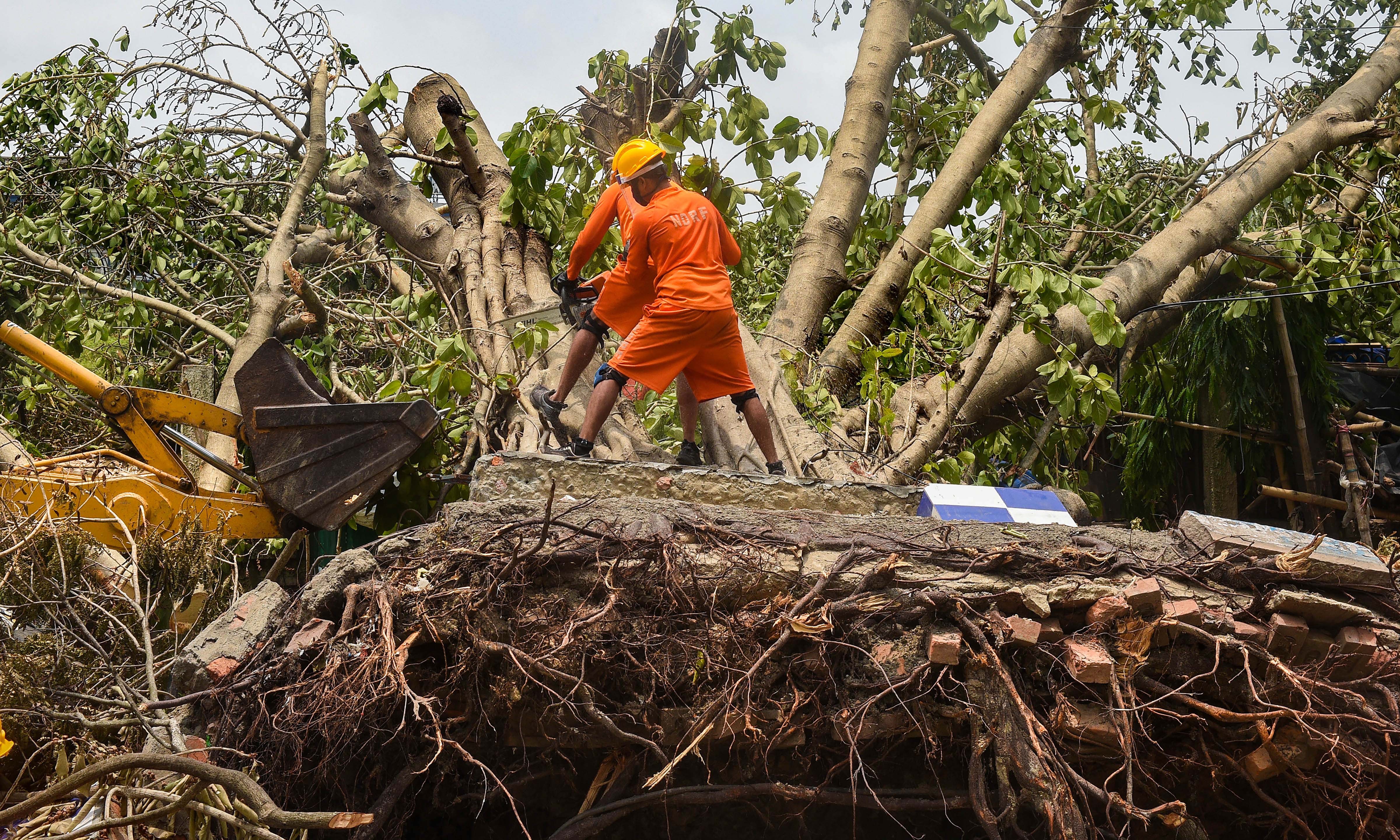 An overnight downpour, coupled with gusty winds, claimed at least two lives and dealt a fresh blow to the city and other south Bengal districts on Thursday, a week after cyclone Amphan battered the state, leaving behind a trail of destruction.

In North 24 Parganas, a 40-year-old man was killed and five others were injured after a brick wall collapsed on them, police said.

One person died in a lightning strike at Durgapur in West Burdwan district, a disaster management department official said.

Sources in the city traffic police said the squall, which started on Wednesday evening, left parts of Central Avenue, MG Road, Bidhan Sarani and Ultadanga heavily waterlogged for at least a few hours, inconveniencing workers undertaking relief work in the wake of the May 20 cyclone.

In Howrah, several areas including Panchanantala Road, Shibpur, and Mandirtala remained inundated, with just a few shops lifting shutters during the day.

Official sources said the heavy rain, preceded by the Nor'wester, has also disrupted life in Nadia, Hooghly, North and South 24 Parganas, East and West Midnapore districts, which are already under severe strain for the past eight days due to the cyclone.

Protests that had been raging on in the Amphan-hit city seeking resumption of power and water supply, were missing on Thursday, with private power utility CESC claiming that electricity has largely been restored in the metropolis.

In Roy Bahadur Road area of Behala, however, residents claimed they were still reeling under a water crisis and uprooted trees blocking major roads were yet to be cleared.

'We are working on war footing to clear the road and resume water supply, now that power has been restored in the locality,' a KMC official said.