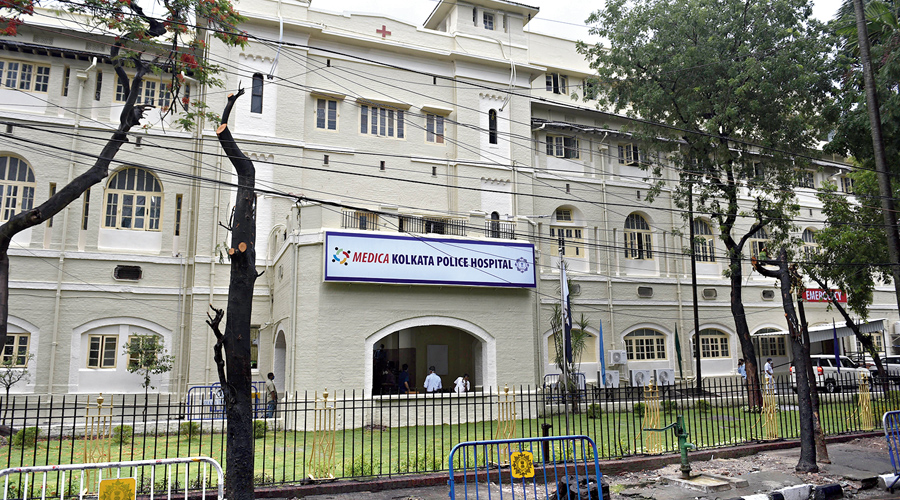 Chief minister Mamata Banerjee on Monday virtually inaugurated Medica Kolkata police hospital for Covid patients in Bhowanipore. The 300-bed facility is open for police personnel as well as others.

Medica Superspecialty Hospital had taken over the Calcutta police hospital on Beninandan Street, which had been in a dilapidated condition, and set up the Covid hospital. Some of the beds will be reserved for Swasthya Sathi card holders, Mamata said during the inauguration.

“There is no point keeping beds empty. A percentage of the beds should be kept for the people with the Swasthya Sathi card,” Mamata said.

The chief minister had announced about turning the Calcutta police hospital into a Covid hospital in collaboration with private players the day she took over as chief minister for the third time earlier this month. 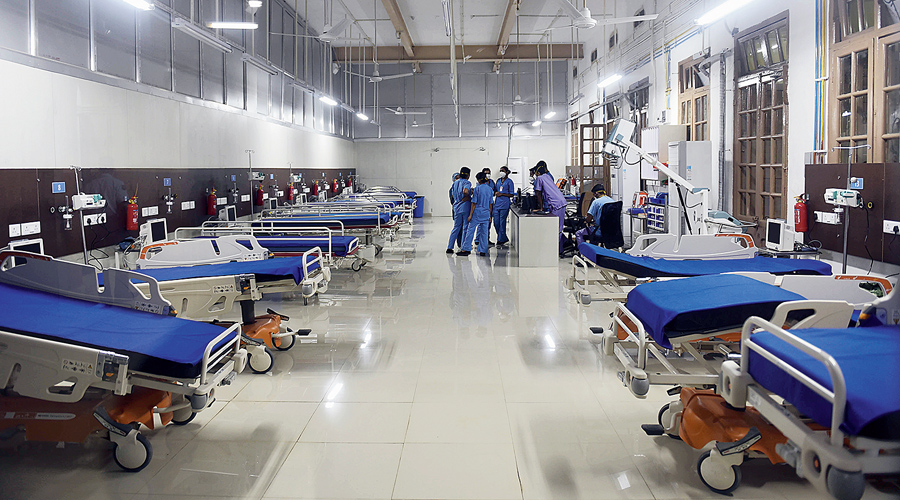 Following the inauguration, the consul general of Germany in Calcutta, Manfred Auster, had issued a statement: “I am pleased to see this additional COVID-facility to be inaugurated today at the old Calcutta Police Hospital financed with a contribution of almost 1.88 million Euros from the German government and the rest from PPP initiatives. Germany’s solidarity thus reaches out to all parts of India affected by the pandemic. The partnership with Medica proved already effective during last year’s relief efforts.”

Sources said Medica had applied for a grant from the German federal ministry of economic cooperation and development. They received 1.88 million euros for setting up Covid treatment facilities at the police hospital and at Kishore Bharati stadium.

They had also received about 1.6 million euros last year from the German ministry to set up a fever clinic, sources at the German consulate general said.