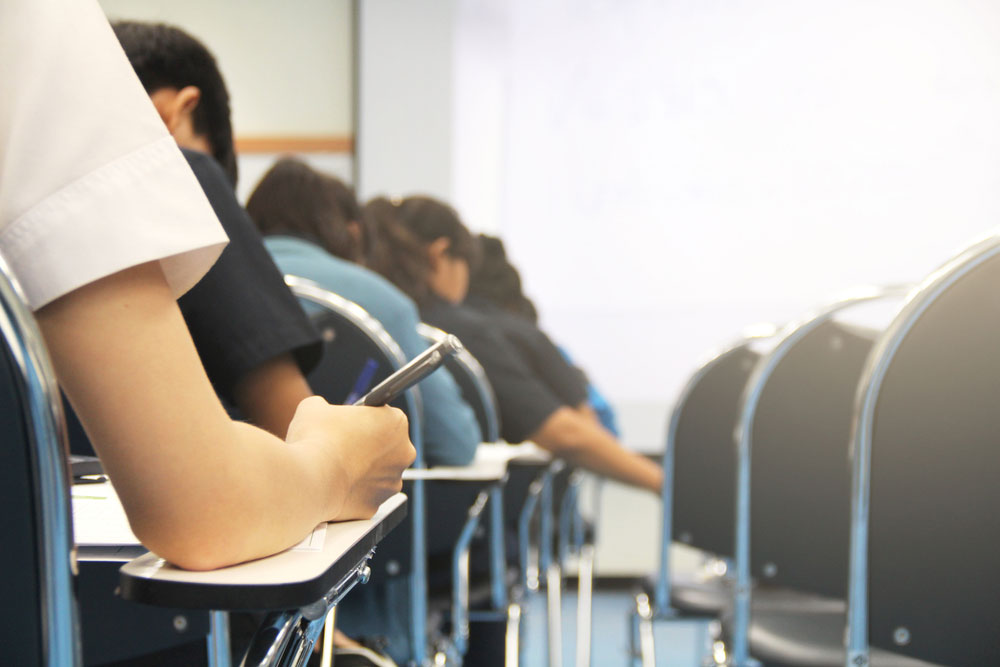 They have been writing emails to the authorities conducting the examinations and the state government and also calling up local police stations for help since the government announced the fresh lockdown dates on Wednesday evening.
Shutterstock
Mita Mukherjee And Jhinuk Mazumdar   |   Calcutta   |   Published 28.08.20, 03:18 AM

At least 10,000 students set to appear in the Common Law Admission Test (CLAT) from Bengal have no clue if they will be allowed to go to an exam centre and take the test during a complete lockdown on September 7.

They have been writing emails to the authorities conducting the examinations and the state government and also calling up local police stations for help since the government announced the fresh lockdown dates on Wednesday evening.

CLAT will be held online this year but students have to take the test sitting at various centres.

A St James’ School student said his first choice for a centre was Calcutta and the second Howrah. He is worried whether he will have to travel to Howrah in the middle of the pandemic.

None of the students has yet been told where their centre will be.

There are students who have recovered from Covid-19 and are worried about taking public transport and the gathering at their centres. “Nine members of our family had Covid and we are all negative now. But yes, my family and I are worried about exposing ourselves to a gathering,” said a student.

Students set to appear for CLAT said the number of examinees was less than JEE-Main and NEET but it still exposed them to the same risks.

Apart from Calcutta and Howrah, the exam will also be held in Barasat, Barrackpore, Hooghly, Asansol, Kalyani and Siliguri. Unlike other all-India entrance examinations, such as JEE and NEET, CLAT has fewer centres and students often have to travel long distances to reach their respective centres. While many students have their own transport, there are quite a few who depend on public transport.

“If so many students have to go out on a lockdown day, the entire purpose of a lockdown is defeated,” said a student.

Several students said they did not know whether the centres would be properly sanitised. “We will be sitting on desks, using the mouse. Even one cough in the exam centre could be a cause of fear and stress,” said Samya Amir.

Samya’s first centre preference is Calcutta,  second Barrackpore and the third Barasat. The high prevalence of coronavirus cases in North 24-Parganas is also a cause of concern for students like Samya. “I am worried about my parents’ health and the risk I will be exposing them to. A home proctored test will be a safer option,” she said.

St James’ student Shlok Saha, who lives in Ballygunge, said:  “My first preference for centre is Calcutta and the second is Howrah because that is the closest to my place. If I get a centre in Howrah, I will have to travel that far. We have been hearing about so many Covid cases there. My family is worried but CLAT is very important for me.”

Devansh Murmuria, another student of St James’, said that since Wednesday evening he had called several people but there was no definite answer.

“What if we are stopped on the road? Will the admit card suffice?” wondered Shashank Jain, from St Xavier’s Collegiate School.

Another all-India entrance test, conducted by IIM-Indore for a five-year integrated management course, is scheduled for September 7. Students who will appear in the test and their guardians requested the state government to change the lockdown date.

An official of IIM-Indore told Metro: “As of now there has been no change in the examination date.”