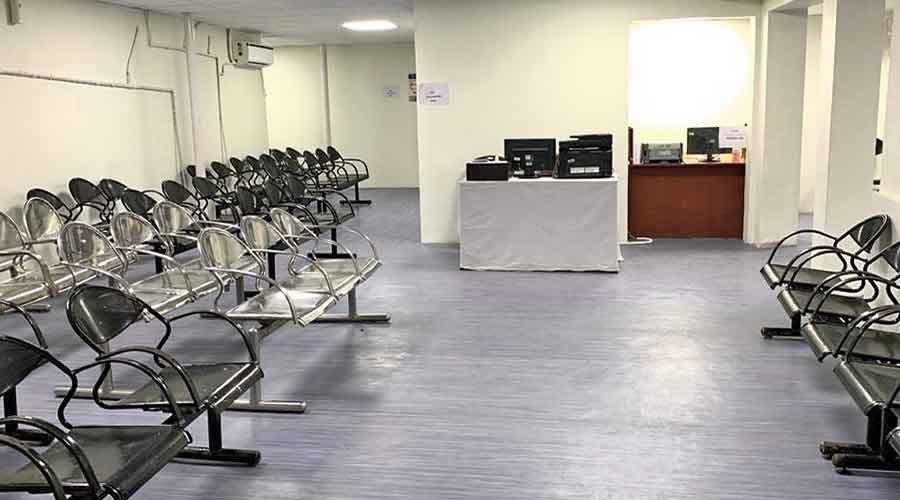 Several private hospitals in Calcutta are setting up bigger and permanent structures for Covid-19 vaccination as they realise the drive is likely to continue for many months and the state government is asking them to increase the number of daily doses being administered as cases are rising again.

Some hospitals have refurbished the vaccination rooms, while others are planning to relocate the sites within the campus so more people can be accommodated.

Officials of several private hospitals said they had started the vaccination drive at makeshift facilities that did not have air-conditioning and enough seating arrangements.

Initially, some of the private hospitals had planned not to continue with the Covid-19 vaccination, which had started in India on January 16, for long. Requests from the people and the government, however, prompted them to change their decision and they are now setting up permanent sites.

“A new vaccination site will be set up near the entrance, where we have a garden and a fountain,” said Sudipta Mitra, the chief executive of Peerless Hospital. At the new site, to spread across 700sq ft, 500 people can be vaccinated daily. The hospital now administers doses to 400 people daily.

“The new site will be more comfortable and, being near the entrance, easier to access,” said Mitra.

At the RN Tagore International Institute of Cardiac Sciences, the authorities have refurbished the vaccination site.

“There was no AC in the rooms. Since summer is approaching, we have installed ACs. Also, the interiors have been refurbished,” said R. Venkatesh, regional director, east, Narayana Health, of which the Mukundapur hospital is a flagship unit. “We think the vaccination drive will continue for at least one year and so had to refurbish the facility.”

Initially, 25 people could be accommodated at a given time at the hospital’s vaccination centre. The capacity has since been doubled, said Venkatesh.

AMRI Hospitals, Dhakuria, had initially set up the vaccination centre at its diabetes clinic, opposite the hospital, which is spread over 3,500sq ft. As community vaccination started on March 1, the hospital decided to shift the centre to the Annex I building.

“The site has been shifted because of the rise in the number of senior citizens queuing up for vaccination. The new facility is spread across 10,000sq ft and has three vaccination rooms — for Covishield, Covaxin and beneficiaries from among healthcare and frontline workers,” said an official of the hospital.

AMRI Hospitals, Dhakuria, on Monday decided to continue with the vaccination at the new site.

“From next week, we are planning to enhance the number of daily vaccinations from 300 to 500,” said the official.

“We are planning to increase the vaccination drive as number of Covid cases has started to rise again. On Monday, over 2 lakh people were vaccinated in Bengal, including more than 1 lakh elderly.

“We want to increase the number of vaccination centres in urban areas where gatherings and population concentrations are more. So, if private hospitals increase vaccinations, it will be a helpful move,” he said.