Calcutta police have planned multiple diversions for the close-down period 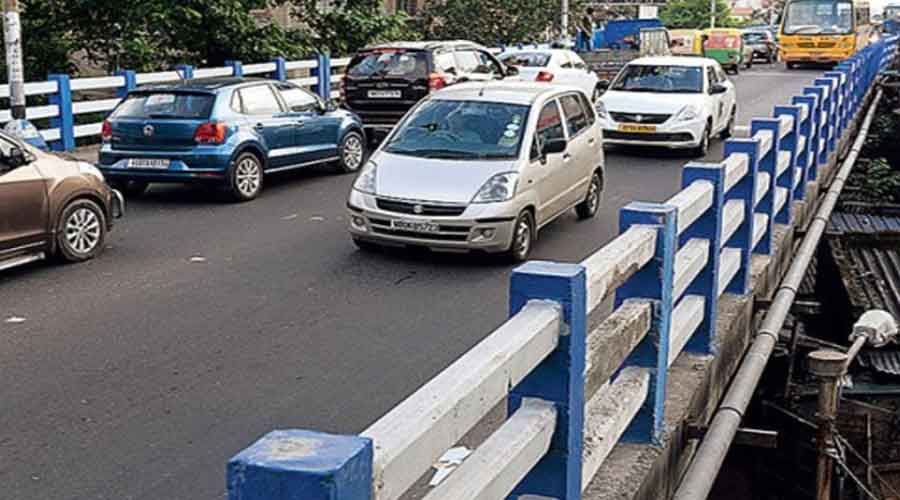 “The load testing was scheduled in such a way that it includes a weekend so that it would have minimum impact on the traffic,” said an officer.
File picture
Our Special Correspondent   |   Jadavpur   |   Published 16.07.20, 01:36 AM

Jibanananda Setu that connects the Bypass with Prince Anwar Shah Road and Jadavpur crossing through the Avishikta connector will be closed for three days starting Friday night for a load test.

Calcutta Metropolitan Development Authority officials said the bridge would be closed for a load test and other structural assessment work between 10pm on July 17 and 5am on July 21.

Police have planned multiple diversions for traffic during this period.

No one other than residents of the area will be allowed towards the Prince Anwar Shah Road crossing either from the Bypass or from Jadavpur, an officer said.

All buses that ply along Jibanananda Setu from the Bypass will be diverted through the Ruby crossing before they make a detour through the Rashbehari connector, Bijon Setu, Gariahat crossing, Golparak, Dhakuria bridge and Gariahat Road to reach the Jadavpur crossing.

Similarly, autos connecting Jadavpur police station to the Ruby crossing will be allowed till the Viveknagar crossing and vice versa.

“The volume of traffic on the stretch is heavy during office hours. So, the load test has been scheduled in such a way that it includes a weekend so that the impact on traffic is minimum,” an officer said.