Gurudwara in Calcutta prays for speedy recovery of Manmohan Singh

The former PM, 87, was admitted to the AIIMS in New Delhi on Sunday evening after he complained of uneasiness 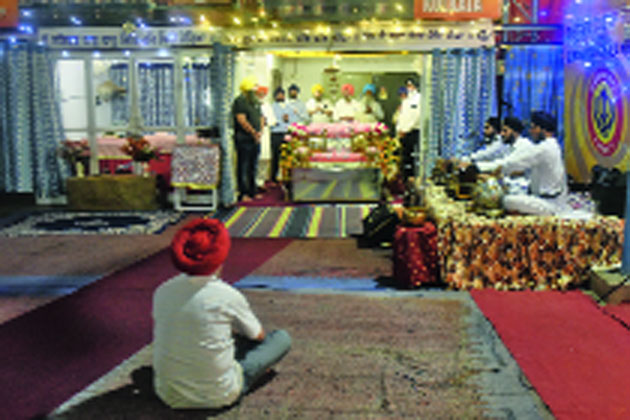 A group of Calcuttans prayed for the speedy recovery of Manmohan Singh at a gurdwara on Tuesday morning because they felt the country needed a leader of his stature in fighting the Covid-19 crisis.

Two of the former Prime Minister’s nephews — sons of his Calcutta-based sisters — took part in the prayer, along with a few other regulars of Gurdwara Behala.

Singh, 87, was admitted to the AIIMS in New Delhi on Sunday evening after he complained of uneasiness. He had been kept under observation at the cardiothoracic ward of the premier hospital and he tested negative for Covid-19. He was discharged on Tuesday.

Among those who took part in the prayer was a chartered accountant who has read about Singh’s “lasting contribution to Indian economy as RBI governor, finance minister and Prime Minister”.

“It does not matter if he is in the government or the Opposition. The country needs his foresight and wisdom in these difficult times,” said Dashmeshbir Singh Sodhi, the 31-year-old chartered accountant and a member of the gurdwara’s executive committee.

“Today, if I have the world at my fingertips, it is because of Singh’s pioneering role in opening up the Indian economy,” Sodhi said.

The prayer started around 11am with Gurbani Kirtan, followed by Ardas, a special prayer session for Singh’s “speedy recovery and good health”, and recitation from Guru Granth Sahib.

The entire session lasted around 45 minutes.

Kaur lives in Tollygunge. The family shifted to Tollygunge from Behala almost a decade ago.

Sahani attended the prayer with Gurdeep Singh Sahani, son of Singh’s other sister Pritam Kaur, who lives in Behala.

Gobind Kaur is close to 80, her son said. Pritam Kaur is in her early 70s. “We are in constant touch with Daman (Singh’s daughter). She said he is stable now,” Sahani said.

“We wish for his long life. Manmohan Singh transcends any one community and is dear to all Indians,” said Satnam Singh Ahluwalia, general secretary of Gurdwara Behala.

Had the Covid-19 curbs not been in place, many more people, who are regulars at the gurdwara, would have turned up, Ahluwalia said.