The accused was produced in a court in Bihar's Nawada 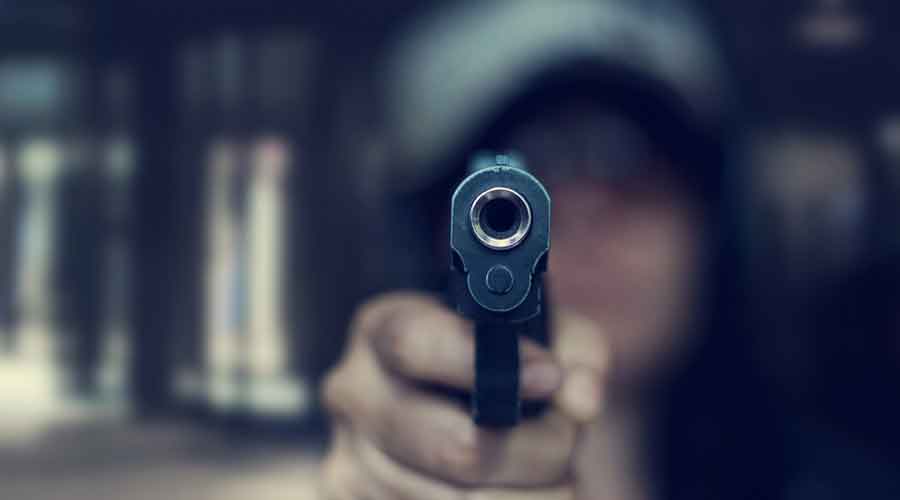 Pankaj Kumar, who allegedly supplied the gun to Agarwal, was arrested at his home in Bihar’s Nawada district around 4.30am on Tuesday, police said
Shutterstock
Our Special Correspondent   |   Phoolbagan   |   Published 08.07.20, 02:24 AM

A man has been arrested in Bihar for allegedly supplying an improvised gun to chartered accountant Amit Agarwal, who used it to kill his mother-in-law and himself at her Kankurgachhi apartment a few days ago.

Hours before the murder and the suicide, Agarwal had smothered his estranged wife in Bangalore.

Pankaj Kumar, who allegedly supplied the gun to Agarwal, was arrested at his home in Bihar’s Nawada district around 4.30am on Tuesday, police said.

Investigators said the chartered accountant had engaged Kumar at the canteen of the office in Bangalore where he worked. Agarwal had allegedly paid him an advance of Rs 40,000 for the gun, which was delivered to him in Calcutta in the first week of March.

“The gun was handed over to Amit Agarwal at Babughat. During the handover, Kumar got another Rs 20,000,” said a police officer. “Agarwal had also procured 10 bullets.”

The 42-year-old chartered accountant had allegedly shot mother-in-law Lalita Dhandhania and then himself at his in-laws’ flat in Kankurgachhi on June 22. Agarwal’s 70-year-old father-in-law, Subhas Dhandhania, ran out of the apartment after seeing his wife being shot and bolted the door from outside. He then alerted Phoolbagan police station.

According to the police, Agarwal had flown to Calcutta after murdering his estranged wife Shilpi, who was a chartered accountant, too, at her Bangalore apartment.

Agarwal had left a 57-page document, in which he had described how he had been looking for ways to kill his wife. He was upset that their strained relationship was affecting their only son, who was in his wife’s custody.

“At the Kankurgachhi apartment, Agarwal had fired several rounds but most of the time the gun malfunctioned or the bullets missed their target,” the officer said.

Kumar, who allegedly sold the gun, was produced in a court in Nawada on Tuesday. Officers said he would be brought to Calcutta on transit remand.

A 45-year-old woman was injured while getting off a bus on route No. 45 near the Gariahat flyover on Tuesday. The woman, a resident of Sonarpur, was admitted to Ramakrishna Mission Seva Pratishthan, police said.