The petition claimed that the municipal corporation had been dumping solid waste illegally in Mollar Bheri, polluting the water bodies of the internationally acclaimed East Calcutta Wetlands 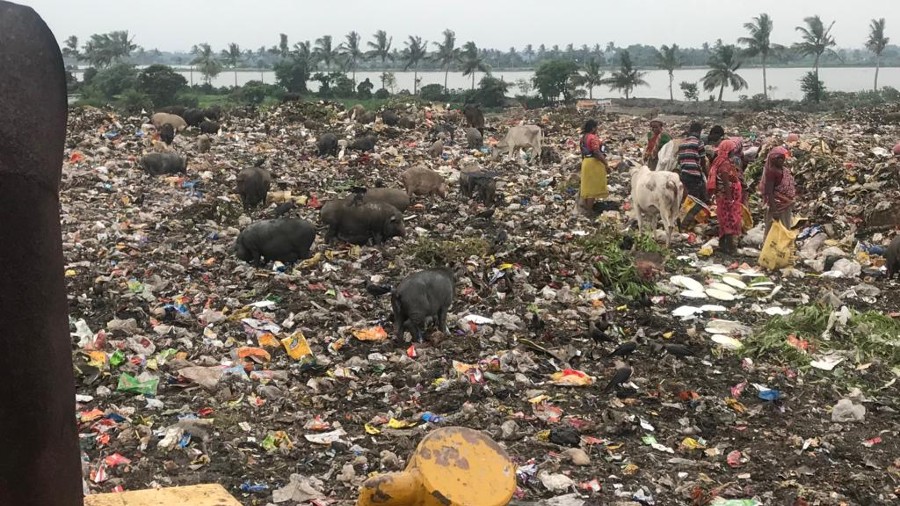 The National Green Tribunal has asked an expert committee being set up by it to complete the assessment of environment damage within the East Calcutta Wetlands due to the “unauthorised and indiscriminate disposal of solid waste” by Bidhannagar Municipal Corporation, within another two months.

The direction, passed by the bench of Justice S.P. Wangdi and expert member Saibal Dasgupta on December 22, was given in response to a public interest litigation filed by environmentalist Subhas Datta in May 2019. The petition claimed that the municipal corporation had been dumping solid waste illegally in Mollar Bheri, polluting the water bodies of the internationally acclaimed East Calcutta Wetlands, violating the order of the Calcutta high court.

State PCB lawyer Dipanjan Ghosh submitted during the hearing that the National Environmental Engineering Research Institute (NEERI) had asked for four months to complete the environmental damage assessment for illegal dumping. The bench reminded that there is a CPCB guideline to make such assessment and directed to complete the assessment jointly by the agencies “within a period of two months” from the date of hearing.

The tribunal had set up an expert committee, including NEERI, Central Pollution Control Board (CPCB) and West Bengal Pollution Control Board (WBPCB), to assess the environment damage due to waste dumping within the Ramsar-listed wetland area during a hearing on September 19, 2020. The state PCB was nominated as the nodal agency in the expert committee.

During the last hearing, whose order has been recently uploaded, the bench pointed out that neither the fencing around the waste dumping zone had yet been completed, nor had the damage been ascertained so far. The bench referred to the civic body’s submission that “fencing work around Mollar Bheri had actually not been carried out” and asked its lawyer to submit a comprehensive ‘action taken’ report by the next hearing scheduled on February 3.

In 2019 itself, the bench had directed the Bidhannagar Municipal Corporation to fence the entire waste dumping area to stop contamination of the wetland area; and also fined the civic body Rs 10 lakh for non-compliance of its order.

Municipal commissioner of Bidhannagar Debasish Ghosh had earlier pointed out to The Telegraph Salt Lake that the municipal corporation was not using Mollar Bheri any more and was instead dumping waste in Dhapa, as per the urban development department’s clearance. Earlier, Krishna Chakraborty, chairperson, board of administrators of Bidhannagar Municipal Corporation, had told The Telegraph Salt Lake that they should not be blamed alone as New Town and Sector V also used to dump their waste in Mollar Bheri.

“It’s like moving from the fire to the frying pan. How come Salt Lake and other civic bodies have been allowed to dump waste in Dhapa when it is quickly running out of space even for Calcutta Municipal Corporation,” asked Datta.

“We have already submitted the affidavit. However, as per the tribunal’s latest order we will re-submit it including recent updates within the scheduled time,” said Paushali Banerjee, one of the lawyers representing Bidhannagar Municipal Corporation.