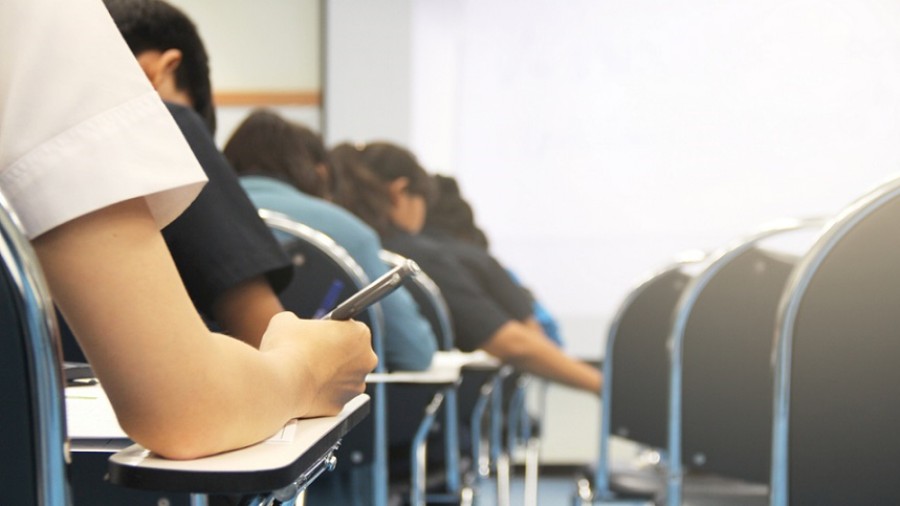 The CISCE had on Wednesday notified its schools on partial reopening for students seeking guidance with parental consent from September 21.
Shutterstock
Mita Mukherjee   |   Calcutta   |   Published 18.09.20, 02:34 AM

The Council for Indian School Certificate Examinations (CISCE)  on Thursday clarified that the partial reopening of its schools will have to be in “conformity” with the directives of the respective state governments and any reopening will be subject to their permission.

The council directed the schools not to do “anything” in regard to reopening which “contravenes” the guidelines of the state government.

The CISCE had on Wednesday notified its schools on partial reopening for students seeking guidance with parental consent from September 21.

The council had later said it would reconsider the approach in Bengal after the state government said all schools in the state would remain shut at least till September 30.

In the fresh notification issued to the heads of all its affiliated schools on Thursday, the CISCE said: “Please note that the re-opening of the schools in your State must be in conformity to the respective State Government directives. Therefore, the suggested activities to be carried out are subject to the State Government’s permission for schools to re-open in the State.”

The notification reads: “You are hereby directed to kindly follow the guidelines, as issued by the State Government. Do not do anything which contravenes or is in direct conflict with the guidelines of the State. Your (the schools’) compliance of the State is solicited.”

Though the council had said it would reconsider its decision for Bengal, the notification issued on Thursday applies to all states, the principal of a school in Calcutta said.

After the CISCE issued its notification on partial reopening, Bengal education minister Partha Chatterjee had told The Telegraph on Wednesday that all educational institutions in the state would remain closed at least till September 30, as announced by the state government.

“I am not aware about the ICSE council’s decision…. Our government had announced that all educational institutions in the state will remain closed till September 30. There is no change in the decision,” Chatterjee had said on Wednesday, reacting to the council's notification.

The council in its Wednesday’s notification had advised the schools to enable students, particularly those appearing in the Class X and XII board exams, to do practical on prescribed topics in school laboratories as the “hands on” practical work could not be performed earlier because of the pandemic and the lockdown.

The schools were also advised by the CISCE to utilise the partial reopening to complete project work and ensure the projects are submitted to the subject teachers by a deadline.