25% waiver of fees from April to September 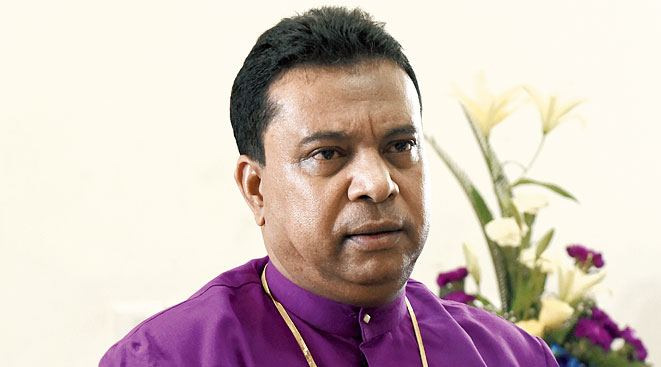 The Church of North India on Wednesday announced a 25 per cent waiver of fees on certain heads in its schools from April to September and said parents who found it difficult even after the discount would be heard individually.

A statement issued from Bishop’s House said: “In the meeting held today at Bish-op’s House with the princi-pals of the English-medium schools, under Diocese of Calcutta, Church of North India, it was decided that a reduction of 25 per cent on the following heads be made for the period April to September 2020. 1. Computer fees 2. Games & Sports Fees 3.Library Fees.”

Speaking to The Telegraph, Reverend Paritosh Canning, the bishop of the Calcutta diocese of the Church of North India, who is chairman of the governing board of the 13 CNI schools in the city, said the decision was taken keeping in mind the financial condition of parents in the current situation and also in response to the chief minister’s appeal to private schools to consider waiving certain fees that are “no longer relevant during the lockdown”.

Bishop Canning said: “Today we decided to reduce 25 per cent fees under these heads. For those who have already paid the fees, the waiver will be adjusted. We have also not hiked our fees this year. If any parent has a problem paying the fees despite the reduction, they can approach the school principals individually. Further relaxation can be considered after examining their financial situation.”

The bishop appealed to parents not to take to streets and agitate. “My appeal to parents is not to assemble at the school gates and agitate…. If you have a genuine financial problem our principals will always hear you out.”

The Calcutta diocese of the CNI had earlier written to the chief minister saying it would be difficult for it to reduce fees and walked out of the Association of Heads of Ango-Indian Schools, Bengal branch, against a proposal that asked schools to consider some relief for the parents. The CNI later withdrew the decision to quit the association and came back but had held ground on the fee waiver.

Some of these 13 schools do not explicitly say how much they charge under the three heads for which the waiver has been announced.

The La Martiniere schools do not charge separate fees for computer, library or sports but sources said they form part of the tuition fees charged from parents every quarter.

Some of the schools, however, charge under various heads and parents will get some relief.

In the one-hour meeting, the financial status of the schools was also discussed. Before coming at a decision on the waiver, certain accounting heads were discussed like student strength, staff strength, gross salary payout, expected income from fees on the basis of 2019-20, shortfall in tuition fees to meet salary expenses, percentage of school fees spent on salary and wages and the money to be spent on sanitisation.

In several schools, parents have been reluctant to pay fees. Some schools have collected less than half the total fees for the first quarter.

The bishop had written to the chief minister last month that its schools had not hiked fees and if they were “forced to reduce their fees further, it may lead to non-disbursement of salary and ultimately result in the closure” of the institutions.