Driver ill and falls off, bus runs into tree in Calcutta 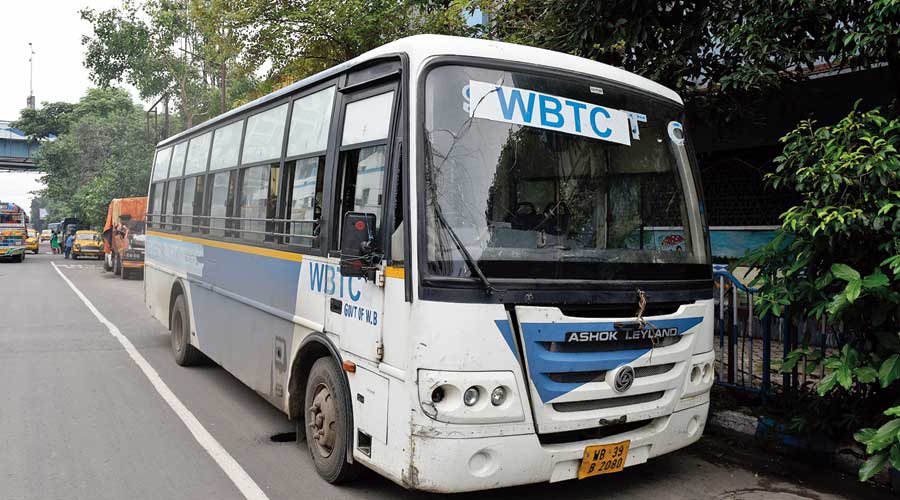 The driver of a government bus fell off the vehicle apparently after suffering a stroke near the Maidan, while the bus kept moving for about 200 metres till it smashed into a tree on Dufferin Road on Sunday morning.

The eight-odd passengers on the bus escaped unhurt. Police said a major accident could be averted because the bus was moving slowly.

Driver Mangal Mondal, 44, a resident of Falta in South 24-Parganas, died later in the day at SSKM Hospital. Police said he died of his aliment and the injuries he suffered from his fall.

“The accident happened at the crossing of Outram Road and Dufferin Road around 8.45am, when no other vehicle was on the stretch. The driver fell around 10 to 12 feet,” a traffic police officer said.

The bus on route number S-4C was on its way to Haridevpur from Howrah station when the accident happened.

“Initially, we thought the driver had fallen off the bus because the door beside his seat was defective. But later we discovered that he had taken ill. We took the driver to SSKM Hospital, where attending doctors said the symptoms he displayed were that of a stroke,” said an officer of Maidan police station.

Senior officers of the traffic department failed to recall the last time a bus met with an accident after its driver had fallen off the vehicle.

“Had the bus been moving at a higher speed, which was only normal on an empty stretch like the one where the accident happened, the consequences could have been disastrous. Fortunately, the bus was moving slowly and none of the seven-eight passengers on the bus did not suffer any injury,” an officer of the traffic department said.

The vehicle was taken to Maidan police station, where it will undergo a mechanical examination.

“It is important to find out whether there was any defect in the gate beside the driver’s seat. We are also analysing the CCTV footage of the area to see how the driver’s door suddenly opened. Such defects, if any, could be dangerous to any driver,” another officer of the traffic department said.