Covid report must for fliers from 4 states 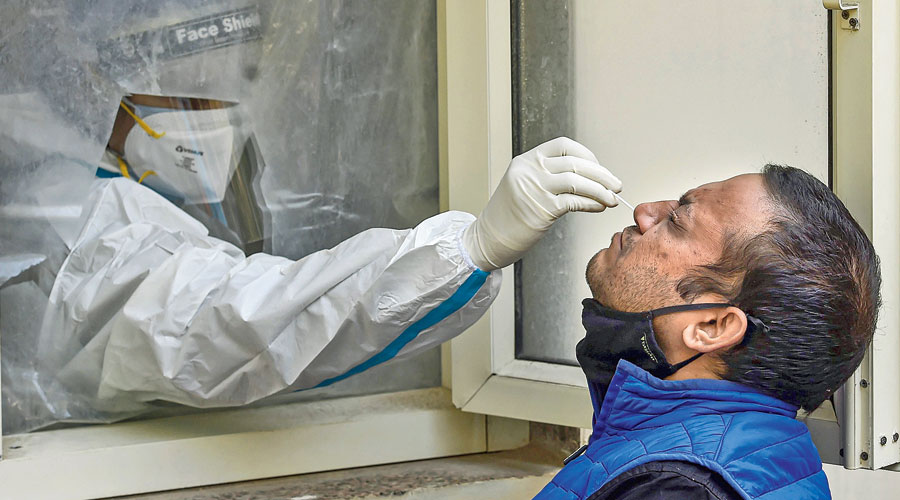 In a letter to the civil aviation ministry on Wednesday, the state government said the decision was taken because of the increasing number of Covid cases in these states.
File picture
Our Bureau   |   Calcutta   |   Published 25.02.21, 01:47 AM

The Bengal government has made it mandatory from February 27 for all passengers arriving on flights from Maharashtra, Kerala, Karnataka and Telangana to have a negative report of the RT-PCR test for Covid-19 before boarding the aircraft.

The test has to be performed within 72 hours before the departure of a flight.

In a letter to the civil aviation ministry on Wednesday, the state government said the decision was taken because of the increasing number of Covid cases in these states.

“In view of the increasing trend of Covid cases in the states of Maharashtra, Kerala, Karnataka and Telangana, this is to inform you that the State Government has decided that from 12 noon of 27th February, 2021, all passengers coming to West Bengal from the aforesaid 4 states shall mandatorily carry a Covid negative RT-PCR report for such test conducted within 72 hours of flight departure,” read a letter from Bengal's home secretary H.K. Dwivedi to civil aviation secretary P.S. Kahrola.

Calcutta now has three-days-a-week flights from Mumbai. From Kochi in Kerala and Bangalore in Karnataka, there are daily flights to the city.

Flights arrive three days a week from Pune, with four flights each day.

“We have informed all airlines about the state government's decision,” said an official of the Calcutta airport.

“We don’t want to put a ban on flights at this stage. So, getting a Covid negative report is the best option given the fresh surge in cases in these states,” said a state government official.

Since Monday, international passengers arriving from Gulf countries, the UK, Europe, South Africa and Brazil are being made to undergo the RT-PCR test for Covid after arriving at the airport even though they tested negative before boarding the flight.

The decision was taken by the health ministry in the wake of mutant variants of SARS-CoV2 having been detected in several countries.