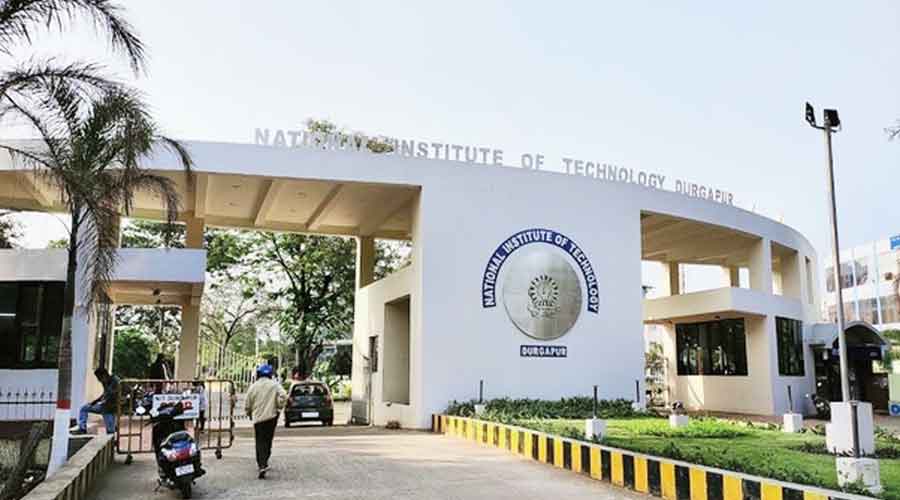 A notice signed by the institute’s registrar, Soumya Sen Sharma, says: “To control the spread of Covid-19, the hostels will be closed and all the boarders shall be required to vacate the hostels immediately. The day-scholars also will not be permitted to enter into the campus.”
File picture
Subhankar Chowdhury   |   Durgapur   |   Published 21.04.21, 03:01 AM

The National Institute of Technology (NIT), Durgapur, has decided to close the hostels and asked all residents to vacate hostels “immediately” to contain the spread of Covid-19.

The institute had early this year recalled 250-odd research scholars and 37 MTech students who needed laboratory work and they had been put up in the hostels on the campus.

A notice signed by the institute’s registrar, Soumya Sen Sharma, says: “To control the spread of Covid-19, the hostels will be closed and all the boarders shall be required to vacate the hostels immediately. The day-scholars also will not be permitted to enter into the campus.”

Several research scholars have tested positive and had to be quarantined in a special facility set up on the campus.

Project and PhD scholars at NIT Durgapur had started returning to the campus in January following production of parents’ declaration about the health and recent community interaction of a scholar’s family.

The institute had decided to call the scholars back to the campus on the basis of the Centre’s Unlock-V guidelines, which allow higher education institutions to reopen for research scholars and postgraduate students in technology and science streams who require laboratory work.

But the rising number of cases and lack of beds in hospitals to treat Covid patients in Durgapur town and across the state has made the stay of students unsafe, said an official of the institute.

“Hospitals in the city are full of patients coming from Durgapur town and adjacent areas. Even the hospitals in Calcutta don’t have beds as the city is reeling under a fresh wave of cases. So, it is advisable that students are sent home early to minimise the chance of getting infected by the virus,’’ said an official of the institute.

NIT Durgapur director Anupam Basu said they wanted to send students home before any travel restrictions are imposed as a precaution against Covid.

“Although no such decision has been taken so far, we are apprehending that if such restrictions are imposed again, the students would get stuck. At a time when cases are being reported on the campus, it won’t be safe to stay on the campus,’’ said director Basu.

At the NIT Durgapur half of the students come from states outside Bengal. Their return would become uncertain.

The notice issued by the institute’s registrar says: “It may be further noted that till further notification keys to the laboratories of the departments/centres shall not be issued to students/research scholars by the security personnel to restrict access. Online classes shall be taken up as per the academic calendar’’.

The institute last week had disallowed the delivery of goods booked on online platforms inside the campus to contain the spread of Covid-19.

“But getting the hostels vacated became crucial as we have to undertake an elaborate sanitisation drive on the campus,” said an official.

The institute has scrapped the recall of final-year BTech students following the rising number of cases on the campus and across the country.

IIM Calcutta last week asked students of its two-year MBA programme and one-year MBA executive programme to vacate hostels “due to developing Covid-19 situation in the country and Calcutta”.