Main roads of Calcutta still off limits for cycles 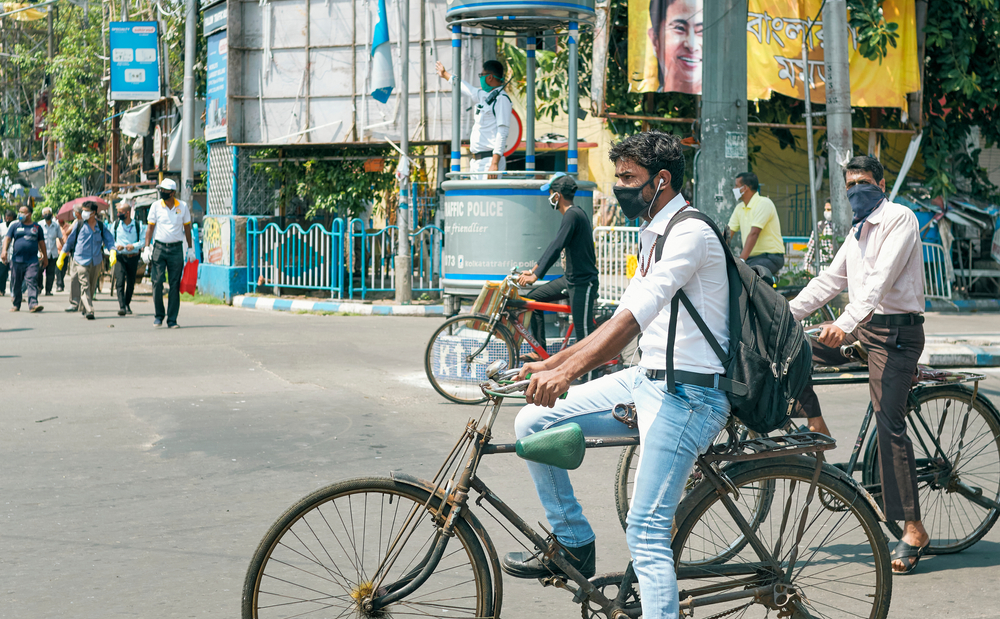 Cycling was completely restricted or limited between 11pm and 7am on 62 roads and flyovers in the city. According to the new rule, cycles will be free to move on these roads without any restriction, the police said.
(Shutterstock)
TT Bureau   |   Calcutta   |   Published 09.06.20, 09:39 PM

Police have issued a notification allowing free movement of cycles in all roads and lanes in Calcutta except for “main arterial roads and flyovers”.

Earlier, cycling during the day was prohibited in many of the city’s roads and lanes.

The move came a day after the state cabinet approved a policy of allowing cycles on “all small and medium roads” on Monday to ease the hardship of people in reaching offices and other destinations in the absence of adequate public transport.

“Calcutta police and other police commissionerates will issue a notification mentioning small and medium roads where cycles will be allowed. The decision has been taken considering that people are facing trouble to reach offices or workplaces in the absence of Metro,” chief minister Mamata Banerjee had said at Nabanna on Monday.

Based on the directive, a notification was issued by the police on Tuesday.

“For the sake of convenience of general public and in view of the restrictions imposed on public transport during the ongoing Corona pandemic… do hereby order that bicycles will be allowed in the lanes and bylanes within Calcutta Police jurisdiction. Restrictions will continue on the main arterial roads, flyovers and any other area as notified from time to time,” the notification signed by city police commissioner Anuj Sharma said.

The notification reminded cyclists that they were not above traffic rules. “Cyclists should obey one-way restrictions and other traffic rules and regulations.”

The order came into effect from Tuesday and will be in force till July 30.

Cycling was completely restricted or limited between 11pm and 7am on 62 roads and flyovers in the city. According to the new rule, cycles will be free to move on these roads without any restriction, the police said.

“There are many lanes in the city that run parallel to the thoroughfares. If people want to commute through these, they will not be stopped,” a traffic police officer said.

Cycles will be allowed on thoroughfares only at crossings to reach a lane, the officer said.

Several Calcuttans have started using cycles, mostly because there is not enough public transport to accommodate everyone going to office. Some have been peddling more than 20km to reach their offices in Calcutta to avoid the discomfort of travelling in an overcrowded bus in the absence of local trains.

because they reduce the speed of other vehicles, the police said.

“Just because a cycle does not have a number plate and cannot be identified it does not mean a cyclist will not be prosecuted if found violating traffic rules,” a traffic police officer said.

Allegations often emerge that the slow moving vehicles do not follow the traffic rules and often result into causing accidents when they illegally come out on the thoroughfares.

By officially allowing cycles on the lanes and bylanes, the police would expect the bicyclists to be more cautious about the traffic rules.