No more JEE board exams now

Alternative modes of admission to be finalised 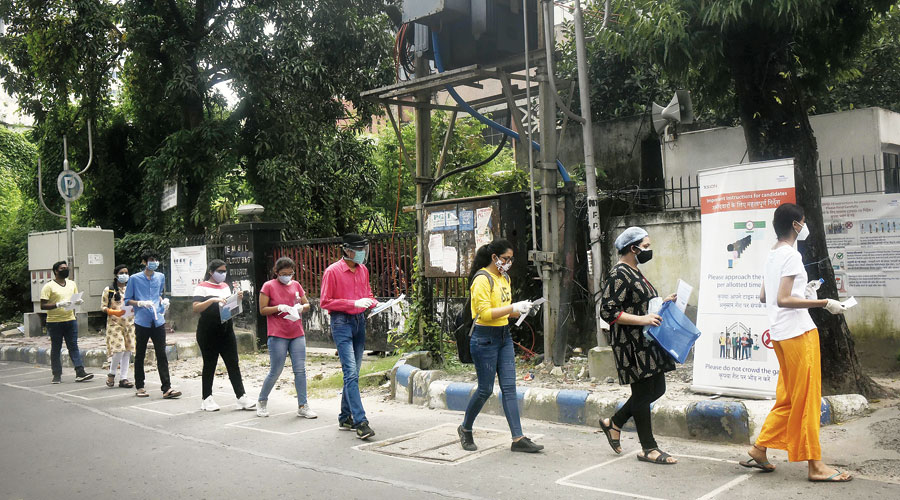 The board took the decision on October 6 in consultation with the education department
File picture
Subhankar Chowdhury   |   Calcutta   |   Published 12.10.20, 02:15 AM

The state joint entrance examination board will not hold any more tests this year because of the Covid pandemic and has initiated a process to finalise alternative modes of admission, said an official of the board.

The board took the decision on October 6 in consultation with the education department.

“This year, given the rise in Covid cases, the JEE board will not hold any more tests and alternative modes of admission are being finalised,” said an official of the department.

Among these tests, only the JEE for admission to BTech courses could be held this year. The exams were held in February before the pandemic set in.

The board was waiting for the situation to improve so that other tests could be held. “But considering the situation, we have decided against holding any further admission test this year,” said a board member.

A notice issued by the JEE board on October 8 says JENPAS for admission to BSc (nursing) and eight other health related courses could not be held because of the ongoing “unprecedented pandemic” and the department of health and family welfare has entrusted the board to conduct centralised online counselling based on Plus-II board marks.

The board was supposed to hold JEEDEC for admission to five-year evening courses for bachelor’s degree in civil/electrical/mechanical engineering at Jadavpur University. Chiranjeeb Bhattacharya, a pro-vice-chancellor of JU, said the university had decided on an alternative mode of selection as the board would not hold the test.

“Students who have passed diploma examination in mechanical, electrical and civil engineering will be admitted based on their performance in the last qualifying exams,” Bhattacharya said.

A board official said they would soon issue notifications announcing the alternative mode for admission to the master of computer application (MCA) course, second year (3rd semester) of the four-year undergraduate courses in engineering/technology and the undergraduate course in hotel management and catering technology.