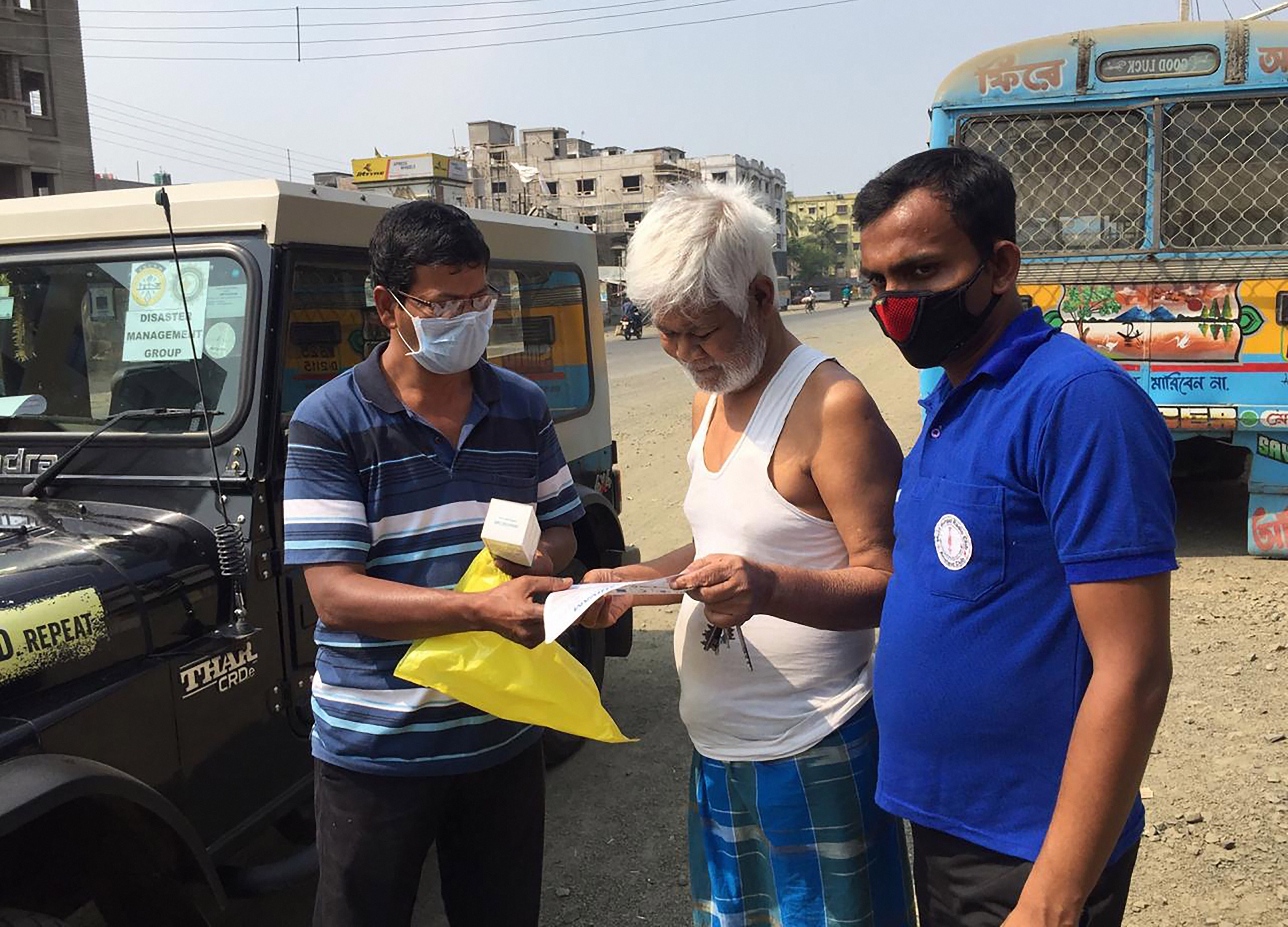 Fresh funds are dwindling and these NGOs are realising with each passing day that without aggressive government support, they have to scale down the distribution or stop it altogether.
(PTI)
Debraj Mitra   |   Calcutta   |   Published 11.05.20, 09:01 PM

The unprecedented slump in business is drying up donations to charitable organisations that have been providing free food to the poor and the hungry in and around the city.

Fresh funds are dwindling and these NGOs are realising with each passing day that without aggressive government support, they have to scale down the distribution or stop it altogether.

An association of Calcutta-based restaurant owners has provided over seven lakh meals during the lockdown, coordinating with police and NGOs for distribution.

The group had been providing meals to around 25,000 people every day till a week ago. The number has now come down to less than 15,000.

“We will not continue the distribution beyond May 15 because we don’t have money,” said Sagar Daryani, the co-founder of Wow! Momo, who heads the Calcutta chapter of the National Restaurant Association of India.

“My business is one-tenth of what it used to be. But I am having to spend around Rs 4 crore every month in paying salaries,” he said.

There was no dearth of funds from individual and corporate donors and associations in the first phase of the lockdown. But few donors had anticipated it would turn out to be such a long-drawn affair.

The lockdown completed 47 days on Monday. The funds started choking when the donors realised their earnings had also taken a massive hit.

“When a cyclone hits the Sunderbans, I am not directly affected. I can contribute what I want to the relief and rehabilitation. But the Covid-19 shutdown has crippled my earnings,” said a city-based businessman, who is associated with a string of NGOs.

The effect is being felt on the ground. Gurdwara Behala has provided free meals to thousands of people over the past few weeks. But the going has now got tough, even with several benevolent individuals in its fold.

“Our resources have been stretched to the extreme. We are now finding it increasingly difficult to continue the drive,” said Satnam Singh Ahluwalia, the chairperson of the IHA Foundation and general secretary of Gurdwara Behala.

The association has provided close to five lakh meals, most of them through langars (through community kitchens).

With pay and job cuts, the salaried donors have also not been insulated from the crisis, making fund mobilisation a Herculean task.

After having provided close to 20 lakh meals during the lockdown, the organisers are finding it difficult to continue the drive.

Almost everyone Metro spoke to said that without government subsidy and support, helping the needy — who have a long way before getting back to normal working ways — would be impossible in the future.

A businessman who is actively involved in free distribution camps was recently part of a webinar with a central minister. “We have sufficient stock of food grains for three years,” he quoted the minister as having said.

“If that is the case, the government should step forward and help us with subsidies while procuring stuff for distribution. When we started the distribution, we bought rice from the wholesale market at Rs 22 a kilo. It has now gone up to Rs 27-28. Similarly, the price of pulses has gone up to Rs 68 from Rs 60. We are not getting any subsidised rates,” the businessman told this newspaper.

Not that there is no exception.

The community kitchens being run by present and former students of Jadavpur University and Presidency University have bucked the trend and grown in size.

The vast pool of former students is the driving force behind the growth, said insiders. “Today, a person from the batch of 85 donates a decent amount. Tomorrow, another former student takes the cue and donates more,” said an organiser of the Jadavpur University kitchen.

Past and present teachers, whose earnings have been insulated from the slump, are among regular contributors.