Deliverer of news and supplies 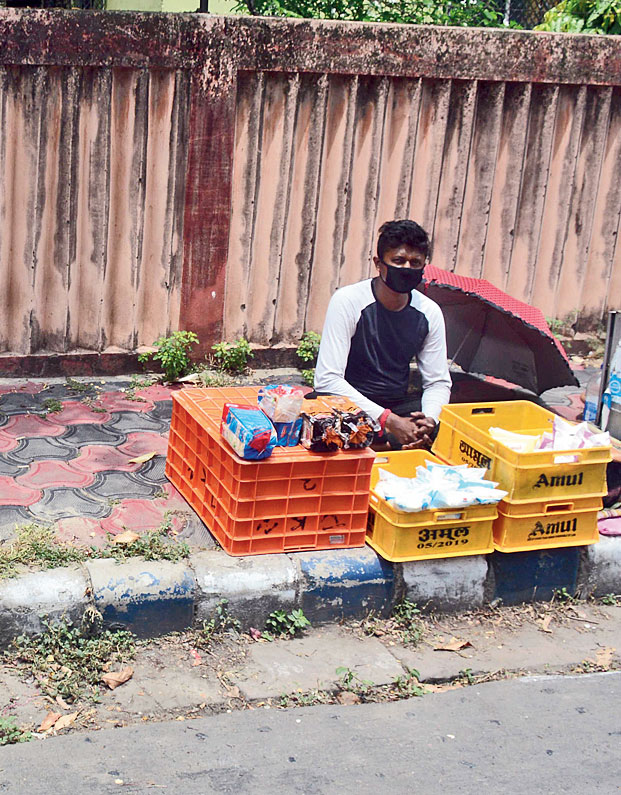 Nityananda Das has been finishing his work by 10am during the lockdown but seldom reaches home before 2pm. In the hours in between, he has been delivering medicines to senior citizens, doing their shopping and running their errands, without charging a penny.

Das runs a newspaper delivery agency from 4am to 8am in the morning. After that, he used to work at a clothes shop in Shyambazar till the lockdown shut it down. “Now I sit on the footpath opposite IA Market and sell milk, bread, butter and paneer,” says Das, who is better known as Nitai in the neighbourhood.

Due to his newspaper delivery business, residents know him personally. “I’ve been in this field for 19 years and I’m glad that at this time of need, customers, especially senior citizens living alone, are treating me as their own and asking me to help out,” he says.

Residents are handing over shopping lists and medicine lists for him to fetch after his work. “A retired doctor is even handing me food and supplies to deliver to her daughter’s flat near NRS hospital (Nilratan Sircar Medical College and Hospital), where she too is a doctor,” says the man who is gladly zipping across on his bike to run the errands.

Das lives in Lake Town and is worried about paying his rent and buying necessities for his own family. “My biggest worry is my cancer-stricken mother-in-law who lives near Nabadwip. Her medicines ran out two weeks ago and shops in her neighbourhood are out of fresh stock. I don’t know how to send her medicines from Calcutta,” he says. “But at least, by helping elderly customers I feel I am helping my own parents.”