Call government or CMC for ambulance: Official on Covid 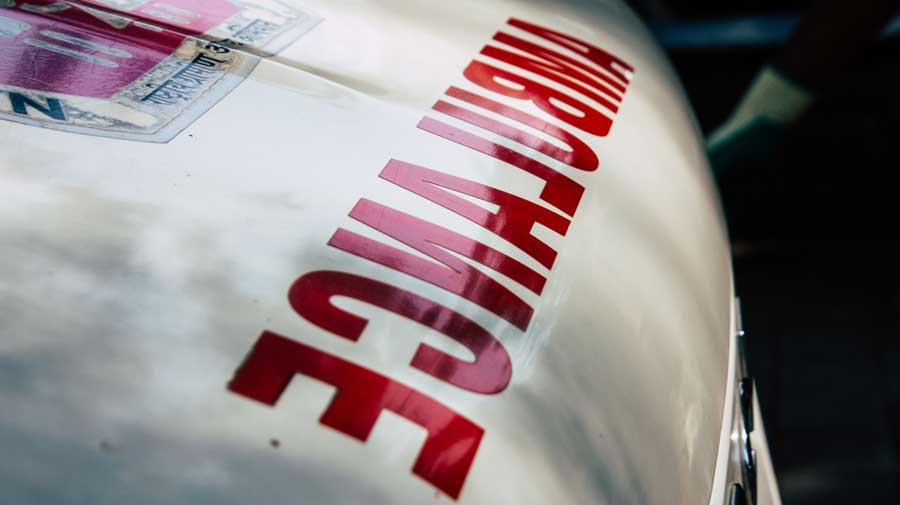 If all ambulances are busy at a given point in time, the patient should wait for two to three hours till an ambulance picks him or her up.
Shutterstock
Subhajoy Roy   |   Calcutta   |   Published 05.08.20, 05:29 AM

Covid-19 patients in need of an ambulance can call up the Calcutta Municipal Corporation or the state health department, instead of private operators who are asking for a premium to ferry patients, the state government has said.

Home secretary Alapan Bandyopadhyay, Calcutta’s nodal officer for Covid-19 management, announced there were enough ambulances to shift patients after a meeting with officials of the health department, police officers and civic representatives on Tuesday.

If all ambulances are busy at a given point in time, the patient should wait for two to three hours till an ambulance picks him or her up, he said.

The families can also call the health department’s telemedicine helpline (033-23576001) to know about availability of beds and the phone numbers of hospitals with vacant beds.

The government is linking the ambulances with GPS so their movement can be tracked.

If a patient tests positive for Covid-19 while being admitted at a hospital for some other ailment, it will be that hospital’s responsibility to inform the health department or the civic authorities about the need for an ambulance to shift the patient.

“There are enough arrangements and people should not panic. If someone needs an ambulance to be shifted to a hospital, please call the numbers of Swasthya Bhavan or the Calcutta Municipal Corporation for an ambulance,” Bandyopadhyay said.

Bandyopadhyay said they had found instances of fleecing when patients admitted in a non-Covid hospital tested positive. As the patients need to be shifted to a Covid hospital, their families are getting in touch with ambulances waiting outside. But the drivers are demanding exorbitant rates. “Do not fall in the trap. Call the CMC or Swasthya Bhavan,” he said.

A state government official said on Tuesday the health department had over 100 ambulances (for Calcutta) and the CMC 25 for Covid-19 patients. “We will expand the fleet,” said the official.