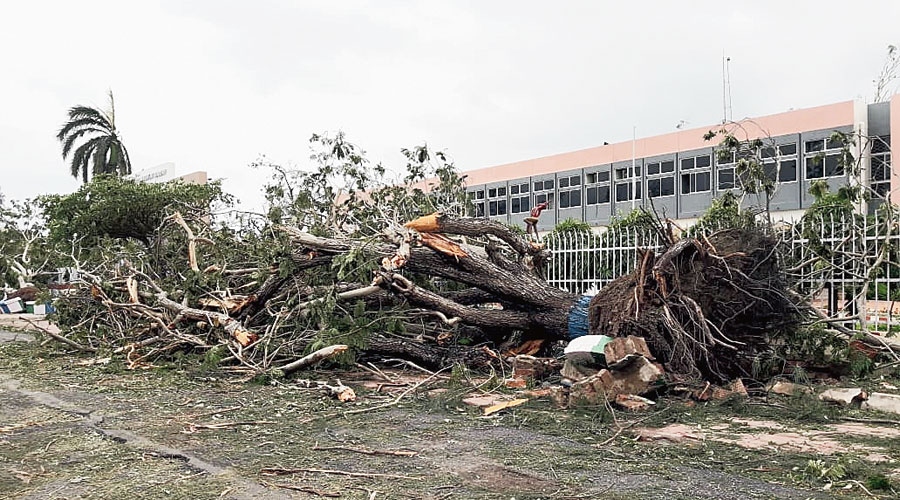 The state government had transferred Rs 24.74 crore to West Midnapore authorities to clear pending compensation of those hit by Cyclone Amphan a day before chief minister Mamata Banerjee held an administrative meeting in Kharagpur town on Tuesday.

The move came more than four months after the cyclone had struck on May 20. In between there have been agitations by the CPM and the BJP amidst allegations of dole-related fraud at the panchayat level.

The doles ranged between Rs 1,000 and Rs 2,500 for farmers whose land and crop had been destroyed in the cyclone.

At the meeting on Tuesday, she said: “All the farmers who are eligible will be paid immediately. The SP (West Midnapore) has compiled a list…. I will tell the DM to ensure no one is harassed.”

Mamata was referring to lists sent by district police stations to Nabanna in July and August, detailing individual dole complaints by farmers.

The move comes in the midst of Trinamul-led statewide protests against the BJP government’s new farm legislations.

“Besides being involved in dole corruption, Trinamul workers deliberately did not pay BJP workers. They politicised the calamity. We protested and so they have responded,” BJP district secretary Arup Das said.

“We have allotted funds for those who have been left out and most have been remitted… the rest will be done in a couple of days. There are banking issues for a few; so, it might be a little delayed,” district assistant director of agriculture (planned protection) Debkanta Kanda said.