Adventures of the tea ambassador

Lives of others: story of India's first woman tea-taster 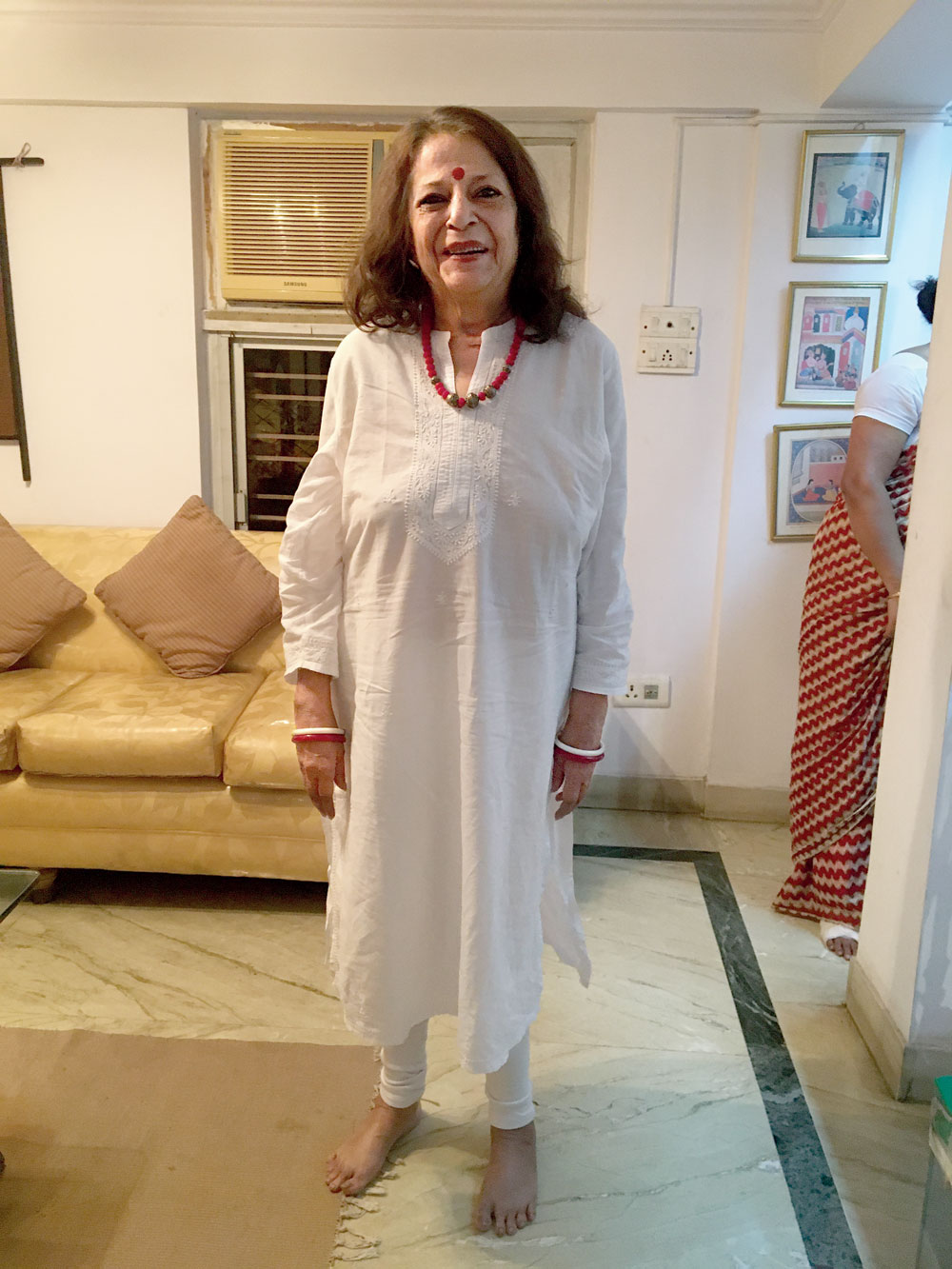 The first flush from Darjeeling comes in March. It is a light, bright aromatic tea, and the young leaves are delicately plucked. The second flush, from the second foliage, comes in May. It is mellow and full of flavour. It is followed, kind of on tiptoe, briefly, by the Muscatel, mellow and sweet, its arrival signalled by a flower that blooms in the hills.

This could be the Seven Ages of Man, the tea leaf version, and one can spend an entire life looking at tea. Dolly Roy, 66, has done that.

Roy needs no introduction to many Calcuttans, but for those not in the know, she is the person behind Dolly’s, The Tea Shop, in Dakshinapan, the open-air shopping complex in Dhakuria in south Calcutta. The tea shop is a Calcutta landmark and when the city is cooped up indoors, you long for it.

You long for Dakshinapan, too, and the smell of handmade cotton fabric: in Gurjari, Lepakshi, Mriganayani. And the touch of cloth. And the colours. And the sour salespersons, quite untouched by the processed vocabulary of a department store executive. And the aimless wandering, and some useless, some useful buying, and the pilgrimage ending at Dolly’s, where you plonk yourself down on one of the chairs outside caressed by the potted palm fronds, or walk into the shop itself, dense with paper lanterns and pictures and soft low seats and tea chests everywhere, stacked up, or on the floor, and the buzz of everyone talking, and you begin to get used to a calm frenzy that permeates the air, and want to order the tea. The elaborate menu comes with every variety — black, green, white, hot and iced, Darjeeling, Uttaranchal, Assam, first flush, second flush… you feel dizzy once more, and settle for the old favourite: lemon barley tea.

If you are with a friend, it is very likely that now you also get into a slow, whispered conversation that will eventually change your life. There’s something about Dolly’s, where Roy, widely referred to as the first woman tea-taster of India, herself gently guided the uninitiated through the menu, even as the matronly women who look after the customers exude a benign indifference that is 100% Calcutta. Dolly’s introduced to the city not only the pleasures of the tea that were once only an elite preserve, but also a place for conversations, and the two blend perfectly.

The shop started in 1988, the year Dakshinapan, a Calcutta Improvement Trust (CIT) project, was also inaugurated. And all these years, Roy has been there at the shop, seated in the left-hand corner in front of the counter, a handsome woman with kohl eyes, statement bindi and a grand presence, presiding over everything and somehow giving the impression of being throned.

Roy could not attend the shop the last two years because of her ill health. It was a little disconcerting to see the shop without her. Seeing her at her Lake Gardens apartment, which has a touch of the tea shop in it, also takes a little bit of an adjustment: it is difficult to imagine her outside the store. She looks graceful in a white salwar kameez, though a little tired as she is recovering from a surgery, but as effervescent as ever.

Her life has been extraordinarily eventful.

Her association with tea began by chance, when she was still very young. “I don’t remember all the dates any more,” she says. She began to work with the Tea Board around 1970 and was first in Mumbai, then called Bombay, working at Tea Centre in Churchgate, a tea room of great colonial charm.

So began her education in tea, which would later make her a leading Indian tea-taster and also an adviser on tea manufacturing. But the only connection she had with tea earlier was Darjeeling, where she had studied at Loreto Convent school. Both her parents were doctors in Calcutta.

What does it take to understand tea, other than a deep interest, patience and instinct, which are a tall order by themselves? A very fine, clean palate. “A tea-taster cannot drink or smoke,” says Roy.

Just a few months after she landed in Bombay, something happened that changed her life again. In 1972, she was chosen to go to the US as an “ambassador of tea”. “I didn’t even have a passport!” she says. And she was not yet 20.

But she did go, and toured 69 US cities, with the US Tea Council. “I was extremely nervous,” she said. She must have done well — she appeared on television too, “the only platform for advertisement then”. She would be accompanied by a woman working for the US council.

“The idea was to build up the image of Indian tea,” says Roy. She got a second stint of ambassadorship, in Europe. She would go around in a huge van and travel to cities in different countries. It was an exhilarating time, unusual for an Indian woman then.

After five years abroad, she returned to India and worked with a tea-broking firm. As with her career in tea, chance led her to the tea shop. From a conversation at a Puri beach she learnt about space available at Dakshinapan, had to wait for the entire day at a bank the day her loan was sanctioned, and finally set up Dolly’s, palm-fringed and with the white-and-sea green striped awning.

That was 32 years ago. Her work turned into a gift for the city.

Now she does not know when she will reopen the store, or how. But she has a few plans. She would also like to write her memoirs one day, she says.