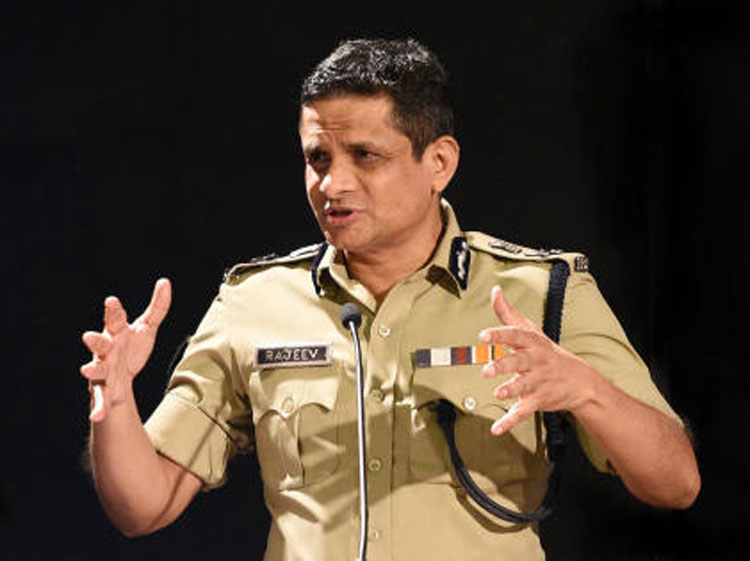 Calcutta police commissioner Rajeev Kumar on Monday tendered an “unconditional” apology for any “inadvertent disobedience” of the Supreme Court’s various directives in the Saradha case and said he was never in possession of evidence or documents related to investigations into chit funds scams.

The apology and the clarifications were part of an affidavit submitted by Kumar to the Supreme Court on Monday evening.

The affidavit was filed in response to notices issued by the court on February 5 on a contempt petition filed by the Centre.

In the petition, the Centre accused the state administration of wilfully violating the court’s directive to probe the Saradha and other related chit fund scams in Bengal.

The Centre had approached the Supreme Court a day after CBI officials had been prevented from visiting Kumar’s official residence in connection with the Saradha probe on February 3.

In the affidavit, Kumar accused the CBI of mala fide in relation to the actions of its officers on February 3.

Both De and Virendra also submitted separate affidavits to the Supreme Court on Monday and tendered “unconditional” apologies.

All the three affidavits were filed through the Bengal government’s counsel Astha Sharma.

The part that deals with the apology in the three affidavits read the same.

The three officers said “the answering alleged Contemnor herein, tenders his unconditional and unambiguous apology for any inadvertent disobedience of the orders passed by this Hon’ble Court”.

Kumar told the court that he was “never in exclusive and direct possession of evidences/material/documents” as alleged in the contempt petition, for him “to act contumaciously or subvert any orders passed” by the Supreme Court.

He said the materials related to the deposit scams had either been in the exclusive custody of various investigating officers or appropriate courts.

According to Kumar, all 76 Saradha cases which had been probed by Bengal police were taken over by the CBI. The affidavit says the CBI has been asked to probe 105 of 464 non-Saradha cases.

Accusing the CBI of mala fide, Kumar said no notice had been issued to him by the agency for a period of three years and five months, that is from May 9, 2014, till October 18, 2017, about his or other police officer’s alleged role in “destruction/tampering of” any evidence.

The commissioner said the CBI had issued him notices three times, on October 18 and 23, 2017 and December 8 that year.

“..,from the date of the transfer of investigation till 02.02.2019, there were neither any allegations nor any complaint made against the answering respondent herein, either regarding his conduct as the Commissioner,” said the affidavit.

According to Kumar, while he was at his Lalbazar office on February 3, he had received information that 25-30 persons claiming to be CBI officers, along with about 30 media personnel, appeared at the main gate of his official residence.

The commissioner said February 3 was the last day in office of then interim CBI director Nageshwar Rao.

“It seems very intriguing as to why such a major decision could not wait even for a single day for the new Director CBI to join, especially when the last notice was issued to the answering respondent, after a gap of more than a year. The action taken by the CBI was also de hors the orders passed by the Hon’ble Calcutta High Court keeping in abeyance the notices issued by the petitioner (CBI),” the affidavit states.

Chief secretary De pleaded “there is no element of deliberate defiance or mental willfulness on the part of the alleged contemnors, and the present petition, may accordingly be dismissed on this ground alone”.

He requested the court to direct the petitioner/CBI not to make any vague allegations against any state official without substantial and cogent evidence.

Virendra pleaded that though he was on the dharna site at the Metro Channel in Calcutta on February 3, it was to ensure chief minister Mamata Banerjee’s protection.

The DGP claimed that instead of holding “joint meetings” for “joint cooperation” in the probe into deposit default cases, the CBI issued notices to senior state police officers to appear before them as “witnesses”.