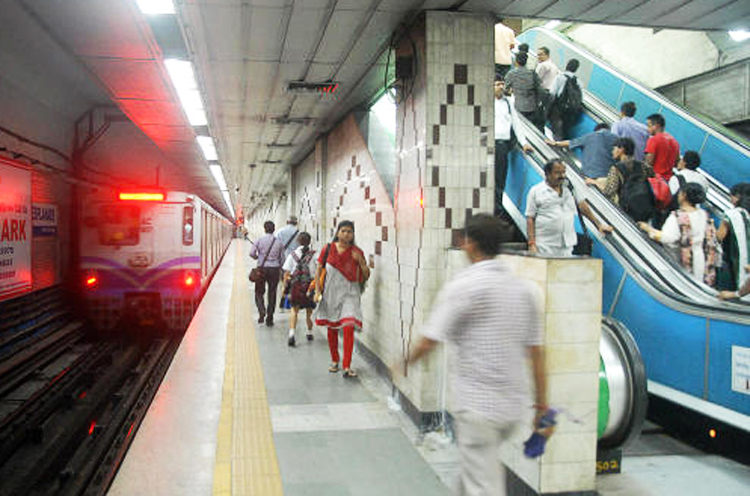 Clarity is not yet available how a Metro train could move with a passenger’s hand stuck in its door but safety-related features that had not been widely publicised till now have begun to emerge after the death of Sajal Kumar Kanjilal on Saturday.

At least two Metro officials in Calcutta said on Sunday the tolerance limit, which allows a train to run despite a gap between the doors, is 20mm. But an official in Lucknow, which has one of India’s newest Metros, and another in Calcutta said the limit should not cross 15mm.

What this means is that if the front part of a palm, whose width is mostly around 10mm, is stuck between the doors, the train can still move. But if the lower part of an adult’s palm, which can exceed 15mm, gets stuck, the train cannot move.

A Metro official in Calcutta said the tolerance limit when the rake was delivered was 30mm but it was reduced to 20mm. It’s not clear why it was not narrowed to 15mm. Some officials suggested it may have been done to avoid trains getting delayed but they added they were merely speculating and the guess was not based on any specific information.

The following are clips from a trial conducted on Sunday on the same train from which Sajal Kumar Kanjilal fell and died. The trial was conducted at the New Garia car shed

What is clear is that Metro needs to make passengers aware of details that may have appeared too technical until a life was lost on Saturday. This is all the more important because the Metro is one of the few facilities that inspire trust, one that in the ’80s and ’90s was considered a bedrock of reliability when little else worked in the city with precision.

“Once upon a time, I trusted the Metro doors so much that I put my head on the line. Literally. I won’t do it again,” writes a journalist in this newspaper.

The question then arises why Kanjilal could not free his palm on Saturday.

“We are still not sure what happened. From the CCTV footage, it seems he could not free himself because the train picked up speed. So, the only option for him was to cling on to the train,” said a senior Metro official. “The new rakes pick up speed much faster.”

Footage from another CCTV camera does suggest Kanjilal was standing on the footplate outside the door while it was moving.

It is not clear if he tried to pull his hand out or whether he was unaware that it could be done. But in a panic situation, the reflex action would have been to instinctively pull the palm out.

Even if the doors are built in such a way that fingers can be pulled out, there is no awareness drive informing passengers of this feature on the platforms, where last-second attempts at boarding a train are common.

If that was indeed true, it would raise the question whether the usual sensor-driven system, which prevents the door from closing when something thicker than 15 or 20mm gets in between, failed to work.

Metro officials said the software for the doors had been provided by a Munich-based firm, which is one of the leading players in the segment.

“He did not hit any object but probably fell after the driver and guard slammed the emergency brakes almost at the same time,” said a Metro official.