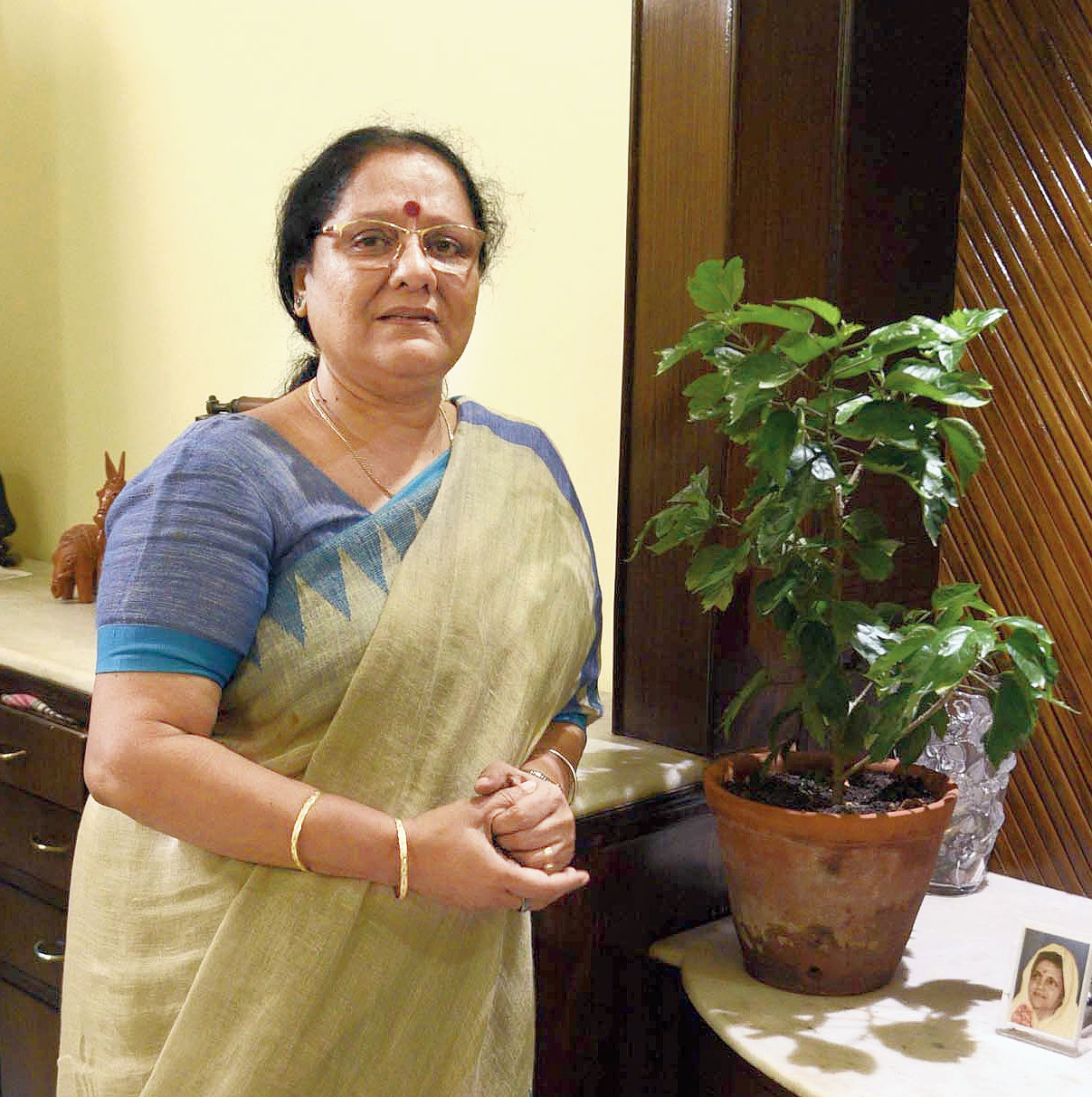 This year, organisers of 25 community pujas and two household pujas in south Calcutta and Salt Lake have taken a clean pledge.

These puja organisers will neither be immersing the flowers used in the puja and the burnt logs from the pyre in the river nor will they be dumping them in the nearby vat. Instead they will hand over the pile to a lady who is out to make a difference on her own.

Golpark resident Bhaswati Basu, 57, has reached out to several pujas with the appeal as she plans to create compost with the organic waste.

“These days flowers are no longer allowed to be immersed in the river to reduce pollution. So people have taken to throwing them away in garbage dumps. The sight used to make me feel bad,” said Basu.

Once she came up with the idea a year ago, she undertook training in creating compost. “For the last one year, I have been trying out by using organic waste from my home and two nearby eateries. Even flowers from my son’s wedding reception came home with me. It takes two months of storage in a drum. I have now gained confidence to work on a larger scale,” said Basu, who has launched a non-profit organisation called Sambhab.

Basu has got written confirmation from 25 Puja committees that have inked a deal with her for a collection cost of Rs 501. “Two household pujas, one in Purnadas Road and another in the Palm Avenue area, have also agreed.”

While so far she used to use the compost she created in her own garden, now she plans to distribute the fruits of her labour among flower farmers in East Midnapore. “This way, their land will be freed from the poison of chemical fertilisers.”

If Basu is voluntarily offering to stand between pujas and pollution in her determination to deal with some of the litter left behind by the four days of rituals, it is because she is used to standing guard — behind wickets. “I used to keep wickets in the Bengal women’s team between 1977 and 1983, and was also a member of the Kamala Nehru Shield winning squad in my last year.”

Basu has a three-storeyed building near her house ready with drums to compost her collection. She has also got permission from the Calcutta Municipal Corporation to collect flowers dumped at the ghats. “I plan to visit Babughat to collect floral waste on Ekadashi and Dwadashi morning,” she said. Her target is 2.5metric tonnes. “Organic waste yields 30 per cent as compost.”

Among the pujas which will be saving their flowers, bel leaves and burnt wooden sticks for her to collect daily over the four festive days are Jodhpur Park, Samajsebi Sangha, Mudiali Club, Bakulbagan, Badamtala Ashar Sangha and Salt Lake FD Block.

She is also planning for Kali Puja and Jagaddhatri Puja. “In the days to come, this environment-friendly method of disposal will be embraced by all pujas,” said secretary of Badamtala Ashar Sangha Sandip Chakraborty.

Basu, however, has a wish. “Even if one person comes forward to learn how I do it, I will be happy to pass on my learnings,” she said.