The police have fed nearly 250 stray dogs in two days, according to Calcutta police officers 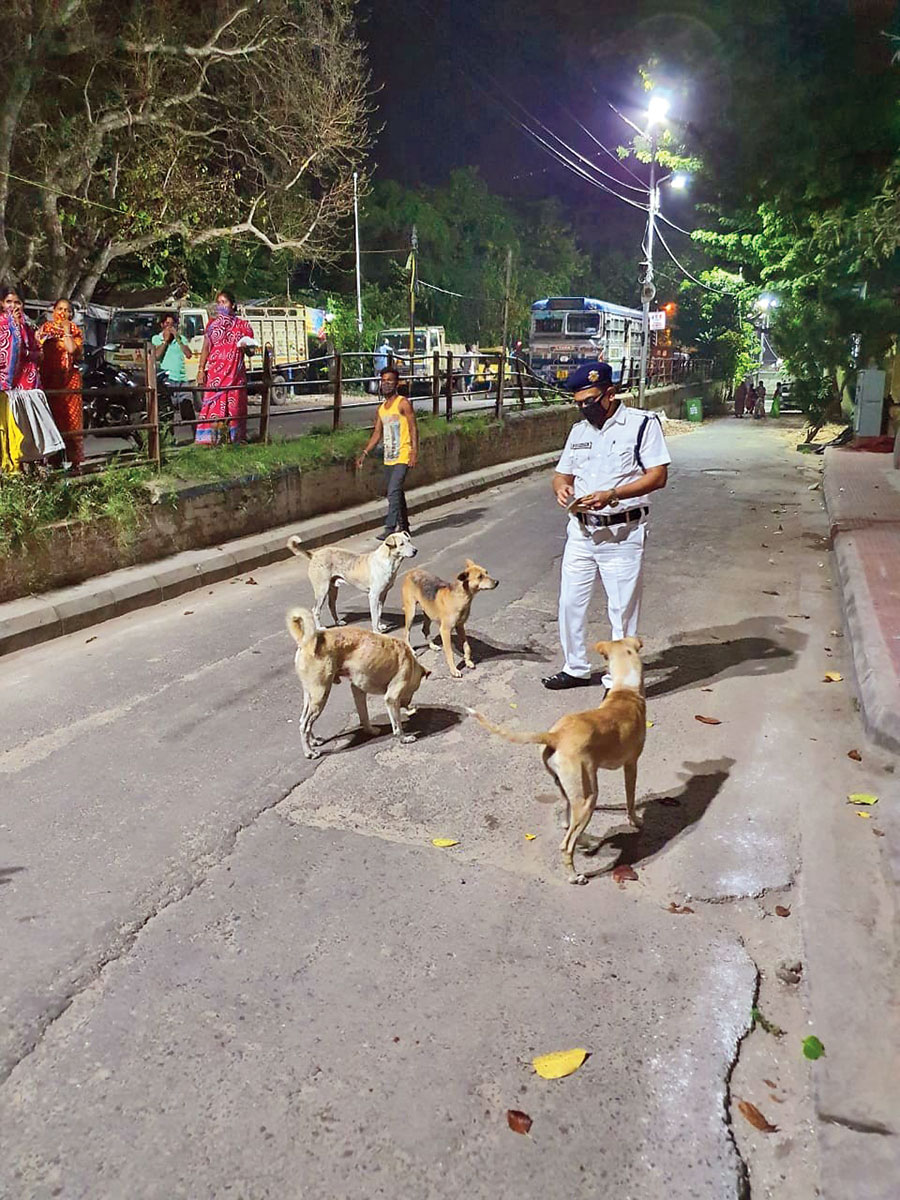 Cops across the city have started feeding stray dogs, many of who survive on food provided by animal lovers in the neighbourhood.

Officers of the anti-rowdy squad have formed multiple teams under an officer of the rank of assistant commissioner for the project that took off on Thursday. The police have fed nearly 250 stray dogs in two days, according to Calcutta police officers.

“This is completely new to us. For the first time in my stint in this department, I have got a chance to serve the animals. Otherwise our routine duty needs us to be very rough and tough,” said an officer of the anti-rowdy squad, which specialises in tracking and arresting hardcore criminals.

Senior officers at Lalbazar said the idea struck them when several organisations for animals approached the police seeking permission to feed stray animals.

Multiple teams — comprising not more than two or three members — fanned across the city to feed stray dogs in the city from Thursday.

Each team is trying to cover stretches and feed rice and biscuits to stray dogs over six to eight hours a day.