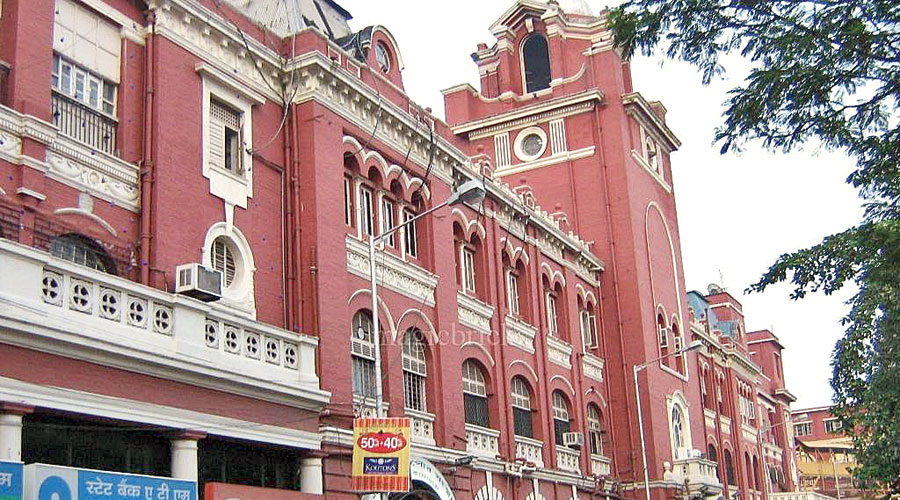 The West Bengal State Election Commission on Thursday issued a gazette notification, announcing polls to 144 wards of the Calcutta Municipal Corporation on December 19.

Votes will most likely be counted on December 21 while the entire poll process will be wrapped up by December 22, state election commissioner Saurabh Das said at a news conference.

Election to the CMC was due since the five-year tenure of the elected body expired in May 2020. Polls could not be held at that time because of the Covid-19 pandemic.

“The Model Code of Conduct came into effect as soon as the election notification was issued. Filing of nominations also started today. The date of counting will be notified through a separate notification later,” Das said.

Polls will be held at 4,742 primary booths and 385 auxiliary booths. Around 40.48 lakh voters will cast their votes between 7am and 5pm, Das said.

He added that the polls would be conducted through EVMs and by adhering to the Covid-19 protocols followed by the Election Commission of India during the Assembly polls and bypolls.

The last date for filing nominations is December 1, while they will be scrutinised on December 2. A candidate can withdraw the nomination latest by December 4. In case there is a need for re-poll in any ward, it will be done on December 20. Initially, the commission had plans to hold polls to the Calcutta and Howrah municipal corporations together on December 19, sources said.

However, on Thursday, polls to the Howrah civic body weren't notified. Sources in the administration said the election date for Howrah could not be notified on Thursday as the bill that was introduced to exclude Bally from Howrah Municipal Corporation was yet to secure the governor’s ascent.

“The state wants to hold polls in Howrah after the demerger of the Bally municipality area from the corporation. As the governor is yet to sign the demerger bill, the poll notification for Howrah Municipal Corporation could not be issued on Thursday,” said an official.

State Election commissioner said the state poll panel was yet to receive any communication regarding HMC polls.

“According to the Act, the commission decides the date of polls in consultation with the government. The state government communicates a probable date to hold polls and the commission may or may not decide on it. However, no such communication has been received regarding Howrah Municipal Corporation,” Das said.

With this, the initial plan of the state to hold polls of HMC along with CMC appears to be impossible.

“If polls in Howrah were to be held on December 19, the notification had to be issued by Thursday. Since the governor has not yet signed the bill of demerger, the commission had no other option but to go ahead with Calcutta only,” a source in the state poll panel said.

The commission has sought a report from the DGP of the state and the Police Commissioner of Calcutta detailing the security requirements during the polls.

“They will submit a report within a couple of days. After that we will let you know the details of security arrangements,” Das said. However he added that the break up of security personnel posted in all booths will be ‘the same as the last time.’