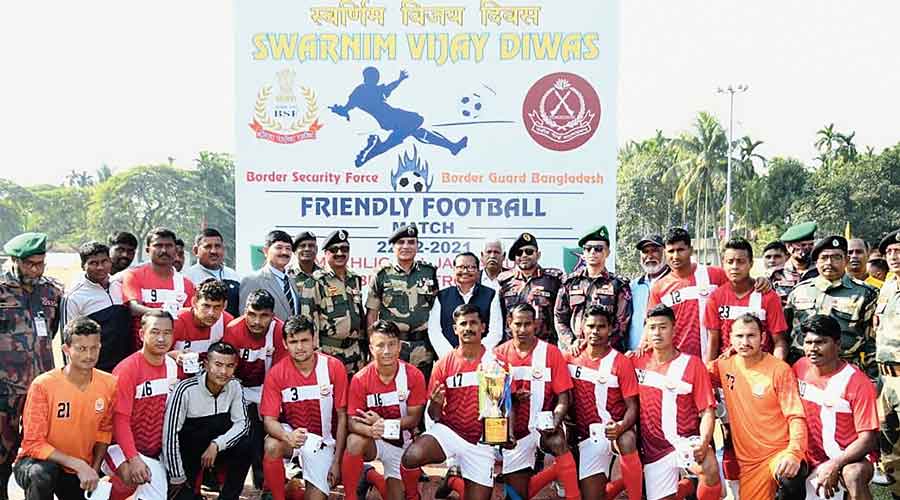 A friendly football match was played between the Border Security Force (BSF) and Border Guards Bangladesh (BGB) at the local grounds of Mekhliganj in Cooch Behar district on Wednesday to celebrate the 50th year of the Bangladesh war of liberation and the golden jubilee of Bangladesh Independence in 1971.

Both the teams played well, but finally the BSF team won, 2-0.  After the match, mementos and trophies were presented to the teams.

Ravi Gandhi, the inspector -general of the north Bengal frontier of the BSF was the chief guest at the event along with Paresh Chandra Adhikari, the minister of state for education, who was the special guest of honour.

On behalf of the BGB, a team of senior officers led by Colonel Mohammad Zakaria Hussain, the deputy region commander of Rangpur region, was present to witness the football match.