If you don’t mind the old, if you find it elegant, not to say comforting, Broadway bar is the best party in town 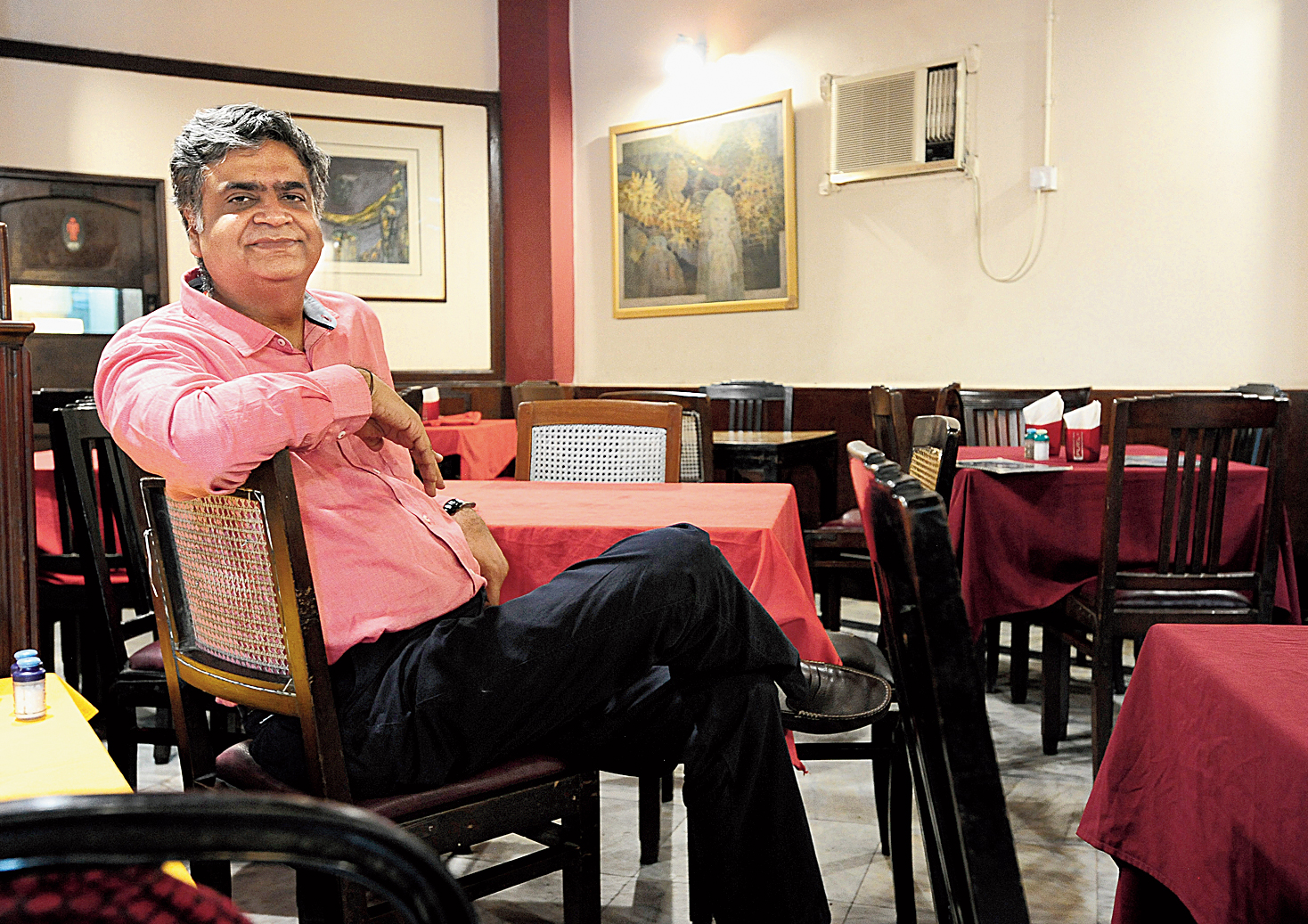 As the metal clinks against the glass, and the buzz mixed with laughter rises from the low tables covered in maroon or yellow tablecloths, and the shaded lamps throw light on black- and-white old Calcutta pictures, and the draught beer taps are placed on your table, and moonlight blended with electricity cracks in through the large glass windows on the front, you only miss live music. But then a tall gentleman enters the bar at Broadway Hotel through the side entrance.

He is very tall indeed. He appears silently at the door and then glides from table to table, ensuring that everyone gets a seat quickly, especially the ladies.

Sandeep Sehgal is the current owner of Broadway Hotel on Ganesh Chandra Avenue. Apart from lending his graceful, welcoming and slightly mysterious — he hardly speaks to a guest — presence to the place, he has also rendered a great service to the city.

He has kept Broadway Hotel and the bar, one of Calcutta’s most-loved places that started in 1937, the way he found them. Almost. Since he took over the hotel three years ago — the bar is on the ground floor; the four floors on top have rooms to stay in — Sehgal has just added one or two necessary, unobtrusive facilities to the bar and to the hotel. Such as the draught beer, AC, new crockery and a new menu that only adds to the old items, which include boiled eggs and the famous “Stock Market Toast” (named after bakery bread that was found near the Calcutta Stock Exchange building).

In the process he has assured old Broadway faithfuls, who form a substantial number of Calcuttans, that their refuge remains undisturbed. He has also performed an act of conservation — of a dear piece of the city, where “development” is a euphemism for demolishing the old.

Broadway, now, is exceptional in another way, as most bars in this part of the business district have either renovated themselves into a new-age tackiness to become unrecognisable or have turned into crooner bars. Or both.

I finally get to talk to Sehgal, 53, in his large and plain office on the first floor of the hotel. He was born to a Punjabi family in the city and educated here and abroad. “I am not going to change any of this. Because there is going to be no other place like this,” he reassures me personally.

Broadway always defied change, even in the hands of the earlier owners. Since the early 2000s, when most of the bars in the neighbourhood turned into crooner bars, Broadway stood its ground. Then, too, the bar had a loyal following, but mostly of office-goers.

It remained stodgy and refused an image makeover. Because it was confident of its charms, which begin with the old wooden doorway at the Ganesh Chandra Avenue entrance. It is a small cubicle by itself, possibly unique in Calcutta.

After Sehgal took over, the bar looks a little spruced-up, but still old and plain. So what is it that is so inviting?

Once you get in, if you are lucky, you may get a table by the large front windows. Or by the wall-to-wall mirror on one side. It does not matter really. The waiters will not trouble you with excessive attention, as in a snazzy restaurant, but will not neglect you either. The menu is exciting — you get everything from a robust Chicken-a-la-Kiev to succulent pieces of deep-fried Katla fish, and at prices that are quite old world too.

The old bar stands in a corner. On some evenings, you may spot another tall gentleman, much older, taking the same rounds as Sehgal. He is Mr Sehgal Sr.

But it is not one single detail. Here you are never rushed. They will let you be. Everyone is welcome. You feel good. You feel looked after.

Most of all, you feel free of the shiny oppressiveness of synthetic wood, glass and metal that defines the new restaurant chic. The new breeds such anxiety. It makes you feel that you are not up to it.

Broadway tolerates the old. You relax.

If you don’t mind the old, if you find it elegant, not to say comforting, Broadway bar is the best party in town.

That does not mean it is not cool. Far from it. The young, the trendy and the different are being increasingly spotted at Broadway. Some celebs too. A few scenes from the recent Bollywood film Dhadak were shot here.

Sometimes saving the old is good business as well.

Sehgal takes me on a guided tour of the hotel. The rooms are spacious ones, with old, unfussy furniture, very clean.

The previous owners, who were deeply attached to the property, had asked Sehgal, who also owns the restaurant Flavours of India on AJC Bose Road, Calcutta, and Hotel Utsav in Santiniketan, if he would make any changes.

“But I would not change anything,” Sehgal repeats. “We can’t make another property like this.”

“I will have to replace the furniture when they become too old. But this red oxide floor? These beams? Where will I get them now?” he asks.

Sehgal was also particularly careful in retaining all the staff. “In the hotel we have third-generation guests coming,” Sehgal says. The waiters and the visitors know each other. Besides, Sehgal did not visualise the hotel without the people who were a part of it.

If he has to renovate the hotel, the old Great Eastern Hotel will be his model. “Not the new one,” he stresses. “The old one.”

Sehgal reveals his height is 6ft 6”. He walks tall.