Blot on British rule in focus at Raj memorial 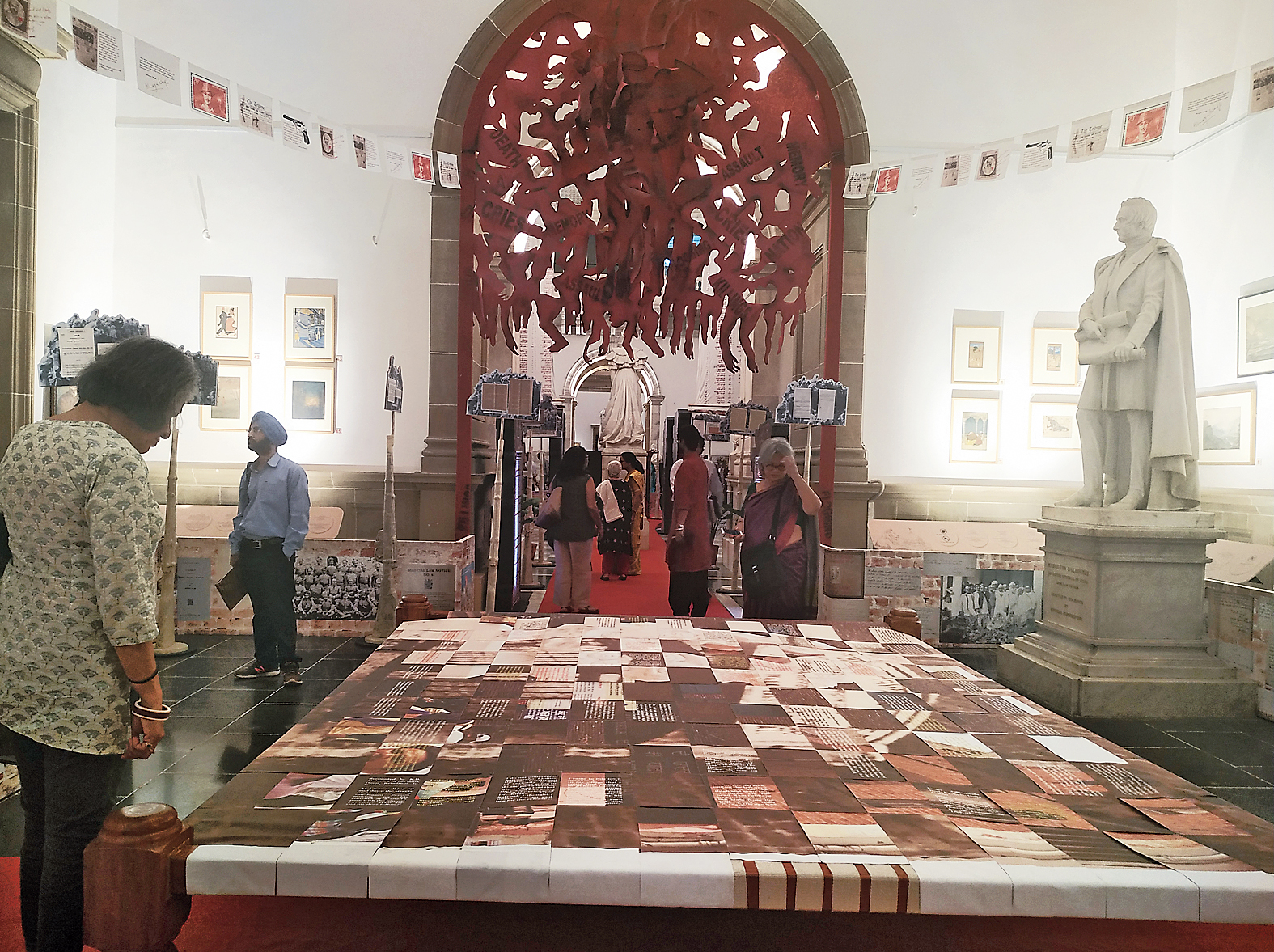 A charpoy, the most common street furniture in the lanes of Amritsar, at the Victoria Memorial exhibition documenting the Jallianwala Bagh massacre
(Picture sourced by The Telegraph)
Anasuya Basu   |   Calcutta   |   Published 02.03.20, 08:03 PM

A monument to the Raj is hosting an exhibition on one of its worst atrocities.

The exhibition titled Ways of Remembering Jallianwala Bagh and Rabindranath Tagore’s Response to the Massacre is being held at Victoria Memorial — envisaged by Lord Curzon to showcase the “achievements of the Empire” — to commemorate the centenary of the tragedy.

The curator of the exhibition, Sarmistha Dutta Gupta, spoke about the “use of colonial space and taking a postcolonial approach in interpreting an infamous episode of the British Empire”.

“We have consciously used the grand colonially founded institution dedicated to Queen Victoria in 1921 to focus on the severest blot on British rule in India and thereby on colonial governance and oppression,” Dutta Gupta said.

The exhibition, an installation that includes visuals, audio, oral narratives, press clippings, poetry, music and a charpoy — the most common street furniture in the lanes of Amritsar — seeks not just to document a well-known narrative of the massacre on April 13, 1919, but also “what is forgotten when we think of Jallianwala Bagh”.

“We have relegated to the margins stories of men who were captured from village after village in Punjab and forcibly recruited for World War I in the months preceding the massacre. We have obliterated hundreds of women who survived the loss of their next of kin on April 13, 1919, refused compensation from the British government and contributed all they had to the Jallianwala Bagh Memorial Fund,” Dutta Gupta said.

The exhibition focuses not just on Tagore’s refusal of knighthood but also his letter to the viceroy that remains the most severe and incisive critique of colonial violence in India.

Tagore also disagreed with the idea of building a monument in memory of the incident as proposed by Gandhi and the Congress in 1920. Today, the memorial is divested of human memories and is just another tourist spot.

“It is a landmark exhibition for us at the Victoria Memorial Hall because it is the first time that we are engaging with colonial atrocity in a museum that is a memorial to the Empire. In a sense it is very apt that Victoria would do so because the Jallianwala Bagh massacre eventually proved to be a tipping point in the history of the nationalist movement in India,” said Jayanta Sengupta, the secretary and curator of the Victoria Memorial Hall.

The exhibition will remain open till April 19.