BJP, CPM hope to give a good fight to TMC's Babul Surpiyo in upmarket Ballygunge

Both BJP and TMC refuse to give any importance to CPM candidate Saira Shah Halim, claiming that her fight will be more with Congress for third and fourth positions 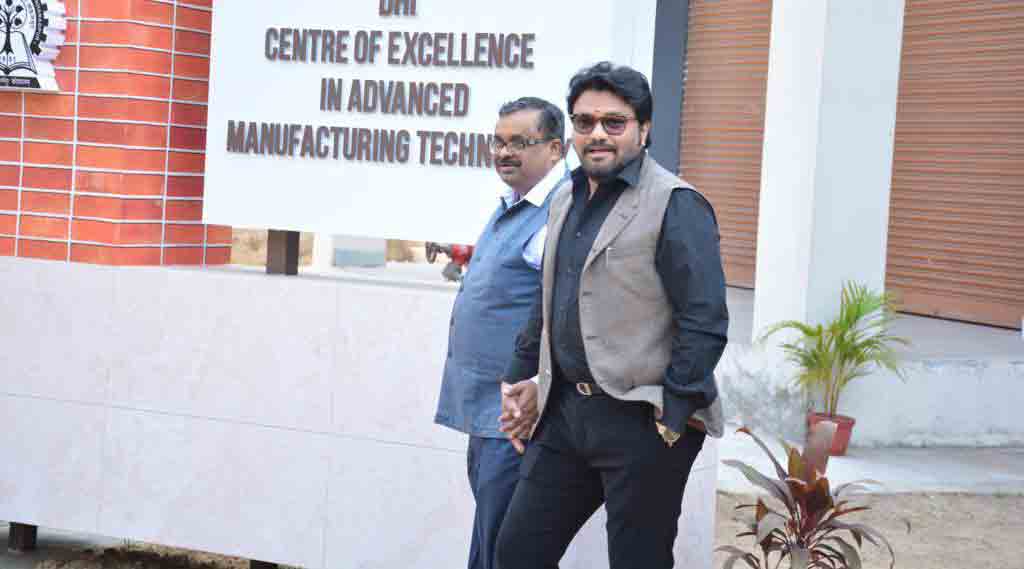 Opposition BJP and the CPIM candidates are hoping to play spoilsport to celebrity Trinamul Congress candidate Babul Supriyo having a cakewalk in the April 12 by-poll to the upmarket South Calcutta assembly constituency of Ballygunge, which has been a pocket borough for the TMC since 2006.

The south Calcutta constituency is a unique patchwork which boasts of palatial houses of the Birlas, Thapars, Mookherjees (of Martin & Burn fame) and Zamindars of yesteryears such as the Rajas of Santosh, as well as tony upper middle-class high-rises and sprawling slums.

Traditionally since the 1950s, the fight in these constituency used to be between CPM and the Congress, with the slums and some of the middle-class intelligentsia voting Left, while the rest of the middle class and Uber rich rooting for the Right.

The rise of the left-off centre Trinamul saw votes of both the poor and rich gravitating towards the Mamata Banerjee-led party. However, the rise of the BJP in last few years has again created a new right-wing electorate, while the Left is hoping to make a small come-back by channelling dissatisfaction with TMC towards votes for the hammer and sickle.

The TMC of course remains confidant of the Mamata-magic.

"I am getting great response from people - across the constituency including in areas like Park Circus. The opposition is levelling all kinds of false charges against me as they are sure of defeat," Supriyo told PTI over the phone, while undertaking a door-to-door campaign in the minority-dominated Mullickbazar area.

The around 2.5 lakh electorate in the constituency reflects an eclectic mix of Bengali and Hindi speakers, Urdu-speaking Muslims, with a sprinkling of Anglo -Indians, Christians, Parsis and a handful of Jews. The by-election to Ballygunge was necessitated by the death of Subrata Mukherjee in November, 2021, who was then the Panchayat Minister in the Mamata Banerjee cabinet.

In the last election held in 2021, TMC received over 70 per cent vote share, the BJP candidate came a distant second with just over 20 per cent votes and the CPM got 5.61 per cent.

The campaign is on but yet low key as can be expected in a by-election. Saira Halim is banking more on door-door campaigns, trying to access pockets of Left support for her party with the help of a band of young volunteers from the CPM's student and youth wings.

TMC leader Baiswanor Chattopadhyay, overseeing the Supriyo's campaign, said Muslims are a majority in wards 60, 61, 64, 65 of the seven-ward (others being 68, 69 and 85) constituency, which he estimates constitutes over 50 per of the vote.

"We don't see the voters in the prism of Muslims, Hindus or Bengalis and non-Bengalis. They are all people of Bengal living here for years. It is the BJP which tries to divide them into segments," Chattopadhyay told PTI.

Supriyo has been facing a campaign of innuendos where he has been called a `turncoat' for switching from the BJP to Trinamool, and an Imams organisation had early in the campaign held meetings against him where this had been highlighted.

However, Chattopadhyay said, "Muslims in Ballygunge will vote for Mamata Banerjee who stands for secularism, democracy and justice. They know TMC is their true friend which does not try to divide people along religious lines and do not dangle the threat of NRC and CAA on those living here for decades."

A rally was however held on Saturday in the constituency by some Leftist social organisations, which had earlier staged anti-NRC and anti-CAA protests. with the slogan "No vote to Babul Supriyo and the BJP".

BJP south Calcutta district President Sanghamitra Choudhury, overseeing the party's campaign in Ballygunge, also claimed, "In our campaign we have discovered Supriyo has no acceptability. The death of student leader Anis Khan and burning of nine minority community people including innocent women and children at Bogtui have shaken the voters in these areas," she said.

BJP's candidate Keya Ghosh said that she is confident of getting the people's blessings across all sections of voters in the constituency provided free and fair elections are held. "By changing his colour and comments within a couple of months Babul da has lost his credibility from the ideological point of view," she claimed.

Ordinary voters however have other things to worry about. Biplab Maity, a tea stall owner and a resident of Pyarabagan slum, said he is more concerned about rise in cooking gas prices.

Doing some plainspeak, Maity said, "My wife got money in the Lakshmir Bhandar scheme and we love Didi, I like the way Babul Supriyo sings, but that's it."

Both BJP and TMC refuse to give any importance to CPIM candidate Saira Shah Halim, claiming that her fight will be more with the Congress candidate for the third and fourth position.

The CPI(M) last won the seat in 2001 and secured a third position behind Trinamool Congress and BJP in the 2021 elections, when Saira's husband, a well-respected medical doctor, Fuad Halim contested.

Saira Halim, daughter of former deputy chief of Army Staff Lt General (retd) Z U Shah and herself a poet, too claimed that the death of student leader Anis Khan and the Bogtui killings will have an impact on the bypolls. "The perception that the TMC is a party looking after the interests of minorities is wrong; these two incidents will affect it very badly," she said.

However, she admitted that it will be an uphill task to win from the constituency which the party had last won two decades ago, Saira said "as of now we are giving a good fight."