Shankar Ghosh, MLA from the saffron party, alleged irregularities at the vaccination centre in Bharatnager area under ward 24 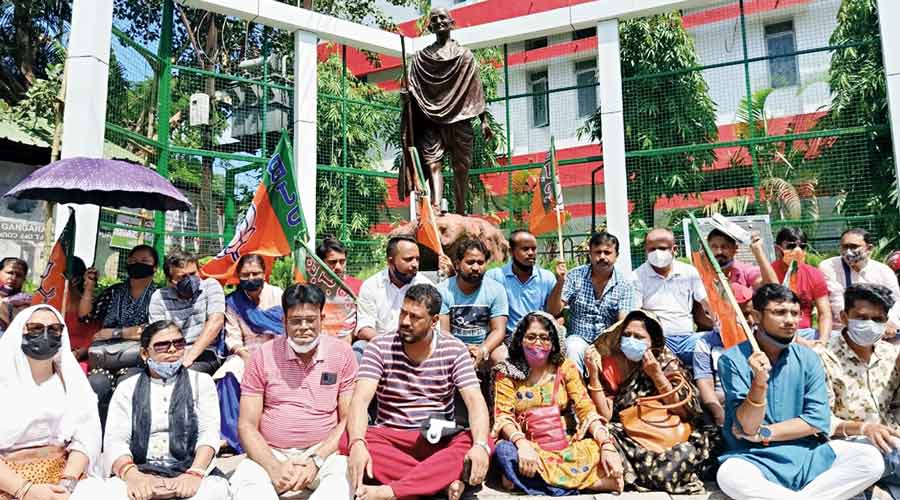 The CPM and BJP on Wednesday organised protests alleging that Trinamul was controlling some Covid-19 vaccination centres in Siliguri and giving priority to their supporters for the jab.

Shankar Ghosh, Siliguri MLA from the BJP, alleged irregularities at the vaccination centre in Bharatnager area under ward 24.

“I returned from Calcutta this morning (Wednesday) and local residents told me Trinamul supporters were at the vaccination centre and were getting jab priority,” alleged Ghosh.

The MLA said Trinamul cadres confined and heckled him and kicked on his scooter when he protested. Ghosh went to Kachari Road in Siliguri for a sit-in dharna for half-an-hour.

The CPM also held demonstrations in Siliguri. “We have been noticing that some Trinamul cadres are influencing the vaccination process... They only allow their party supporters to get vaccinated,” said Sharadindu Chakraborty, district secretariat member.

The CPM gave a memo to the commissioner of SMC and threatened an agitation against the board of administrators of the SMC if the alleged practice did not stop.

Gautam Deb, the chairman of the BoA of the SMC, visited the vaccination centre at ward 24 and said only those in queue for the jab would be let in.