Bins handed out for waste separation in Calcutta's Chetla 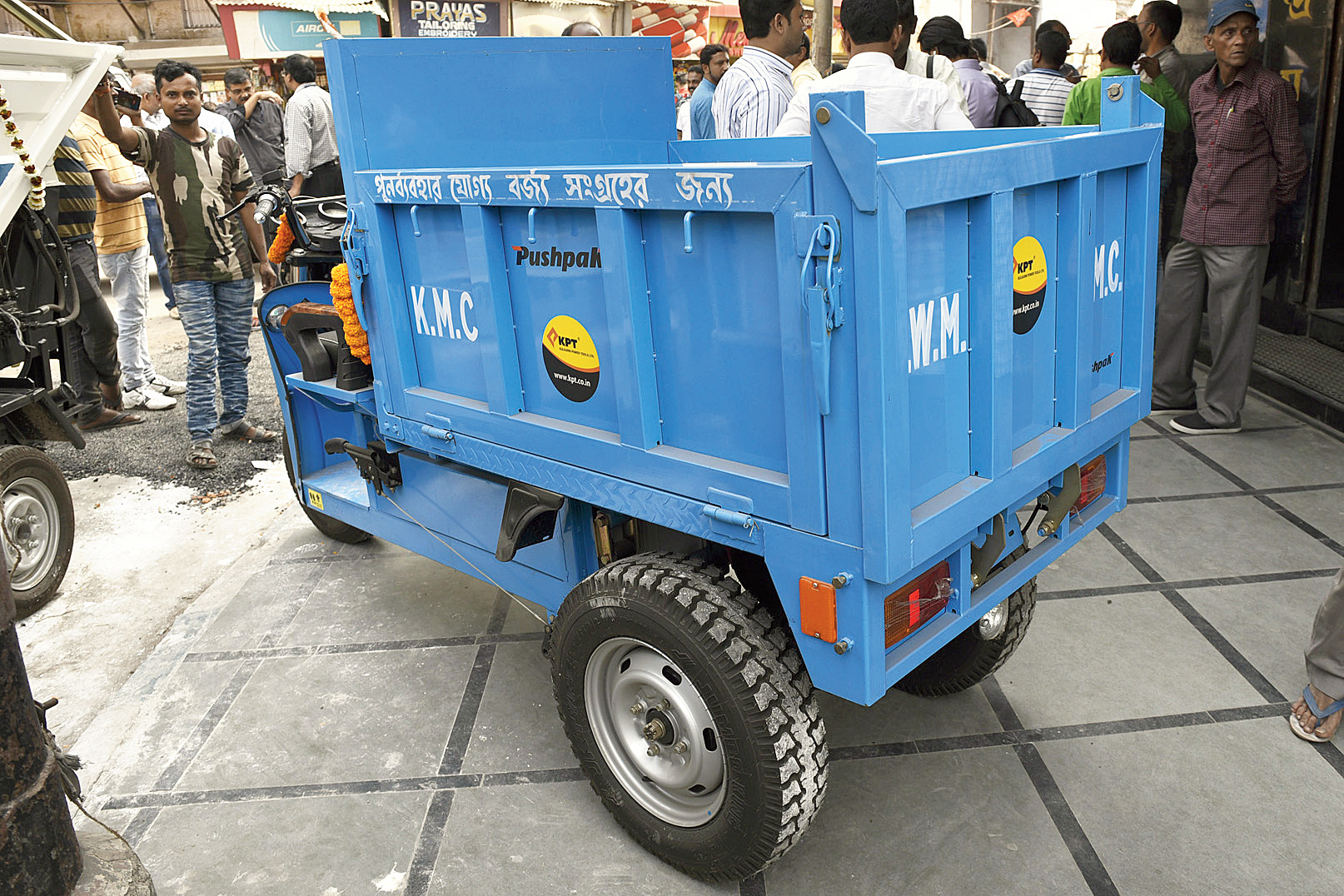 Mayor Firhad Hakim handed over colour-coded waste bins to residents of Chetla on Wednesday, marking the introduction of waste segregation at source in 20 wards in the city.

The mayor had on Friday announced that waste segregation at source, which will make recycling of waste easier and reduce the volume of garbage to be dumped at Dhapa, would be rolled out in 20 wards.

“The scheme will be rolled out in all 20 wards in three months.”

Those who were given the colour-coded bins on Wednesday were all residents of ward 82, which Hakim represents in the civic house.

“The biggest challenge urbanisation faces is waste management. A garbage hill has formed at Dhapa. We cannot afford to have another hill. So, segregation and recycling is the way forward,” the mayor said at the programme at Ahindra Mancha in Chetla.

Rajib Bose, who leads the collection of recyclable waste in ward 110, stressed the need for running an awareness drive.