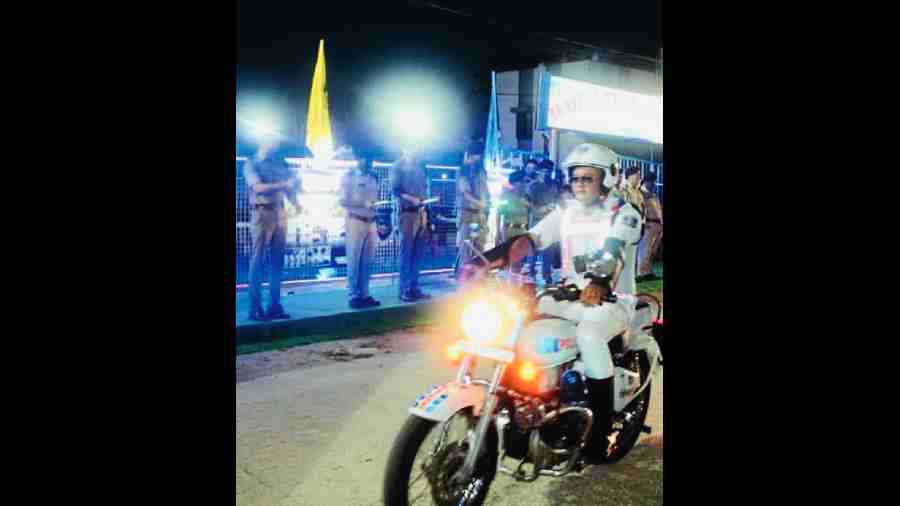 The Siliguri Metropolitan Police has introduced Traffic Rakshak, a new bikers’ squad, for better traffic management in and around the city.

The team, which will function under the traffic department, was flagged off from police lines in Mallaguri of the city by commissioner of police Gaurav Sharma on Saturday evening.

“We have divided the entire area of Siliguri Metropolitan Police into 44 traffic zones. There will be two policemen on each motorcycle to cover each of these zones. They will assist the existing traffic force for better vehicular movement, help clear snarls and check parking spaces to prevent any violation,” said a police officer.

These bikers — 88 per shift — will work in areas already covered by six traffic guards and two traffic outposts in and around Siliguri.

The bikes, sources said, have been provided by the state police directorate.

“Each bike is equipped with a GPS tracker and its movement will be monitored from the police control room. Biker cops will have walkie-talkies and loudhailers with them,” the officer added.

In Siliguri, managing traffic, especially during rush hour, has been a major area of concern.

In recent times, law enforcers have introduced a number of measures for commuting ease.

These include barring e-rickshaws and rickshaws on prominent thoroughfares and abrupt parking of vehicles.

“We are in regular contact with civic authorities. We also share our views on how traffic management can be improved. This new squad, we believe, will be effective in easing vehicular movement across the Siliguri,” said the officer.