Bijan Setu to be closed for check-up 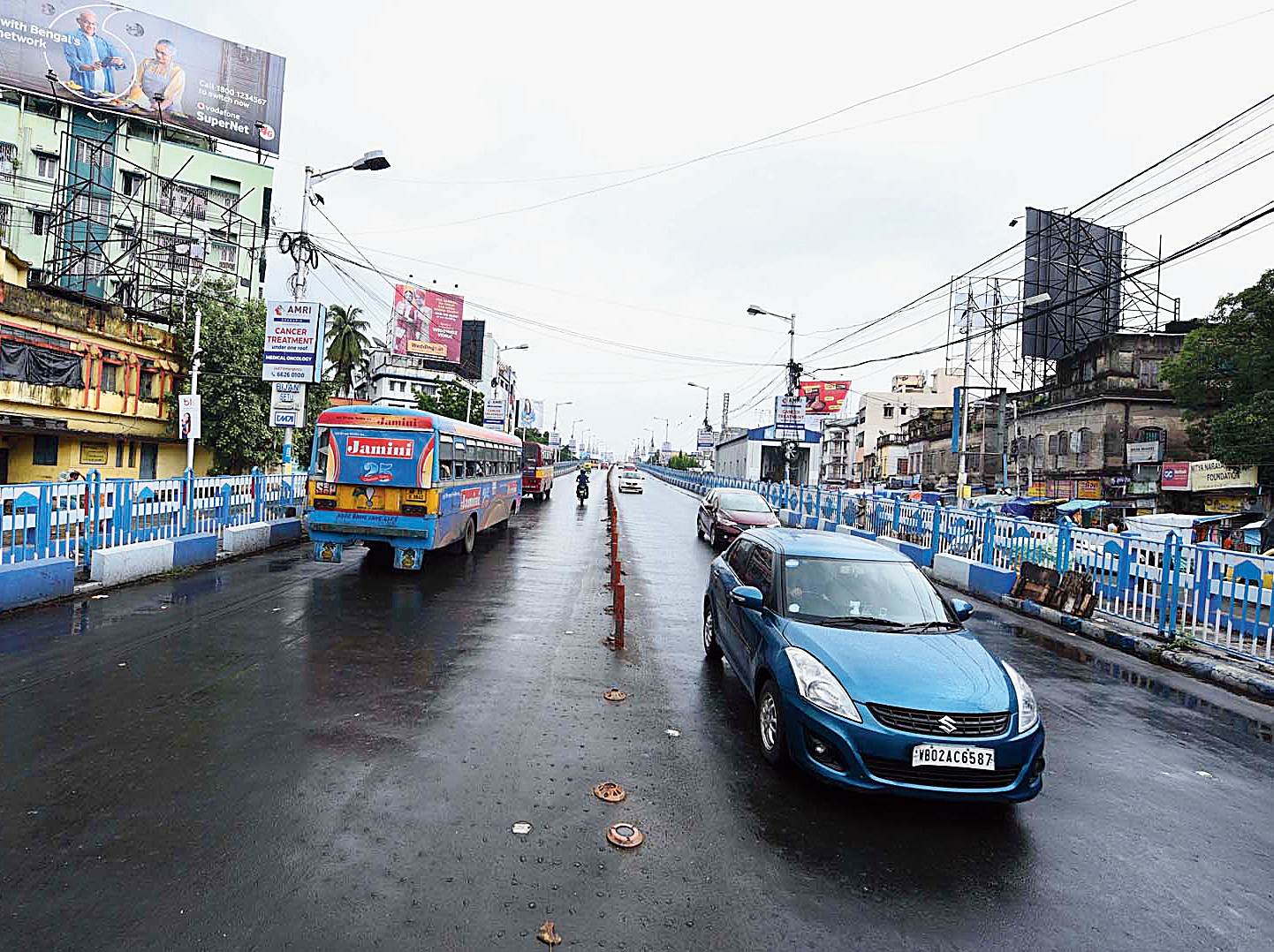 Bijan Setu, which connects Kasba with the Gariahat area, will remain closed from 10pm on Friday (September 13) to 5am on Monday (September 16) for a health study.

Police officers warned of snarls and said the buses that use the bridge would be diverted through the Bypass-Prince Anwar Shah Road connector, Bypass-Park Circus connector and the Bypass-Patuli connector.

The state government has been undertaking health study of bridges and flyovers across Calcutta since the collapse of the Majerhat bridge in September last year.

“The bridge will remain closed for 55 hours, from 8pm on Friday till 5am on Monday. Though there is a weekend, snarls cannot be avoided because thousands of vehicles use the bridge every day,” said a police officer.

“The shutdown is needed because we will conduct a load test on the bridge,” said an official of the Calcutta Metropolitan Development Authority (CMDA), which will conduct the test.

Metro has reported that the tree roots have penetrated the portion below the deck of the bridge.

For buses that ply down the bridge, the police have chalked out a plan based on their routes and destinations. “All Howrah-bound buses will be diverted via the Bypass-Park Circus connector. All buses going towards Tollygunge and Behala will be diverted through the Bypass-Prince Anwar Shah Road and Bypass-Patuli connectors,” the officer said.

For cars, too, the three connectors have been chosen as alternative routes. “The cars can take any of these routes. There won’t be any restriction on the movement of cars unless there is a severe snarl in a particular area,” an officer said.

Police sources said they were fearing snarls in large parts of south Calcutta because Bijan Setu is an important east-west corridor of Calcutta. Thousands of vehicles use the bridge to travel between south and west Calcutta (Behala and adjacent areas) and east Calcutta or Salt Lake.

The Chingrighata flyover, which was closed at 8am on Friday, will be reopened at 11.30am on Monday.The police said the CMDA had initially sought time till 8am on Monday to finish the test. The agency later told the police that the test could not be completed before 11am.