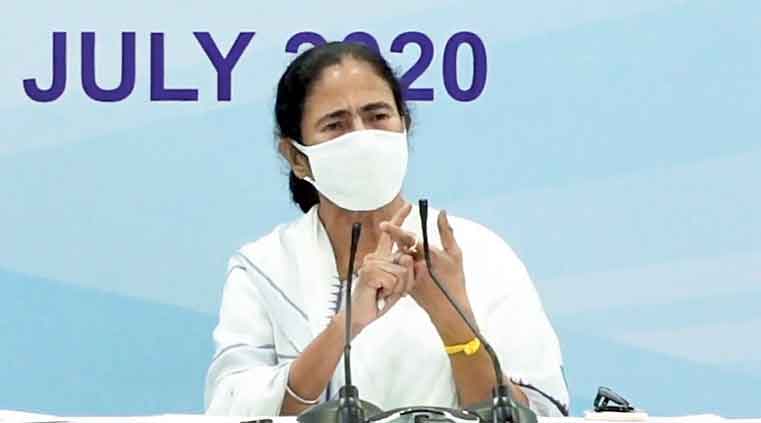 The Mamata Banerjee dispensation has decided to join a central scheme to ensure piped water supply to rural households across the country after the Union government allowed the state to shoulder 10 per cent of the project cost that New Delhi wanted the beneficiaries to pay.

The plan is to supply water through pipes to around 18 crore rural households, including nearly 2 crore in Bengal, under the Jal Jeevan Mission scheme by 2024-2025.

The Bengal government had initially decided against joining the central scheme as it stipulated that 10 per cent of the project cost would have to be borne by the beneficiaries. While the Centre would contribute to 50 per cent of the expenditure, the state’s share was pegged at 40 per cent.

The Trinamul Congress government wrote to the Centre, pointing out that the state didn’t levy water charges according to its policy and pleading for permission to allow it to shoulder the beneficiaries’ share in the Jal Jeevan Mission.

“The Centre allowed the proposal. Now the scheme would be implemented in Bengal on a 50:50 cost sharing basis between the state and the Union government,” said a senior state government official.

According to a rough estimate by the public health engineering department, a sum of Rs 12,000 crore would be required to connect 2 crore rural homes with piped water supply in the state. That means, the 2 crore villagers needed to pay Rs 600 each on an average under the scheme.

“As the state has decided to shoulder the beneficiaries’ share, it would have to pay Rs 6,000 crore to complete the project. The scheme has been named Jal Swapno in Bengal,” said a source.

With the Narendra Modi government giving its go-ahead, the state administration connected nearly 70,000 homes with water lines in the past two months.

Sources have said majority of the households are in the districts of North 24-Parganas, South 24-Parganas and Nadia, where the state government was also implementing its own water supply projects.

“Under these projects, we had erected standposts at several localities to supply water to about 20 to 25 families each, but there is no house connections. With the launch of the new scheme, we have connected each of the households with pipelines,” said an official.

According to sources in the PHE, the state has a plan to connect 50 lakh rural households with pipeline-based water supply by the end of 2020-21 financial year.

“It is a tough target to achieve given that situation is yet to get back to normal in the post-lockdown period. We are not getting required number of ground level staff because of transport-related restrictions. Moreover, we cannot start work at many places as those fall in containment zones,” said a source.

Top government officials, however, are hopeful of achieving the target of connecting all rural households in the state with pipelines by 2024-25 as many major water supply schemes initiated with loans of ADB or Jaica would come up by 2023-24.

A section of the officials said the state should have allowed the beneficiaries to pay 10 per cent of the project to ensure that the projects helped people in the long run.

“The beneficiaries’ share is needed to set up a fund for maintenance of the projects in future. If the government has to maintain all the projects, it would face several troubles, including delay in repairing in case of a breakdown,” said an official.

Another official said if the beneficiaries paid a certain percent of the project, it involved them with the project.

“This will help in preventing wastage of water. As a portion of the projects are based on underground water, minimum wastage of water has to be ensured,” said the official.