Mamata advises voters to be on guard against central forces

‘They are committing atrocities on villagers before polling day’ 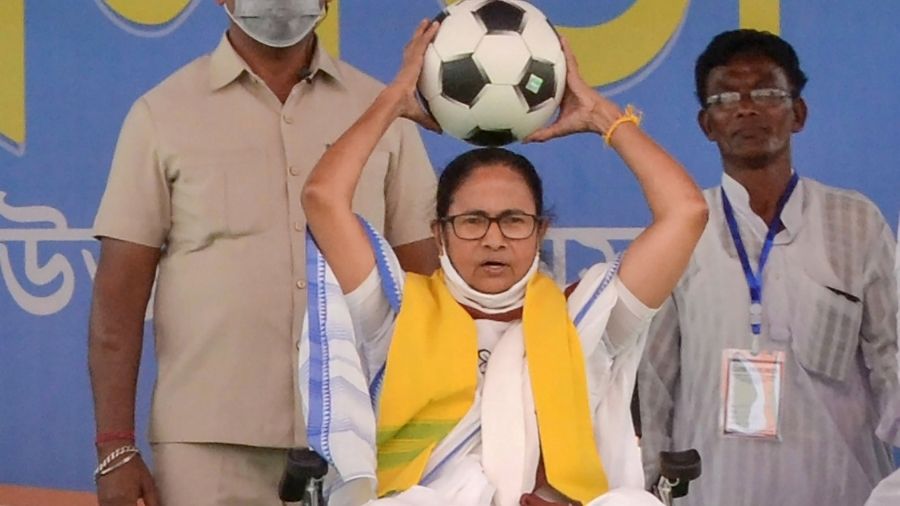 Apprehending that a section of central paramilitary forces may visit villages to intimidate people, Bengal Chief Minister Mamata Banerjee on Thursday asked voters to be on guard.

Addressing a public meeting at Balagarh in Hooghly district, Mamata alleged central forces are working on instructions of the "Union Home Ministry run by Amit Shah."

"I have respect for the central paramilitary forces but they are working on instructions from Delhi. They are committing atrocities on villagers before polling day, some of them are even harassing women. They are asking people to vote for BJP. We will not allow this to continue," the TMC chief said.

Mamata called upon the state police force "to keep vigil and not to bow their heads before Delhi.

"Your job is to ensure free and fair polls, please be stern with trouble makers and keep your integrity intact."

Asking villagers to lodge FIRs at local police station in case of any excess committed by central forces, the chief minister said, "If the police station refuses to accept the FIRs, inform us".

Blaming BJP for "spreading lies about promulgation of section 144 in an entire constituency," the TMC supremo said, "They (BJP) spread lies to create panic. In reality, section 144 is in force within 200 metres of a booth. But they are doing this to prevent our voters from going to polling stations."

Mamata asked polling agents to be vocal and to protest any "misdeed by BJP and security forces".

Mamata, who iterated the TMC government's commitment to protect the heritage Rathyatra in Mahesh, the celebrations at Bandel Church, the unique Santhal festivals in Jangalmahal, chanted 'Chandi Mantra' while wrapping up her speech.

She exuded confidence that Byapari would always stand by the marginalised in the constituency.