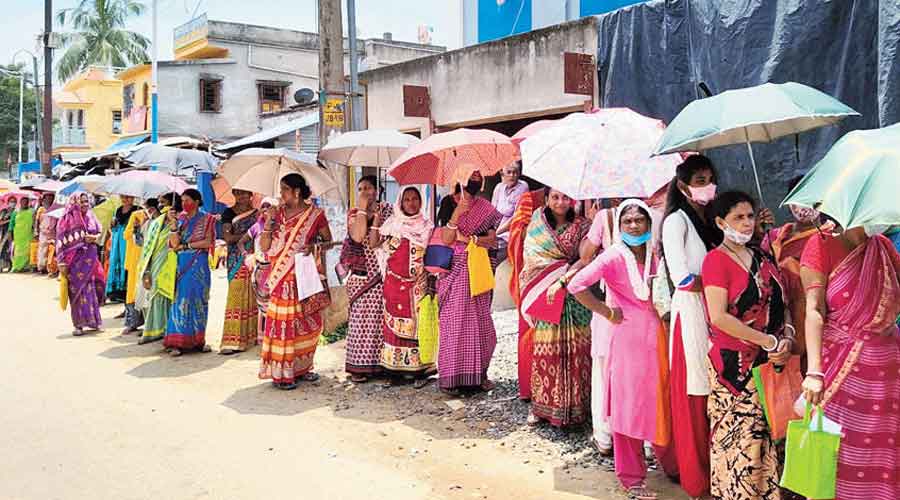 The Bengal government has decided to monitor all welfare schemes run by it more closely on a regular basis to ensure that these do not face glitches, a move necessitated by the unprecedented funds crunch facing the state exchequer.

Some officials said monitoring schemes at regular intervals is crucial when the state is facing acute funds crunch.

“After launching the Lakshmir Bhandar scheme, the state government will have to shoulder Rs 17,000 crore for  only this. If proper monitoring is not done, other schemes may face trouble as the state’s revenue generation has not increased in the backdrop of the pandemic,” said a source.

That’s why chief minister Mamata Banerjee has given state chief secretary H. K. Dwivedi the onus to review each scheme once a month from now on, said a source, adding that a schedule has been drawn up for regular review.

As an example, schemes like midday meals, scholarships for students, tablets and smartphones for students and student credit cards, run by the school education department, will come for review on the first Monday of the month. Lakshmir Bhandar, Kanyashree, Rupashree run by the women and child development and social welfare department will be reviewed on the first Saturday of every month.

“The schemes will be reviewed at regular intervals to ensure these don’t face trouble. If they do, hurdles can be removed during the top-level meeting,”  said a senior official.

A minister said these schemes are vital for the ruling party as it is believed that these have helped the Trinamul retain power for the third consecutive time. “We will focus more on schemes ahead of the 2024 Lok Sabha polls particularly when we want to take the BJP head on,” the minister said.

The chief minister's administrative review meetings scheduled in North Bengal on September 6, 7 and 8 have been cancelled after elections to Jangipur and Samserganj in Murshidabad and bypoll in Bhowanipore was announced on Saturday.

"During the review meetings, several instructions and development schemes are usually announced. As the chief minister would not be able to make any announcements, the meetings have been cancelled for the time being," said an official.