It was inaugurated with the Nehru Gold Cup, a prestigious football tournament where several international teams had participated in 1987 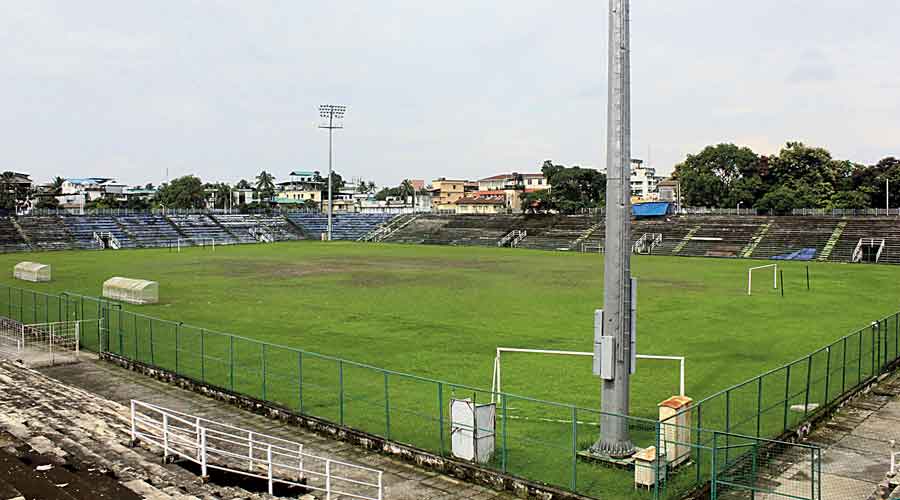 The Bengal government has taken over the Kanchenjunga Stadium of Siliguri, the second largest football stadium of the state after the Yuva Bharati Krirangan in Calcutta, with all its assets and liabilities.

On Wednesday, the additional chief secretary of state youth services and sports department notified that the Kanchenjunga Stadium Committee, comprising sports enthusiasts and others, which ran the sports arena, was dissolved and its members were absolved of their duties.

Instead, the district youth officer has been tasked to look after the stadium.

“It was once one of Bengal’s finest soccer stadiums. Unfortunately, it is dilapidated for years now. We are hopeful that the state government will take all necessary measures for its thorough renovation,” said Kuntal Goswami, the general secretary of Siliguri Mahakuma Krira Parishad (SMKP), the subdivisional sports body of Siliguri.

“The stadium is spread over 7 acres and can accommodate around 30,000 spectators. But owing to its poor infrastructure, we have not hosted many national level soccer matches in four years here,” an SMKP member said.

Sources said the stadium lacks a modern changing room, a media centre and a proper VIP block. Also, the drinking water supply and drainage system are in bad shape. Concrete plasters have been peeling off from the structure.

The foundation of this stadium was laid in the early 1980s. It was inaugurated with the Nehru Gold Cup, a prestigious football tournament where several international teams had participated in 1987.

Former skipper of the Indian cricket team Sourav Ganguly had come to the ground with almost all his team mates for a charitable match in the early 2000s. The stadium also hosted Ranji Trophy cricket matches. Spectators here have also witnessed soccer matches of Germany’s Bayern Munich, India’s Federation Cup matches and the Derby matches played among famed football clubs of Calcutta.

Sports buffs reacted to the takeover positively. Manoj Verma, the cricket secretary of the local sports body, said: “This is definitely good news for sports enthusiasts of the city. We had appealed to the state government that like the Barasat and Kalyani stadiums, the Kanchenjunga Stadium should also get an overall facelift, so that we can host international and national level sports events here.”