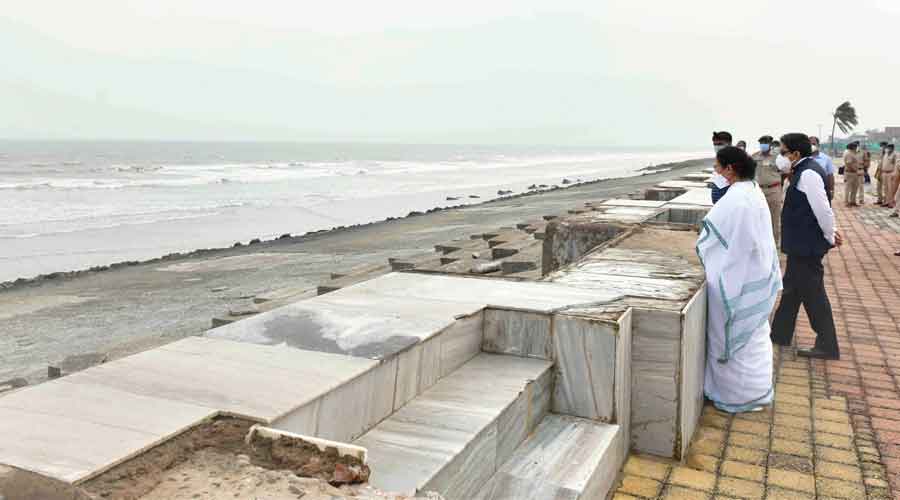 As one who has served the state government for half the “senior, secretariat years” while the other half of this period was at the Centre, one could be a little distant from parochial quarrels. Incidentally, governments were almost always in confrontational mode and one is quite used to the issues and tensions involved.

Mercifully, the PM and most of the ministers that one served were better educated and more cultured and the debate between the two levels of the federation did not hit the rock bottom that it does now. It is obvious that such limitations of genteel conduct do not hold back the present clique and its current depredations are met by a street-fighter who can retort measure for measure.

This explains, to some degree, the present no-holds-barred war between the two, which is quite unprecedented even to those who have seen battles before and had, willy-nilly, to be involved with one side — depending on where one was posted at what time.

A bit of tension between the two layers of federal governance is, however, not too unhealthy for establishing working procedures in such a constitutional arrangement. It also permits the release of steam on both sides that often represent and articulate contesting interests of separate audiences. Occasional blow-ups actually help absorb the heat of the conflict and may assist in finding new ways out.

It is, however, ironical that Narendra Modi (chief minister from 2001 to 2014), who was the greatest votary of the autonomy of states in a federal set-up, is the one who has now taken upon himself the task of destroying India’s federal structure with the intolerance of an Aurangzeb.

But it is his special venom towards Mamata Banerjee and Bengal that is worrisome, not because he would succeed in wreaking much havoc on either, but because of the ill-effects it has on his own health. Like blackmail, sulking and vengeance have little place in a democratic federal structure.

If the PM was so insistent, he could have easily requested the CM in advance to accompany him on his aerial survey of the cyclone-devastated areas yesterday. Instead, he seethed within when the

CM moved on her pre-announced tour of the affected areas. Such pent-up rage is not conducive to his health or that of the nation that is entrusted to him.

Issuing a summons to the chief secretary (CS) to be present in Delhi on the last date of his service does not behove of a Prime Minister. The poor CS certainly does not dictate what his CM should do or not do. In fact, if the PM felt, he could also have requested the CM to depute her CS to attend his meeting, instead of victimising him later.

The “order” of May 28, 2021, sent by the Centre is full of inconsistencies unbefitting the Appointments Committee of the Cabinet of a once-mighty republic that is on its knees begging the world for succour to control a pandemic that it failed to do.

First of all, it cannot issue a unilateral order on an IAS officer who is not under its control, but under another government within the federation. These issues have been settled time and again, and its obverse is that the state government cannot issue an order on an IAS or IPS officer of its own cadre who happens to be posted under the central government while he has tenure left with the Centre, without the Centre’s approval.

The second striking feature is that it is really not a posting order because it does not mention to which post the CS of this state has been posted. It is more of an intimation rather than a formal order and it requests the state government to release him. What is utterly humiliating is that a senior Union secretary-ranking officer is told to report to a central ministry, much like sub-inspectors of police are ordered.

The short point is that the central government cannot force an IAS or IPS officer to join a central posting in Delhi against his will, without either his written ‘option’ or his cadre-controlling authority, the state government, giving him prior clearance to ‘opt’ for the Centre.

Managing All India Service officers entails a complex balancing act and the founding fathers of our Constitution wanted it to be so. They have held the federation together through the worst of times like the long, bloody separative movements in Punjab, Assam and several other parts of India — when local people were determined to break away and state governments were taking sides.

The procedures enjoin that the Centre has to inform the state government of its intention to take deputationists from the state and officers have to give their ‘options’, which then has to be cleared by the state. Many of us have not been ‘cleared’ and were stuck with the state, but that is how it is. Incidentally, the national record for not permitting state IAS and IPS officers to go on central postings is held by none other than Narendra Modi as CM. Neither did the CS opt for the Centre, nor was his name cleared and forwarded by the state.

Assuming that all these procedures are short-circuited for some grave national emergency (the central government is not likely to collapse if the incumbent is not released), the question still remains that it is the state that has finally to decide whether to release him, even if it has ‘cleared’ his name for deputation in the first place.

The Centre can raise this issue further, but there is no time left for the matter to be dragged further as the officer retires from service on the next working day, May 31.

The gross injustice of heckling an officer of this rank by summoning him to Delhi on that very day hits even those who are ardent fans of strong administration.

Yes, the service of the incumbent has, indeed, been extended for three months, by this very central government just four days ago but this is purely in the interests of continuity in the fight against the raging pandemic — not to be, say, Union Secretary for Panchayati Raj.

The so-called order is surely nothing more than an expression of the central government's frustration and rage.

The law and the established procedures are in favour of the state government and even though the Centre has alerted the Administrative Tribunal, it will surely sweat profusely to justify its ham-handed and quite unprecedented order in the light of the law and natural justice.

It can huff and it can puff, but it can do little else. It could not have issued similar unilateral orders of transfer of four IPS officers from the state to the Centre the last time, a few months ago, because pique is no substitute for governance. Better legal counsel must have prevailed, and this “order” is even more ridiculous. It cannot stop the officer’s pension under any circumstances and the law is very clear on this.

The order is absurdly and politically vindictive but we must also understand that it highlights not only the sheer pettiness of the Prime Minister but his style of constantly attacking the foe in his/her own territory, very much like Kabaddi. And as it happens in this game, the attackers gets pinned down and knocked out.

In an earlier prediction made on May 1 in these columns before the Assembly election results were out  (“My fear: Whoever wins, trouble and chaos lurk”), one had mentioned that “one is quite apprehensive that trouble and chaos may thus rule, at least in the near future”.

It is time to realise that all the dots that appeared thereafter join together — the shrill campaign to declare President's Rule because of a bout of post-election violence; the swoop at dawn to arrest prominent leaders of the ruling party and consigning them to jail and this present assault of federalism. Modi has, somehow, vent his wrath at the historic vote against him by the electors of this state and, more important, he must nail Mamata Banerjee to Bengal as he is almost certain that she is appearing as the only Opposition leader in India who is a real threat to him.

The boy from the small town of Vadnagar has met his match in the feisty woman in hawai chappals from the bylanes of Kalighat.

Those endowed with some minimal education are usually fortunate enough to be exposed to knowledge and to civilising values that assist them in developing their world view beyond the small universe into which they are born. It usually leads to the realisation that life is not just scoring points and intimidation.

But some who were unfortunate enough to be bred in painfully underdeveloped regions, such as Sicily and Calabria in south Italy, could not however avail of the broader civilisational virtues of America even after they migrated there in the early part of the 20th century. They continued to believe in the power of their rustic stiletto dagger that could lunge deep into the enemy’s heart and were exhilarated by the power and resources that capitulated before them. Civilisation, however, hit back in due course — exterminating the scourge of their unfettered gangsterism.

Other nations have also gone through similar learning cycles where such vicious fringe forces are concerned, but not until they have wreaked their complete cycle of havoc that propels them, quite genetically.

In a large but underdeveloped democratic polity and a struggling developing economy, crude operators can strengthen their position through mutually beneficial alliances with big capital, and then move on to perfect heavily-funded electoral management. They delight in   letting loose a well-planned, systems-driven, relentless juggernaut on lesser-equipped, naturally-divided democratic forces.

Once they and their enthralled brown-shirts have attained their objective of seizing power through democracy, they are terribly uncomfortable with irritants like plural, liberal democracy. The regime thus established goes around tackling the messy inheritance of constitutional governance by corroding and destroying national-level institutions and all organisations that ensure democratic governance.

It achieves this with the connivance of user-friendly aspirants among the elite corps of the bureaucracy — who are so easily persuaded by assured promotion to the highly coveted posts, in this cut-throat competitive market. The regime then lets loose these hounds and their agencies of investigation and command to bludgeon into submission the institutions of constitutional governance, as they are so high on smash and grab that they forget to rule and deliver.

The all-knowing whisperatti of Delhi discuss, in  hushed tones, their methodology used in specific cases — like persuasion, cajoling, temptation, transferring incumbents (where possible), bullying and finally, threatening with hints of minutely detailed dossiers on them. Much of the ‘dark side’ reportedly flaunted could well consists of exaggerations, perverted interpretations or simply imaginative constructions of falsehood.

One can now understand why the most protected and respected of national institutions are collapsing before such an onslaught, while others have simply been taken over by foisting the regime’s trusted and surely amoral bureaucrats.

Didi to PM: Accept your defeat