Bengal bypolls: BJP poll agent locked up by mom in fear of attack 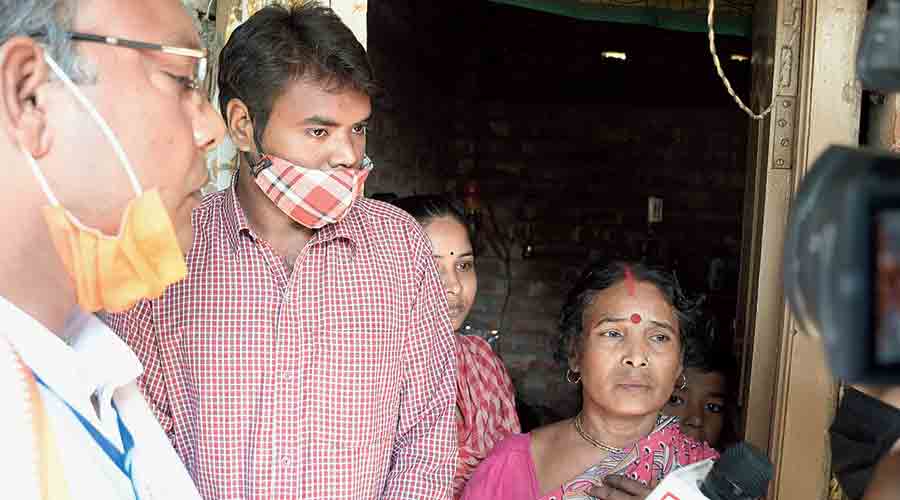 Afraid of a possible attack on her son, deputed as a BJP polling agent, a woman locked him up at home on Saturday in Nadia’s Santipur, one of the four seats where bypolls were held on Saturday.

Tapas Das, 27, a weaver, was supposed to go to a Phuliapara booth as the polling agent for BJP candidate Niranjan Biswas, but mother Madhabi would have none of it.

Tapas alleged that on Friday night Trinamul workers reached his home and threatened him with dire consequences if he dared to join as BJP polling agent at the booth near his home on Saturday. His 56-year-old mother ordered him not to step out of home, he said. Fearful that he might disobey her, she locked him up in a room.

Later asked why, Madhabi added: “Some youths, who I know well, came around 10.30pm and asked me not to allow my son to visit the polling station. They claimed if my son decided to ignore this diktat, he would be found dead outside the booth. How can I risk my son’s life?”

Madhabi said her elder son Tapan, a CPM worker, was unable to withstand threats by ruling party goons in 2018, and suffered a fatal heart attack.

When the news of the threats spread, BJP candidate Niranjan Biswas rushed to convince Madhabi to change her mind.Madhabi did not budge. All six members of the family decided not to vote.

When the EC representatives visited Tapas’ home and offered security so that the family could vote, Tapas asked zonal magistrate Kaushik Barui: “Will you provide us security after polls?”

Biswas said Tapas’s mother did what any mother would have done. “Trinamul-backed goons threatened villagers with dire consequences if they dare visit polling stations. Police were mum. The EC did not respond,” he alleged.

BJP MP from Ranaghat Jagannath Sarkar won the Assembly polls, but stayed on as MP, which led to the bypoll.

However, a local source said the BJP’s victory in the summer polls perhaps made the Trinamul camp want to “plug the loopholes” this time.

“There was no threat in the last election (earlier this year). But recently known faces have begun to behave like strangers. Saturday night’s threat was alarming” Tapas said.