Jamaat-ul-Mujahideen Bangladesh is using madarsas in Burdwan and Murshidabad as the breeding ground for terror: Reddy 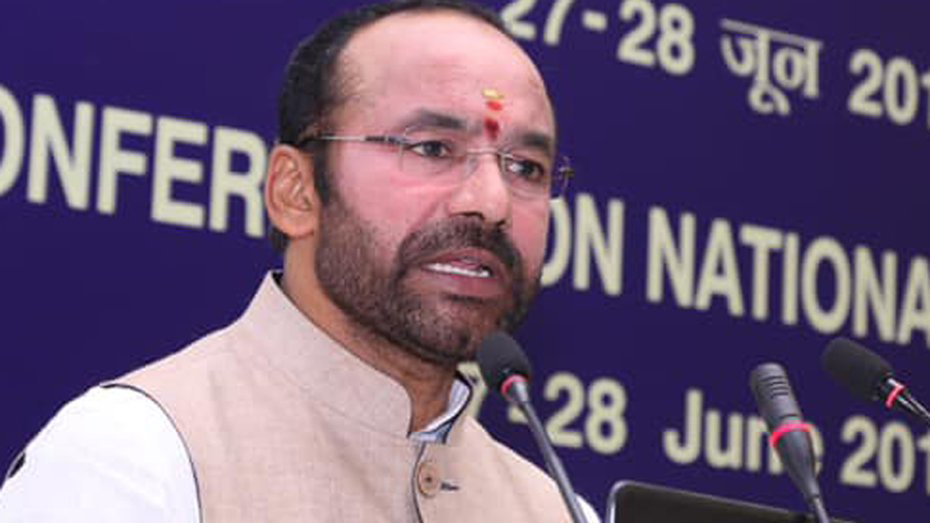 The Trinamul Congress and the non-BJP Opposition parties have decided to jointly pass a resolution in the Bengal Assembly to condemn a statement by Union minister of state for home affairs G.K. Reddy in Parliament that madarsas in the state are used for terror activities.

“We will pass a resolution in the Bengal Assembly during the ongoing monsoon session condemning junior home minister Reddy’s statement in the Lok Sabha. We have already spoken to Left parties and the ruling Trinamul about it. The speaker of the Assembly has given the permission to move the resolution, ” the leader of the Opposition in the Assembly, Abdul Mannan of the Congress, said on Wednesday.

Reddy had told the Lok Sabha on Tuesday that there were intelligence inputs of Jamaat-ul-Mujahideen Bangladesh (JMB) allegedly using madarsas in Burdwan and Murshidabad districts as the breeding ground for terror activities.

“The madarsas at these two locations in Bengal were being used for the radicalisation of youths and recruitment activities. The Centre on its part has already announced the JMB as a terrorist organisation,” the minister was quoted as telling the House.

Mannan said: “We strongly condemn such wild allegations. Students of madarsas are not terrorists. I, too, had been a madarsa student. Many Hindus also study in madarsas. Reddy’s statement only shows the dirty political mentality of the BJP.”

“One community cannot be labelled as terrorists. Hindus, too, have been involved in terror attacks like the Malegaon blast. All Hindus are not terrorists and similarly, all Muslims cannot be branded as terrorists,” Mannan said.

Echoing Mannan, Left legislature party leader Sujan Chakraborty claimed that the madarsas in Bengal had had a tradition of educating both Hindu and Muslim students.

“More Muslims study in general schools than in madarsas in Bengal. Such a wild allegations is nothing but an effort to spread hatred in Bengal,” the CPM MLA said.

Following the strong condemnation of the Centre by the Opposition benches, parliamentary affairs minister Partha Chatterjee said: “Such a statement in the Lok Sabha is politically motivated. The BJP has been politically targeting the Mamata Banerjee government. Through attacking one particular community, the saffron party is trying to damage India’s and Bengal’s heritage and the tradition of unity in diversity. It is a dangerous trend and we condemn it with strongest words.”

However, BJP legislature party leader Manoj Tigga said: “The minister (Reddy) is not talking without specific information. It is not a wild allegation. The Centre has already warned and alerted the state government on this.”