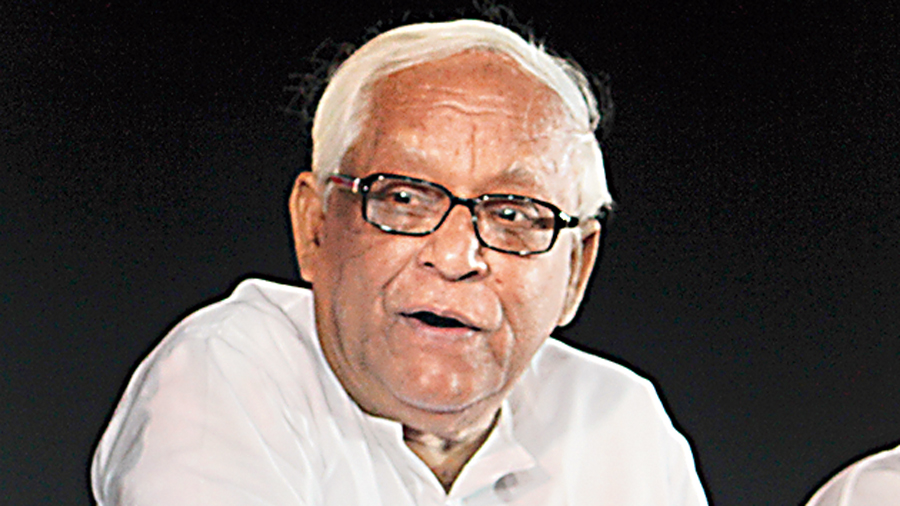 Once his was the only baritone emanating from the Left camp in Bengal’s political landscape. Ill-health has kept him away from active politics, and the annual Brigade Parade Ground rally,  for a long time now, so much so that the former chief minister has recused himself from the highest decision-making body of his party.

On Tuesday, in an audio message that was shared widely by the CPM and its supporters, Buddhadev Bhattacharjee spoke out. In a trembling, halting voice, he asked voters to create history in Bengal.

“Everybody realises that this is a crucial juncture for the state. The Left Front came out with the slogan, 'Farming is our base, industry is our future'. We gained in agriculture and were on the verge of expanding industry. Since the Left Front was voted out, everything has come to a standstill,” Bhattacharjee said in the 3.41minute-long message, released as the campaign for the second phase of polling on April 1, came to an end.

“Since Trinamul came to power, a dangerous situation has been created in the state. Economy is in peril. Agriculture and farmers are under threat. Prices of farm-produces are touching the sky,” he said. “No major industry has come up in the last 10 years. Democracy is under threat. Urban livelihood is feeling the pinch,” he said a day after  he had issued a statement seeking support for the Left-Congress Sanyukta Morcha.

Bhattacharjee said the situation could not be allowed to continue as the youth of the state were becoming the victims of it.

“While there is a threat to the state from the Trinamul and BJP, this has also given rise to a possibility. The Left, Congress and a secular party have formed a front to fight to preserve democracy and bring Bengal back on the path of development,” he said. “This government will be alert to the needs of farmers, workers and the common people. This is my appeal to create a new history in Bengal,” he said.

Five years ago, he had lobbed the idea of the CPM and the Congress shedding their political differences and coming together for the sake of the state. That was also the last time he was heard at a public meeting, as he pitched hard for a Left-Congress government while sharing the dais with Congress leader Rahul Gandhi.

The 2016 Assembly results had proved to be a disaster and the electoral experiment had evidently failed. In the 2019 Lok Sabha polls, feeble attempts were made but the two fought separately and were decimated.

The only difference that the CPM has offered this time is by fielding number of young candidates, some fresh from the party’s dwindling organisational pool. Bhattacharjee, in his back-to-back messages, also emphasised on the youths.