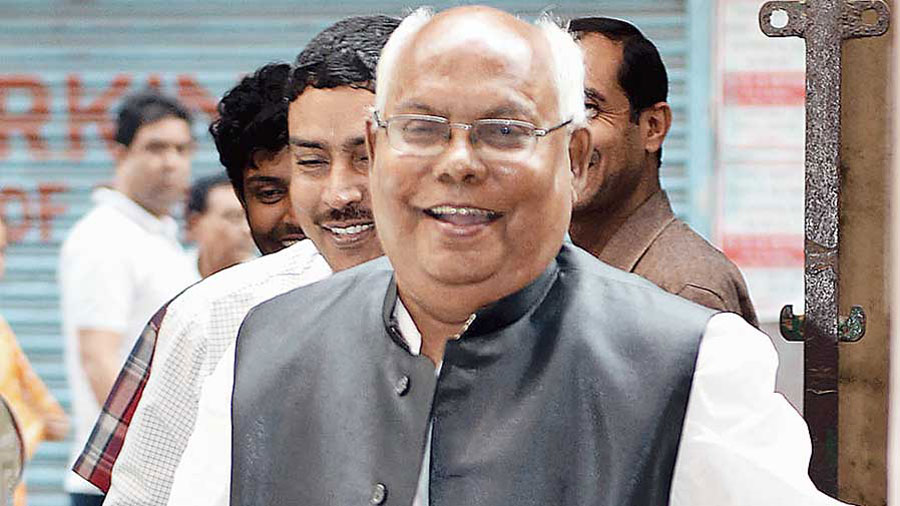 Hard-nosed politicians, turncoats and political newbies, the third phase of polling now underway in Bengal has all the elements.

Among the big contenders in Tuesday’s polling are the former CPM minister Kanti Ganguly, making a third attempt from Raidighi. The former Rajya Sabha MP from BJP, Swapan Dasgupta is contesting from Tarakeswar. The BJP has also fielded actresses Papia Adhikary and Tanushree Chakraborty in Uluberia South and Shyampur, both in Howrah. The outgoing Assembly Speaker Biman Banerjee is seeking re-election from Baruipur West. Sujata Mandal Khan, the estranged wife of BJP MP Saumitra Khan, is the Trinamul nominee in Arambagh.

On the other hand, the TMC turncoat Dipak Haldar has been fielded by the BJP in Diamond Harbour. Last week, Haldar was beaten up by alleged Trinamul supporters. Similar attacks happened in Falta as well. Clashes have also been reported between the Trinamul and ISF supporters.

Till 3 pm on Tuesday, 68.04 percentage of votes were cast in 31 seats where polling is underway for third phase.

Training her guns at Prime Minister Narendra Modi and Home Minister Amit Shah, Mamata eyeing a third term in office said that Bengal will be ruled by its own people and “not by anyone from Gujarat.”

"I will win Bengal with one leg and Delhi with two legs," Mamata said.

Going by numbers, the ruling Trinamul is far ahead of all it’s rivals in the fray. Of the 31 seats where polling is being held, the Trinamul is ahead in 29 seats, while the remaining two are with BJP as per the 2019 Lok Sabha poll results. Rival alliance partners- Congress and the Left- who fought the Lok Sabha polls separately, were reduced to single digits in terms of vote share. The Congress and Left in alliance with the Indian Secular Front are desperate to see a section of the voters it had lost in 2019 return to its fold.

In 2016, out of the 16 seats in South 24-Parganas, the Left had won only one seat, the rest going to the Trinamul’s kitty. The Trinamul, in 2016, had won all the eight seats of Hooghly that are voting on Wednesday, though three years later the BJP had marched ahead in two of the seats: Goghat and Pursurah.

The biggest worry for the Trinamul is infighting and charges of corruption.

In 2017, chief minister Mamata Banerjee had pulled up Chinusrah MLA Asit (Tapan) Mazumdar at an administrative meeting telling him to let go of his “commission” to bring down the cost of a stadium project.

While campaigning this time, Mamata promised voters in Hooghly that her nominees —  Mazumdar and Tapan Dasgupa, of Saptagram, will not commit any “wrongs.”

Mamata also questioned the logic behind holding Bengal assembly elections in eight phases. "It could have been done in 3 or 4 phases," she said.

"Was it not prudent to hold the elections in fewer phases and wrap it up early in view of the COVID-19 situation?" the chief minister asked. Banerjee also claimed that the coronavirus situation was not grim in the state as of now. The country recorded an all-time high of 1,03,558 coronavirus infections in a day pushing the nationwide COVID-19 tally to 1,25,89,067, according to the Union Health Ministry data updated on Monday. In West Bengal, 1,957 more people had tested positive for the infection on Sunday.

To ensure that the more than 78.5 lakh voters can exercise their voting rights to decide the fate of 205 candidates 618 companies of CAPF deployed to guard 10,871 polling stations, all of which have been marked "sensitive" by the Election Commission. State police forces have also been deputed at strategic locations to aid the CAPF.

Sharpening its attack on the TMC over issues ranging from corruption to political violence, the BJP held power- packed campaigns across the three districts over the past few days, led by Prime Minister Narendra Modi who addressed several public meetings.
The TMC chief, who is still recuperating from her injuries, traversed the length and breadth of the three districts on her wheelchair, highlighting her government's development schemes, and hurling barbs at the BJP over price rise, and other central government policies.

With the Covid-19 situation in the state taking a turn for the worse, polling will be held amid strict adherence to health protocols across all 31 constituencies -- 16 in South 24 Parganas (part II), seven in Howrah (part I) and eight in Hooghly (part I).