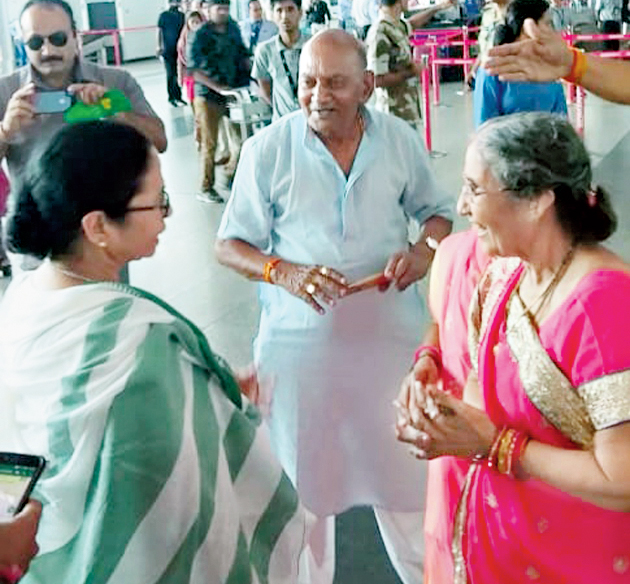 Mamata Banerjee, on her way to meet Narendra Modi in New Delhi, bumped into his wife Jashodaben at Calcutta airport on Tuesday, exchanged pleasantries and gifted her a sari, hours after the Bengal chief minister had wished the Prime Minister on Twitter on his birthday.

Jashodaben, who offered prayers on Monday at Asansol’s Kalyaneswari, was at the airport along with her brother and his wife when the Trinamul Congress chief walked up to her and greeted them warmly. Sources said Jashodaben and her family were en route to Ahmedabad.

Mamata, who had turned Jashodaben’s “plight” of being “abandoned” by her husband into a poll plank during the general election campaign, spoke to her for a couple of minutes.

“How are you? Thank you very much for coming to our state. Do take care and stay well,” Mamata was heard telling Jashodaben in Hindi, before gifting her a sari brought from the airport’s state-run Biswa Bangla showroom.

In April, Modi had said in an interview that Mamata sends him kurtas and sweets every year. 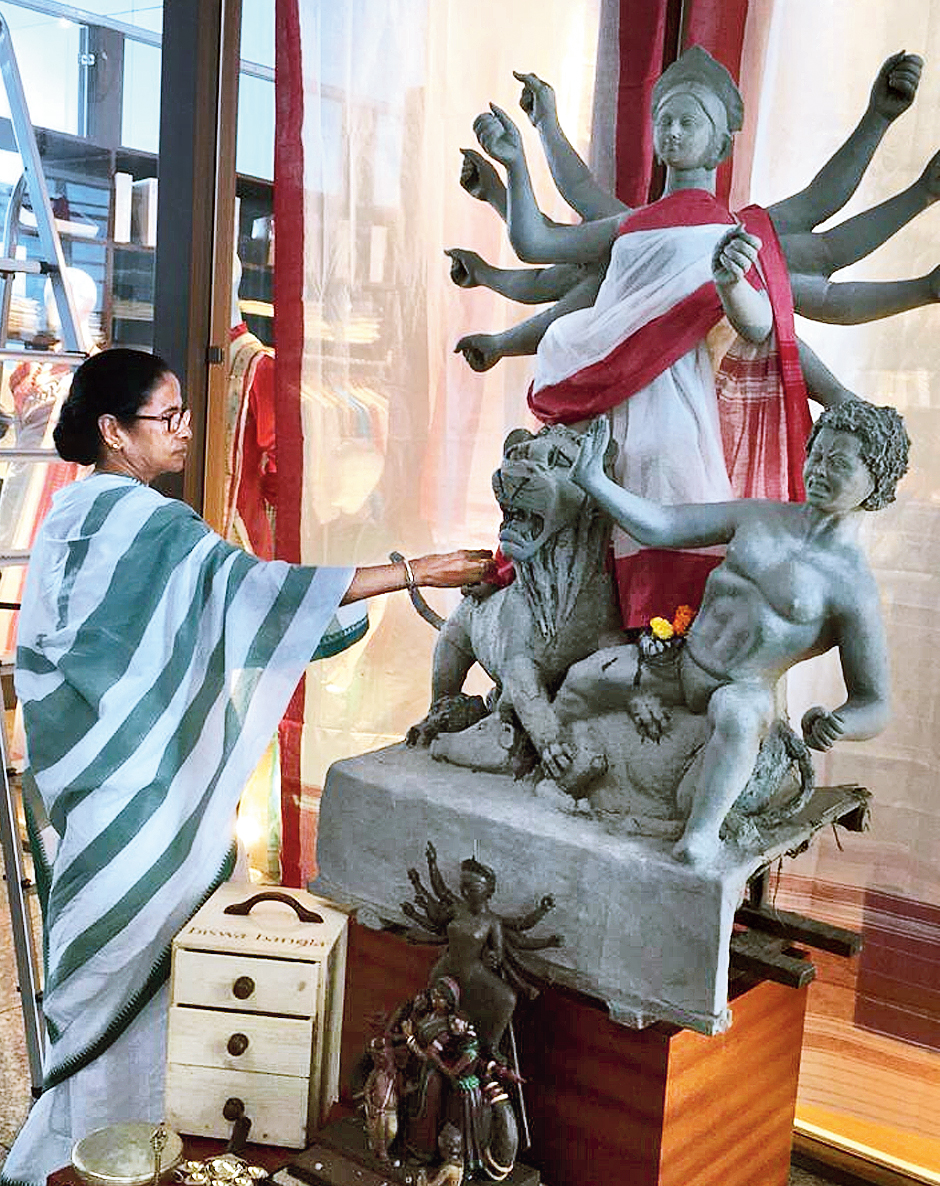 Mamata decks up an idol of Goddess Durga outside the Biswa Bangla showroom at the airport.
(Picture sourced by correspondent)

Since Monday afternoon, speculation has been rife in political and administrative circles over the meeting between Mamata and Modi, slated for 4.30pm on Wednesday.

Outside the airport, Mamata explained the reason behind her trip.

“Because of my responsibilities, I am here almost all the time. I rarely go out. Even Delhi, I go to very rarely. But sometimes we have to go for administrative reasons, because it is the national capital, Parliament is situated there. The President, the Prime Minister, the central government are there and at times there is a need to go there. It is routine,” said the chief minister.

“This time, I am going there to talk about funds due to Bengal. I am also going to highlight other relevant issues, such as the change of the state’s name,” she added.

The Trinamul Congress chief, who did not attend Modi’s swearing-in ceremony this summer, said she would also bring up issues pertaining to some reforms announced by the Centre.

“I would also like to talk about things such as the merger of PSU banks, the problems with Air India, BSNL…. There are several problems with the railways also. The employees cannot go anywhere else, they come to us and pour their hearts out. This is a good opportunity to talk about these concerns,” said Mamata, who stayed away from a Niti Aayog meeting in June.