S.K. Maiti, patron of Bidhannagar Horticultural Society, talks of the various uses that varieties of cactus are put to 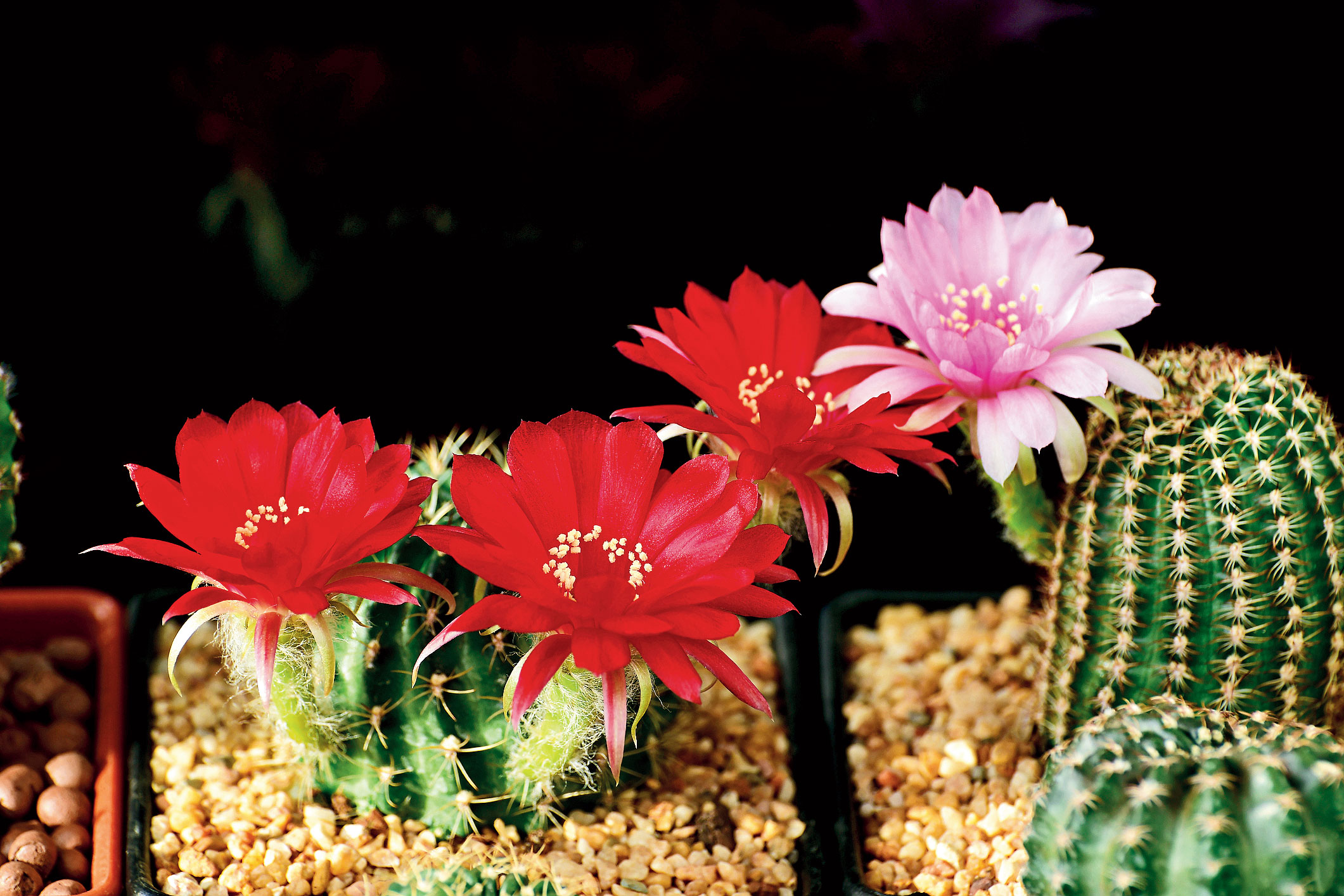 Most of the cacti in cultivation are true species and not hybrids. Cacti that have been hybridised are mostly Epiphyllums (called Orchid Cacti), Echinopsis and Astrophytums.

For simplicity, plants are usually described by their botanical names rather than a common name. The Cactaceae family has been divided into around 100 genera and it is the genus that forms the first name of the plant. Each genus has a number of species belonging to it and it is the species that forms the second name. Some species have been further divided into sub-species or varieties.

In the following pages, we shall concentrate on how to grow different varieties of cacti and other succulents in our garden.

Cacti are unusual to look at and also have some unusual features when it comes to their growth. In today’s column, we shall go over how the plants pollinate, how they flower and also about how they are classified and named.

A bee hovers over a cactus flower
(File picture)

Night-blooming flowers depend principally on pollination by bats or moths, but the flowers often stay open for some time the following morning, thereby giving other creatures a chance to contribute to effective pollination.

Flowers pollinated by bats are bell or funnel shaped, usually pale-coloured inside, with thick fleshy petals to enable the bat to cling on. They have large numbers of stamens with copious pollen, and usually smell unpleasant to humans. The genera with this sort of flowers are the large arborescent cerei such as Carnegiea, Pacycereus and Weberbauerocereus.

Finally, moth-pollinated flowers are smaller with copious nectar at the base of a very long, thin flower tube into which the moth can extend its proboscis, sometimes to more than eight inches. They have white inner-petals, a strong sweet perfume, and can be found in diverse genera such as Epiphyllum, Pymaeocereus and Discocactus.

Many cacti are self-fertile, meaning that a single plant is capable of setting seed, without any help from a pollinator or by the transfer of its own pollen from stamen to stigma.

Most species are self-incompatible, so the pollen needs to be transferred by an insect, bird or animal from the stamen of a flower or one plant to the stigma of a flower on a different individual of the same species.

Flowers that open in the day can be pollinated by flying insects, notably bees, flies, wasps or even beetles. The other group of day flowers relies on hummingbirds and other birds; and these are usually red, sometimes yellow or green and unscented. The flowers can be bell-shaped, as in Echinocereus and Lobivia or tubular like some Cleistocactus and

An interesting feature of some cacti when they reach flowering stage is the formation of a special part which is required for flowering. This highly adapted structure is called cephalium and it takes various forms.

Nocturnal flowers appear from the cephalium followed by fruits, which are expelled from the cephalium when ripe. Also, there are terminal cephalia that appear at the growing point of the plant when it matures. Once this begins, the production of normal vegetative areoles ceases, so that only the cephalium can grow. This is the case of Melocactus. When the cephalium starts to grow on a melocactus, the green part of the body never gets any bigger although the cephalium grows taller.