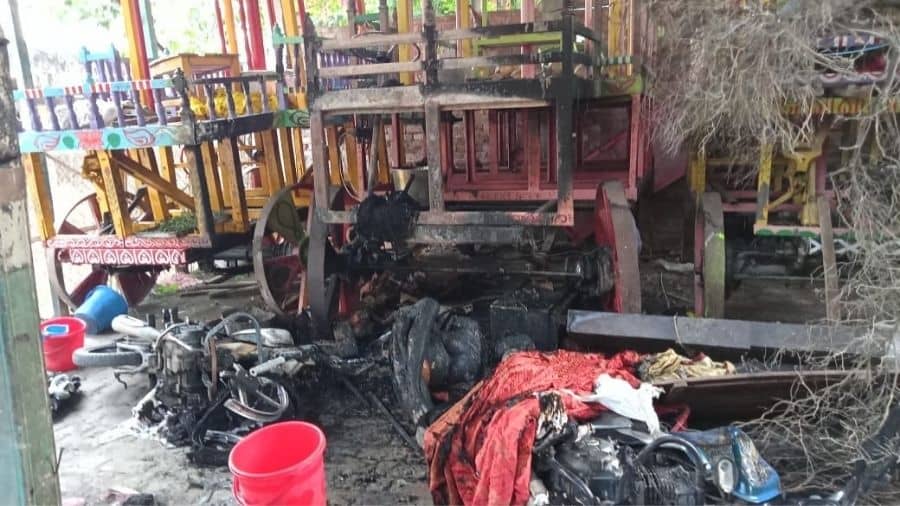 The West Bengal government has alerted its district administrations, particularly those bordering Bangladesh, against the misuse of social media and circulation of fake news related to the recent spate of attacks during Durga puja in the neighbouring country, and urged them to take measures to maintain law and order, a top official said on Monday.

All state agencies have been asked to be on toes to combat any attempt to create disturbances anywhere in Bengal amid the ongoing idol immersion ceremonies and observance of Fateha-Dwaz-Daham, he said.

"The government has asked district administrations, especially those bordering Bangladesh, to exercise caution against fake news circulation on the violence and vandalism in the neighbouring country. All agencies have been told to keep vigil and thwart attempts to create tension," the official added.

"Since 13.10.21, social media platforms have been flooded with posts of vandalism of Durga Puja pandals in Bangladesh. Centering these issues, districts along Indo-Bangla border have become hyper sensitive and the leaders of different Hindu fundamentalist organisations of India pro-active.

"...you are requested to sensitise you, officers and men, under your control and keep sharp vigil to avoid any untoward incident," the message by the ADGP said.

On Sunday, the West Bengal Police had retweeted posts by the Asansol-Durgapur police and Purba Medinipur SP, warning people with the intention of spreading misinformation of severe consequences as brawls were reported over multiple issues in the two areas.

"Some people are spreading wrong information that bombs were hurled at Puja pandals and damage was done, giving (the incidents) communal colour and trying to disturb peace in the area. Strong legal action will be taken for spreading such wrong and misleading information," the tweet by the Asansol-Durgapur police said. PTI SCH RMS