Window meant for port trucks to clear out 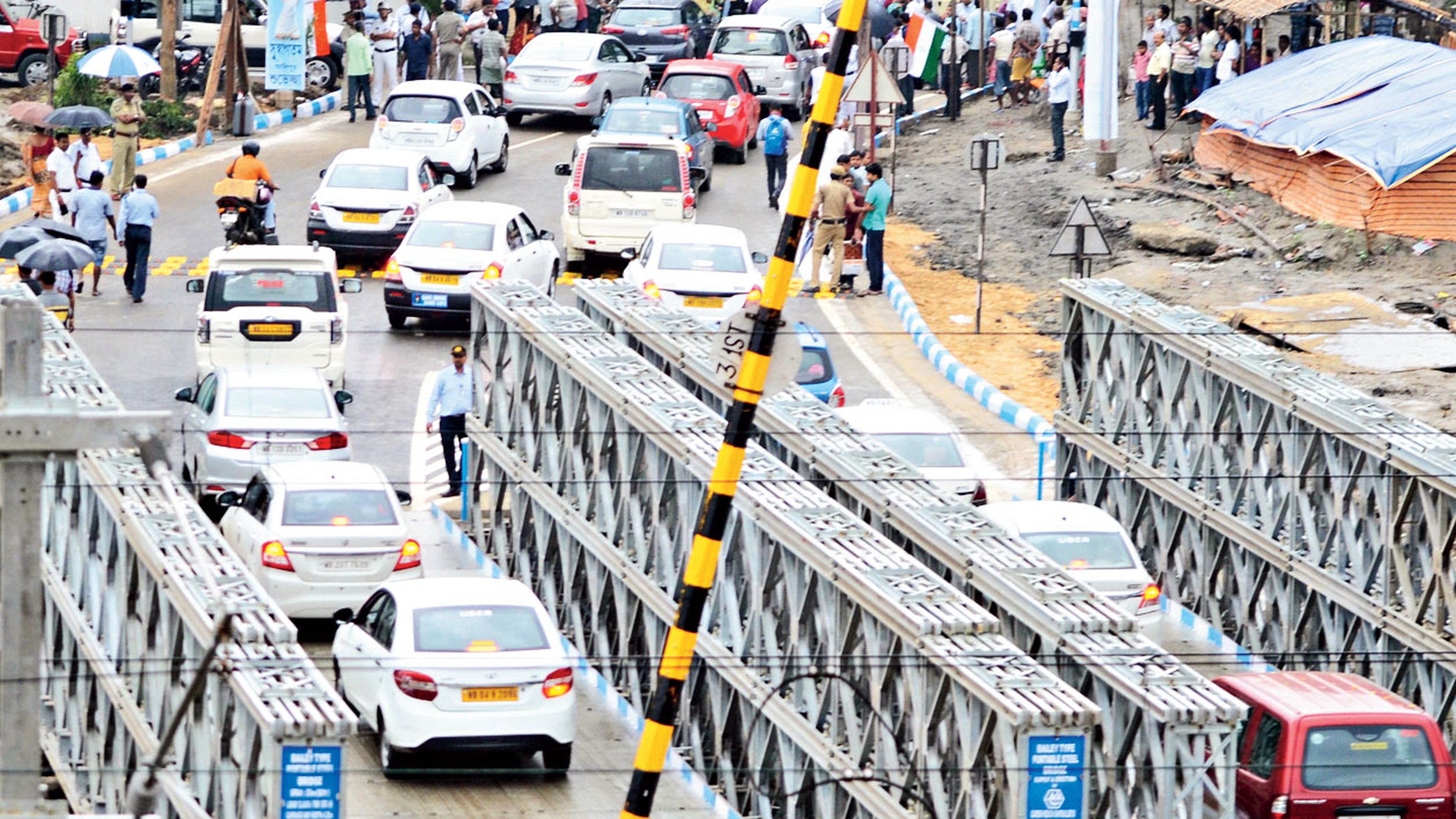 The two Bailey bridges that were built in New Alipore after the collapse of the Majerhat flyover. Two similar bridges will come up in Tollygunge.
Telegraph picture
Our Special Correspondent   |   Calcutta   |   Published 01.11.18, 10:07 AM

The timings for one-way traffic in either direction through the two new Bailey bridges linking Alipore and New Alipore were altered on Wednesday to ensure that the flow is in sync with the window for heavy vehicles to move in the port area.

Cars going from Behala towards Alipore will now be allowed to ply through the bridges from 10pm till 5pm instead of the earlier 1pm, police said. The pattern will reverse at 5pm and continue till 10pm. From 10pm till 5pm the next evening, vehicles will continue to ply towards the north.

The change was implemented on Wednesday keeping in mind the noon to 4pm window for goods vehicles to operate in the port area.

Since goods vehicles are free to move within the port division during that period, a change in traffic flow through the Bailey bridges would result in congestion, a police officer said.

“Even after 4pm, there is a buffer of an hour for goods vehicles to leave or enter the city. By the time traffic flow reverses on the Bailey bridges, there is no additional pressure on the roads because of the movement of goods vehicles on that stretch,” the officer explained.

The traffic department expects to use diversions to counter the additional traffic burden on that stretch when the Bascule bridge closes for two hours on Thursday and Friday for repairs. “Vehicles will be diverted through Remount Road and Hyde Road,” an officer said.